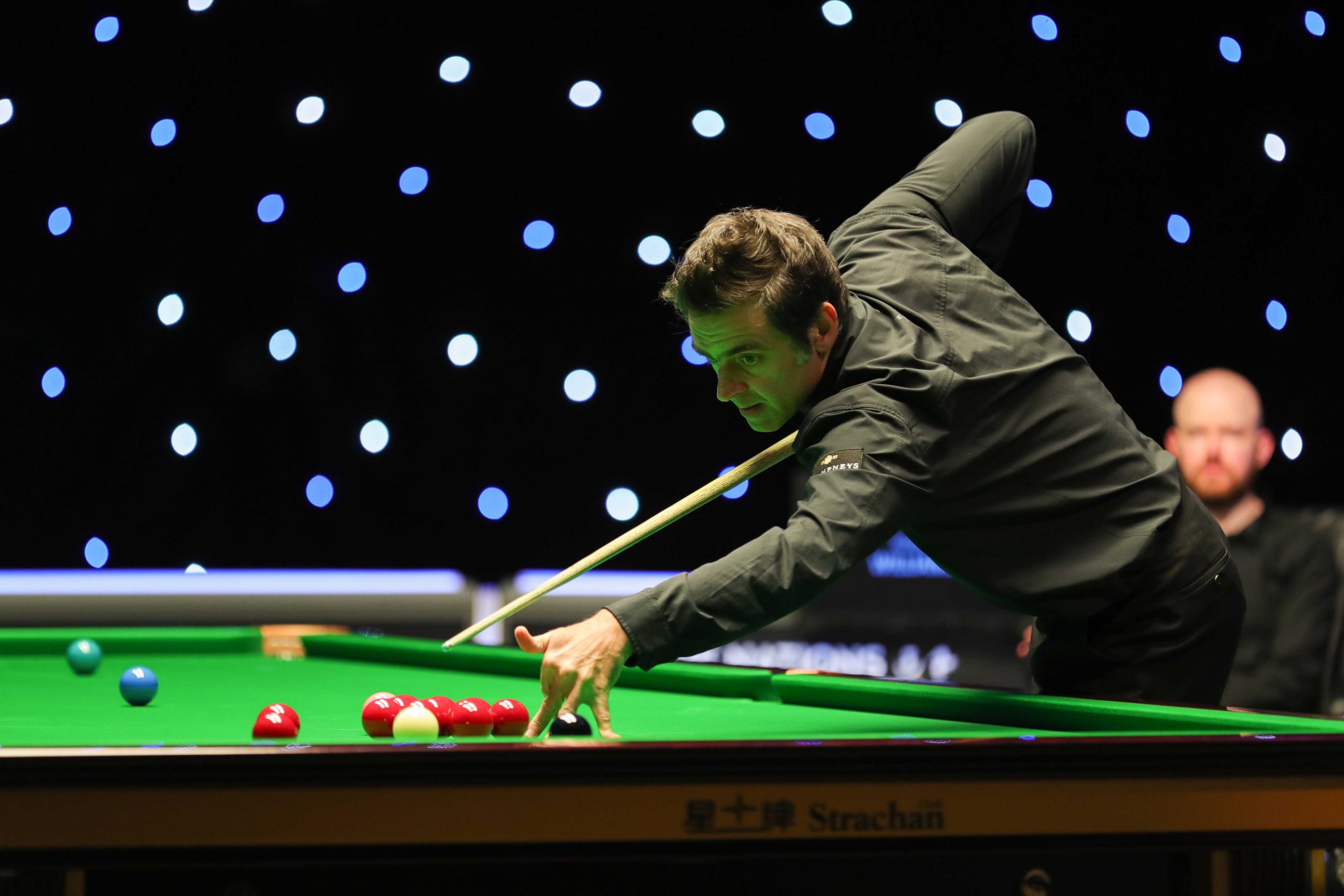 The Rocket was playing with a new tip today after biting the previous one off at the conclusion of his 4-1 win over Chang Bingyu yesterday. However, he visibly showed his frustration with the replacement throughout today.

Neither O’Sullivan or world number 84 Williams managed to produce their best in this evening’s encounter. However, 37-time ranking event winner O’Sullivan dug in to craft a run of 60 to secure the opener, before taking a tight second frame to lead 2-0.

Williams got a frame on the board by claiming the third, but O’Sullivan responded immediately to move one from victory and lead 3-1. The Rocket then took a tense 27-minute frame to get over the line and secure a 4-1 win.

Next up O’Sullivan faces a mouth watering quarter-final with Ding Junhui, who beat Jamie O’Neill 4-3.

O’Sullivan said: “Really happy to come through considering the tip. I’ve just got no touch and feel, so mentally you are always battling, no matter how well you play. You can’t hit every shot perfectly and this tip requires you to hit every shot perfectly. There’s no forgiveness in it at all. I was cueing alright, so I could have little spells where it was ok, but I couldn’t keep it going for long enough.

“I’ve been cueing ok for quite a while now. I just haven’t practised a lot, when I say I don’t practise, I do but it is four or five hours a week. That keeps my eye in. As far as cueing, I feel there are a few victories around the corner. I’m not chasing anything and I’m not worried. I’m just enjoying playing, which is a good place to be.”

Kyren Wilson edged out Barry Hawkins 4-3 in a high quality contest, to set up a quarter-final meeting with Jamie Jones, who beat Eden Sharav 4-3.

Wilson got his first frame of the evening with a sublime break of 134. The Warrior then missed the last black before the colours on 113, going for a maximum break, to lead 2-1. Further runs of 83 and 81 were enough to see the Crucible finalist through by a single frame.

World number one Judd Trump beat Mark Williams 4-1 to book his place in the quarter-finals.

Trump is aiming for a unique clean sweep of Home Nations events, having won the first two this season at the English Open and the Northern Ireland Open. He faces Li Hang in the last eight.

Mark Selby beat Lyu Haotian 4-1 to secure his progression to the quarters, where he will face Ricky Walden, who beat Mark Allen 4-3.