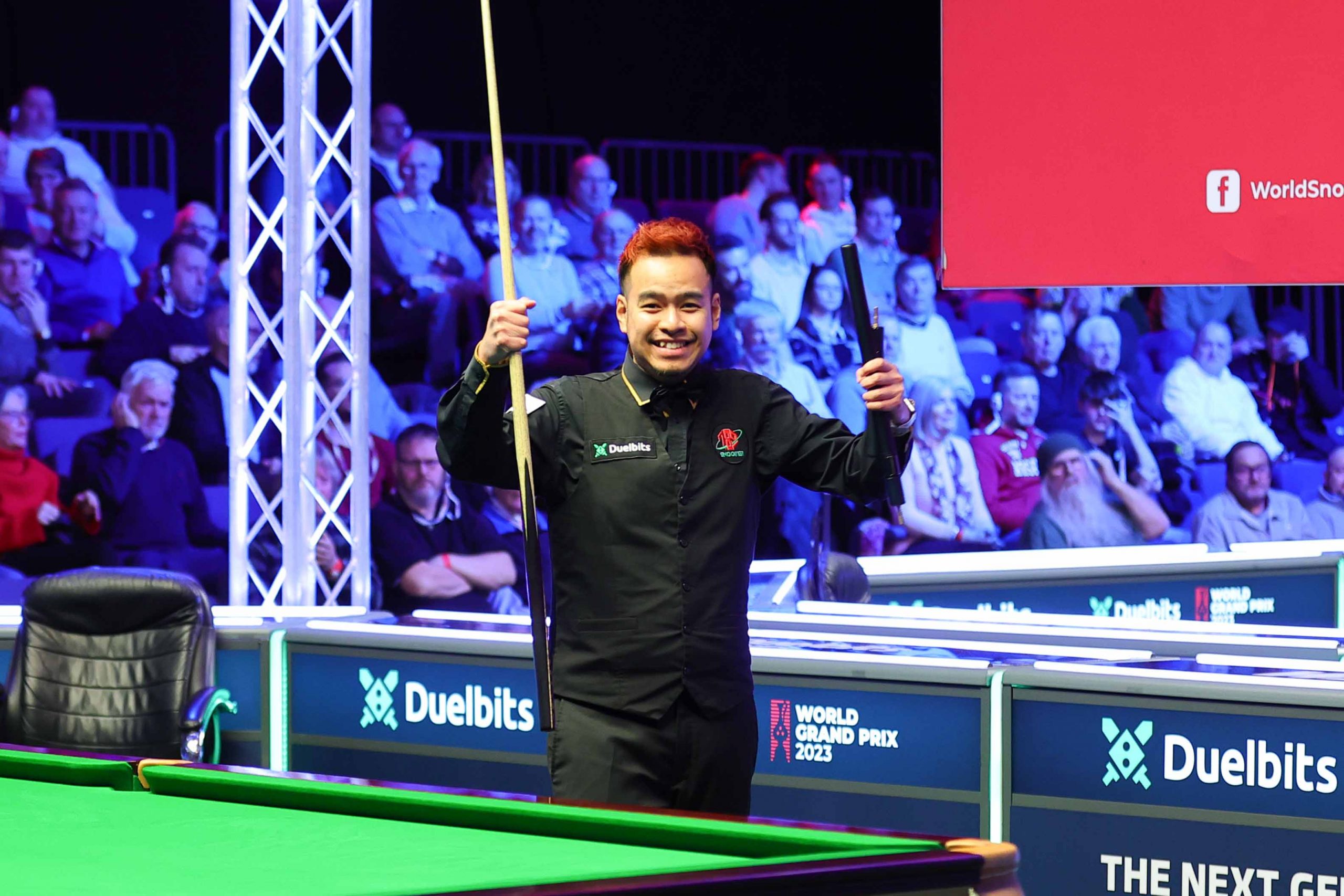 The Thai has enjoyed an extraordinary run so far this week. He beat world number two Mark Selby for the first time in five years in the opening round, before a first ever victory against 39-time ranking event winner Ronnie O’Sullivan in the last 16 and a maiden win over Williams this evening.

Saengkham is through to the semi-finals of a ranking event for the fourth time. His previous appearances came in 2018, when he was knocked out in the last four of the Welsh Open and World Open and he also made the semis at the 2022 British Open earlier this season. However, he is still chasing a first trip to a ranking final. Saengkham now faces number one seed Mark Allen, who he lost out to in the semi-finals of that British Open.

Williams will have to wait a bit longer to cash in on his fine form and capture his first silverware of the season. He went on a sparkling run to the final of the Masters last week, but lost out 10-8 to Judd Trump in an epic title match.

Saengkham started quickly this evening and made a break of 93 to take the opener, before adding the second to lead 2-0. Williams dug in to claim a fragmented third and then composed a break of 85 to take the fourth and restore parity at 2-2 heading into the mid-session interval.

They traded the next two frames, with Saengkham then taking the seventh to move 4-3 in front. The eighth frame came down to the final ball. Saengkham potted a superb pink into the right middle and then deposited a cut back black to get over the line a 5-3 victor.

“I am very happy today. It is a very big win to beat Mark Williams. I tried to protect every ball, but his long potting is so good.” said 30-year-old Saengkham. “I have had a very good performance this week. I am so happy. I still can’t believe it because in the last few months I haven’t been on form. I am here now and it is amazing.

“I have three experiences of semi-finals. This time I will try my best. I have good experience now. I will enjoy and keep smiling. I think this week is going to be my week.” 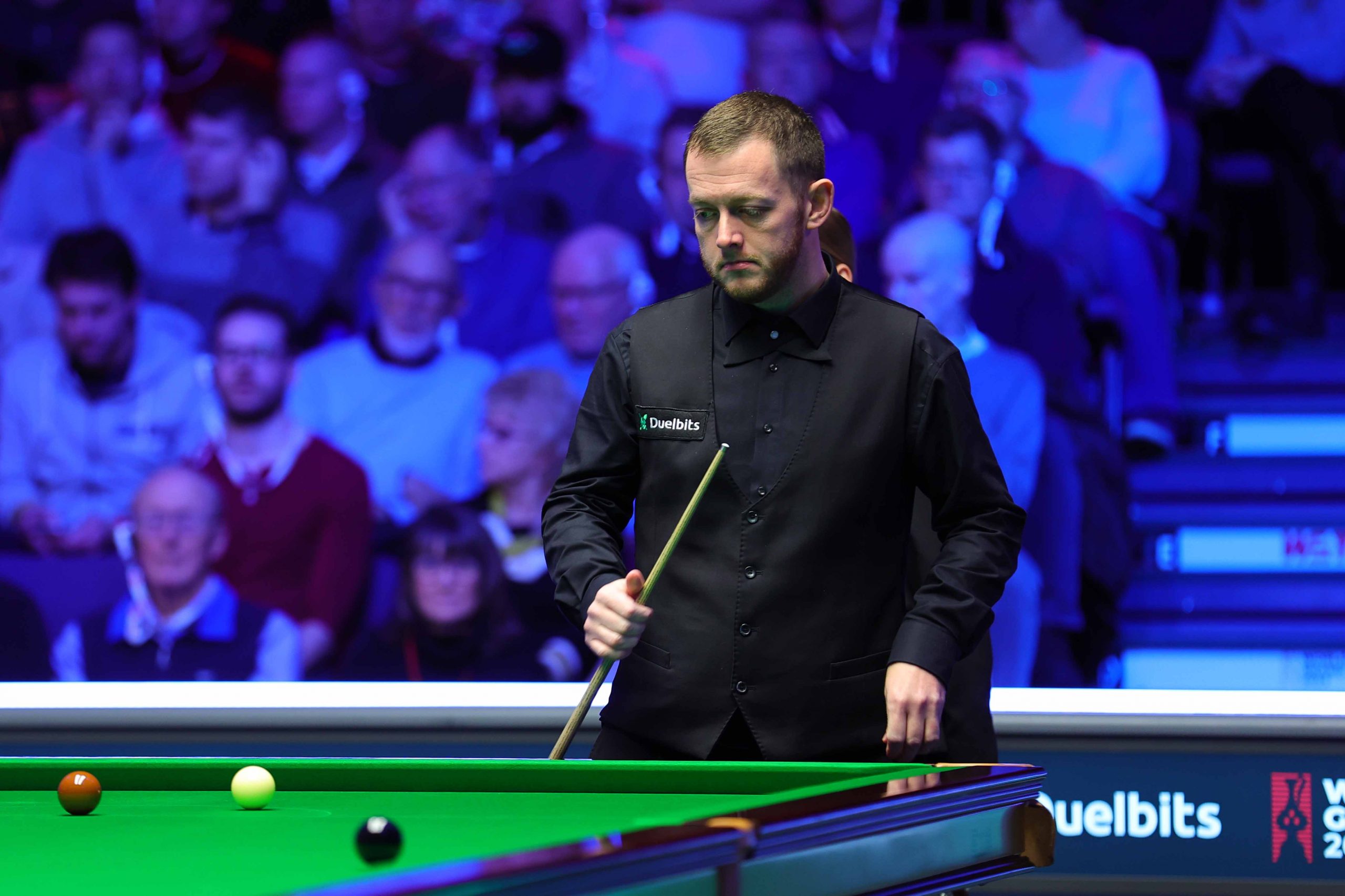 Allen earned his place in the last four with a gruelling 5-4 win over Jack Lisowski, which took four hours and 21 minutes.

The Northern Irishman has been the form player of the season so far, having notched up wins at the Northern Ireland Open and the UK Championship to top the one-year list. However, he had to summon all of his battling abilities in tonight’s game.

The pair traded 95 breaks to share the opening two frames. Lisowski then made it 2-1 by taking the third, before a marathon fourth. The frame lasted 58 minutes, with a portion of that being taken up by a debate over the award of a free ball, which Lisowski eventually elected not to take. It was Allen who took it in the end to go into the mid-session all square at 2-2.

World number five Allen won two of the next three to move to the verge of victory at 4-3. However, a stunning contribution of 68, with the balls in difficult positions, saw Lisowski force the decider. A break of 67 in the final frame was the decisive blow and got Allen over the line to book a last four meeting with Saengkham. Afterwards the Antrim cueman emphasised the importance of being able to battle when not at your best.

Allen said: “To be honest it is more important having a B game. You probably play your very best a couple of times a season, or a handful of times a year. You need to have that B game and sometimes your C game to get through. If you can nick those matches when you aren’t at your best it turns your season around. Two years ago I had a terrible season, because I lost almost every decider I played. I wasn’t getting on the right end of those close games, I’ve got on the right end of nearly every one this season. It makes a huge difference.

“Noppon is a class player. He is much improved and someone I rate very highly. I played very well against him in the semi-finals of the British Open. I need to play something like that to win tomorrow. He looks like he’s absolutely flying this week. I maybe need to try to do a bit of what I did tonight and keep him off the table.”