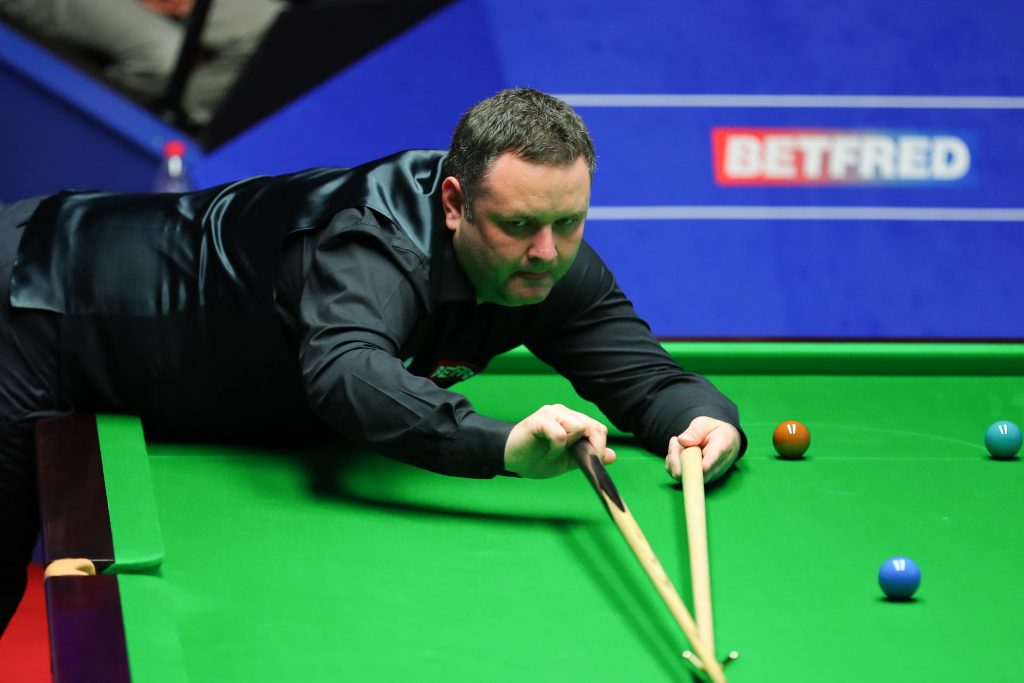 Stephen Maguire put his experience and tactical nous to good use as he scored a 13-9 victory over young sensation Zhao Xintong to reach the quarter-finals of the Betfred World Championship.

China’s 25-year-old Zhao has enjoyed a breakthrough this season, winning his first two ranking titles at the Cazoo UK Championship and German Masters. He was considered a genuine contender for the title at the Crucible, given his talent for long potting and fluent break-building. But Zhao had never previously played a best-of-25 frame match, and he was outfoxed by an opponent 16 years his senior.

“I kept it tight, I’m not going to out pot Zhao, I knew that from start to finish,” said Maguire. “So I wanted to keep him in the long grass and hoped the big long fancy shots he goes for didn’t go in.

“If they do go in and he makes big breaks, I’d shake his hand and say well played. But I thought it was going to be tough for him to  pot them all, over a best of 25. Snooker is hard, it’s not easy.”

Maguire is through to the last eight in Sheffield for the seventh time and could face a blockbuster clash with Ronnie O’Sullivan, if the Rocket can convert a 12-4 lead over Mark Allen into a quarter-final place.

A poor run of form over the past two seasons has seen Maguire slip to 40th in the world rankings, which meant he had to win two qualifying matches just to make it to the Crucible. Armed with a new cue and improved confidence, he looks much more like the player who has won six ranking titles. The £50,000 he is guaranteed from this event almost doubles his prize money for the current season and the Glaswegian is back up to 24th on the provisional end of season rankings. 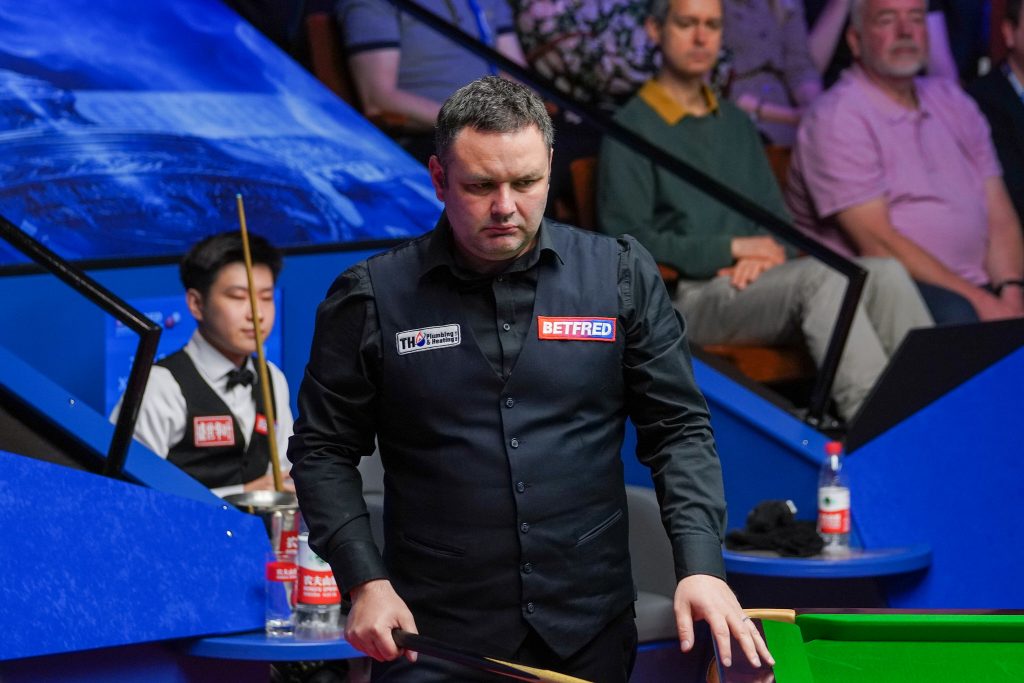 Maguire led 11-5 overnight and had a chance to take the opening frame today but, trailing 42-24, he missed a red to a centre pocket, gifting Zhao the chance to reduce the deficit. A break of 85 saw Zhao cut the gap to 11-7, but Maguire responded with an 81 to go five up with six to play.

World number seven Zhao took the session to an interval by making a break of 67 in frame 20 and when they resumed he dominated the 21st to close to 12-9. But Maguire quickly snuffed out any glimmer of a fight-back as a run of 59 helped him clinch the result.

Asked about changing his cue, Maguire said: “When I played Shaun (Murphy in the first round) I was rubbish. I felt like I had no chance in the second round. I went to Glasgow and borrowed my mate’s cue, and had a couple of days practice with it. I liked it and it seems like the good move now.

“Any professional snooker player that says they can’t change their cue is off their head more than me, of course you can change your cue.”

And asked about the prospect of playing O’Sullivan next, Maguire added: “I have played him here three times and never beaten him, which is not a terrible result because he will be spoken about as one of the best players in the world. If I play well I can put up a fight.

“I know how good I can play but I also know how bad I can play, so we will see what one turns up on Tuesday.”

Zhao said: “Stephen is a great player, in the first two sessions he played so well and put pressure on me. He has played for many years at the Crucible. I missed easy balls and gave him lots of opportunities to win the frames. I need to change my thinking in the way I play.

“This is my first time as a seeded player at the Crucible and this year it was all about the experience for me. Next time I will do better and hopefully win this tournament. I still have confidence.”