Mark Williams suffered one of his heaviest ever Crucible defeats as he lost 13-3 to Mark Selby in the quarter-finals of the Betfred World Championship.

Selby is growing stronger as the event progresses and looks every bit the player who lifted the trophy in 2014, 2016 and 2017. He subsequently suffered a loss of confidence, but with the help of renowned psychologist Chris Henry he has rebuilt his mental strength and technical excellence. The 37-year-old Leicester cueman will face Anthony McGill or Stuart Bingham in his seventh Crucible semi-final. 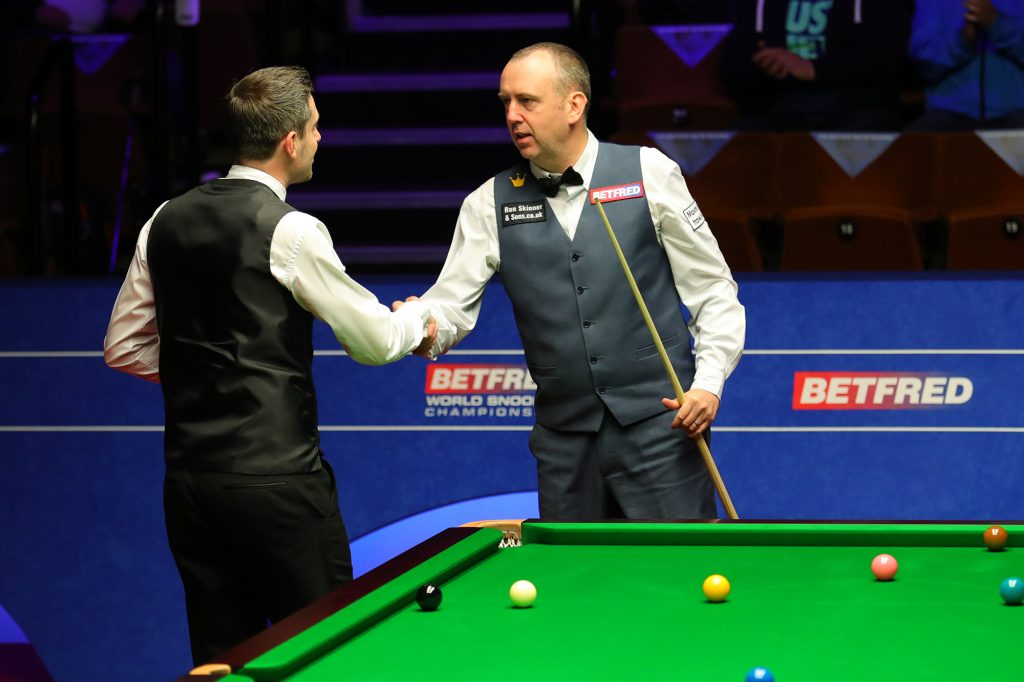 Having beaten Kurt Maflin 10-1 and Mark Allen 13-7, world number four Selby has conceded just 11 frames in reaching the semi-finals. He has made six centuries and 24 more breaks over 50, while keeping his opponents under relentless pressure with his tactical intelligence. A winner of two ranking titles already this season, Selby appears fiercely determined to add to his trophy haul and take the £500,000 top prize.

Welshman Williams is also a three-time champion but has rarely been as comprehensively outplayed in Sheffield. Only a 13-3 reverse against Ding Junhui in 2016 and a 10-2 defeat against Matthew Stevens in 2015 can compare to today’s scoreline. The 46-year-old was outstanding in a second round win over John Higgins, but couldn’t make the step up to Selby’s standard.

Selby led 6-2 overnight and soon extended that to 10-2 today with top breaks of 96, 58 and 66. Williams pulled one back with a run of 79, and needed another frame to ensure the match would go to a concluding session on Wednesday night, but could not avoid that ignominy. Runs of 48, 50 and 54 helped Selby to finish the contest and he now has the rest of the day to recuperate.

“I felt great from start to finish – I have done since the start of the event,” said Selby. “It’s nice to produce that out in the arena. I watched Mark play John Higgins and he played great, although John wasn’t at his best. I knew it would be a tough match but I was on my game. It’s nice not to have any stress tonight, I’d much rather have the night off than be going out there again at 8-8.

“Hopefully I can sustain the same level and in a few days time win a fourth world title. But I’m not getting ahead of myself because I need to keep playing the same way. I will try to stay as calm and relaxed as possible. I don’t mind who I play next, when you are at the table it doesn’t matter who is in the other seat. If anything this means more to me because I know the feeling of being last man standing. That makes me want to go out and do it again.”

Williams said: “I was totally outplayed, I knew it was over once it got to 10-2. If Mark plays like that then no one can stop him.”