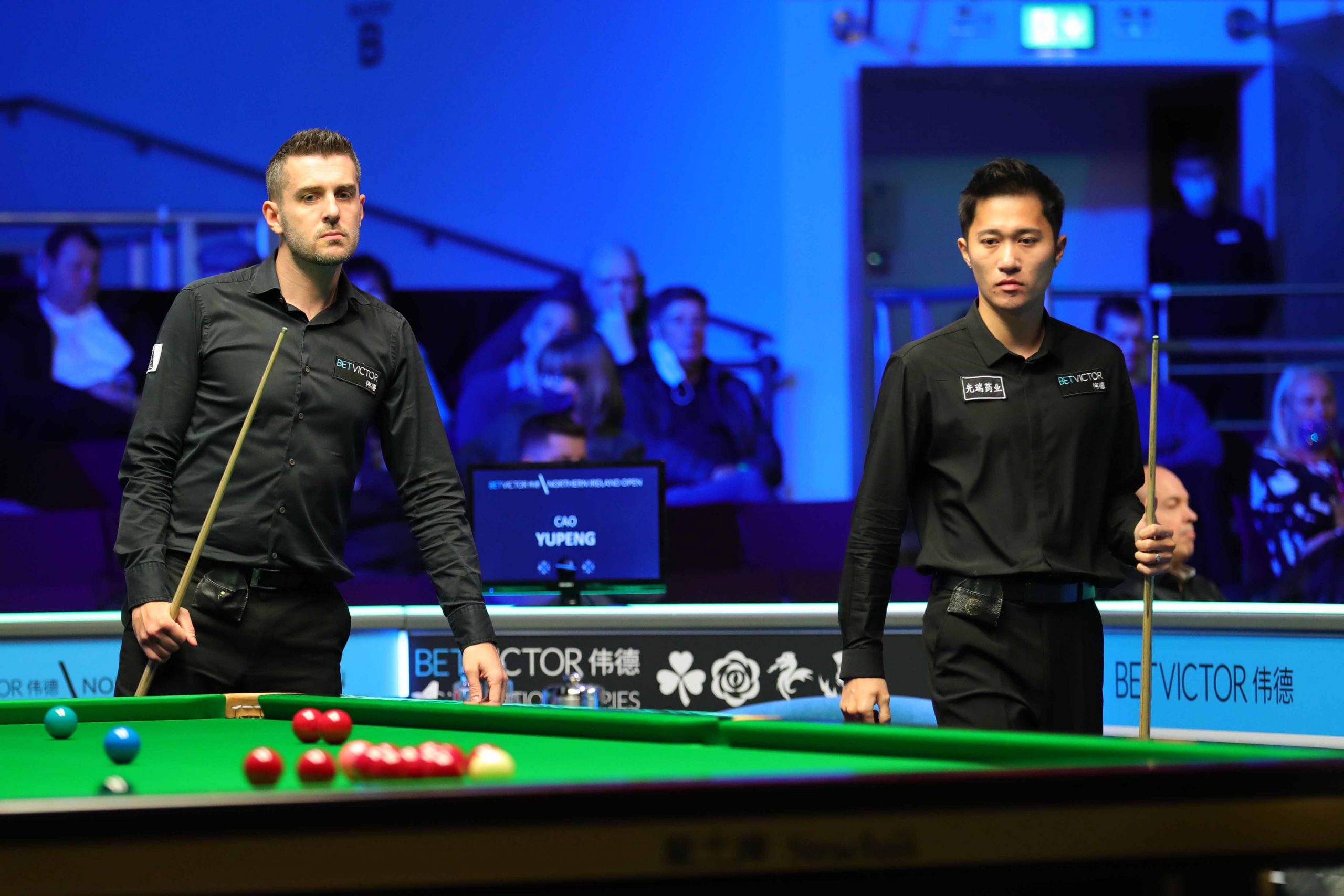 World Champion Mark Selby narrowly held on to his place in the BetVictor Northern Ireland Open, winning 4-3 after opponent Cao Yupeng missed the final black in the decisive frame at the Waterfront Hall.

Tickets are still available for the remainder of the event, for details click here and for the match schedule click here

Leicester cueman Selby had taken control of the decider with a break of 66, which left China’s Cao requiring a snooker. However, he got the penalty points he required by laying a tricky snooker on the green.

Eventually it was Cao who had the chance to win after clearing up to the final black, which was in the centre of the top cushion. He took it on, but left the black over the pocket for Selby to take his place in the last 32. Next he faces either Gary Wilson or Rory McLeod.

Selby said: “Once he landed straight on the pink, my mind would have been made up to try to play a decent safety shot and wait for another chance. I understand why he has gone for it, he probably thinks he might not get another chance. It was a tough shot to take on under the circumstances.

“I felt good out there. I thought Cao played well from start to finish. I have always rated him, even when he was on the tour a few years ago. I knew I was in for a tough match before it started. I really enjoyed it, from a neutral’s point of view I’m sure it was a good game to watch.” 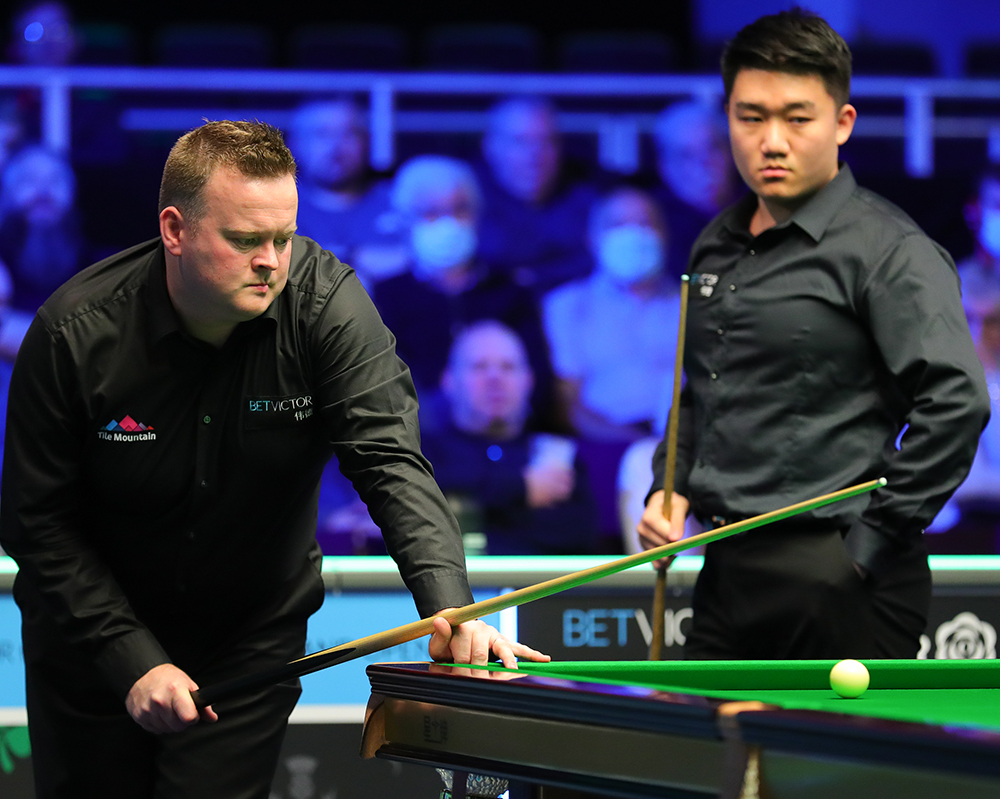 Shaun Murphy defeated Bai Langning 4-2 to clinch a place in the last 64, where he will now face Allan Taylor.

Murphy has struggled in this event in previous years, today’s victory sees him progress beyond the last 128 for just the second time, having succumbed to four previous first round exits.

The Magician reached his fourth Crucible final in May, but missed out on a second world title after losing an epic contest with Selby 18-15. However, having not taken to the baize since a 3-2 loss to Selby at the British Open in August, there were signs of rust this afternoon.

Despite being unable to amass any breaks of note in the first four frames, Murphy managed to battle to a 3-1 advantage. Bai kept the tie alive with a fine run of 73 to pull within one at 3-2. However, it was Murphy who got over the line with a break of 59 in the sixth.

Murphy said: “This has not been somewhere I’ve had great success at over the years. I love coming to Belfast. It is one of those funny balancing acts. I love coming here, but I keep losing on the table. I’m thrilled to get through and be able to spend a few more days here.

“I think the gap has been too long to carry any momentum into this season. Had we been in non-covid times maybe I’d have been able to carry that on. That is my first win in a proper match since the semi-finals of the World Championship back in April.

“I am expecting a stern test from Allan Taylor. He is a good friend of mine off the table. I was thrilled for him when he got back on the tour. He spent the year as the MC for these events, a job which I know he loved. He is a real entertainer, known for his impressions. He is a bit of a modern day John Virgo.”

Masters champion Yan Bingtao survived a scare against world number 93 Duane Jones, coming from 3-1 down to pull through 4-3, while Luca Brecel came from 2-0 down to beat Liang Wenbo 4-2.