Mark Selby won the first five frames of his quarter-final against Neil Robertson at the Betfred World Championship on Monday morning, though it was Robertson who finished the session strongly as he clawed his way back to 5-3. 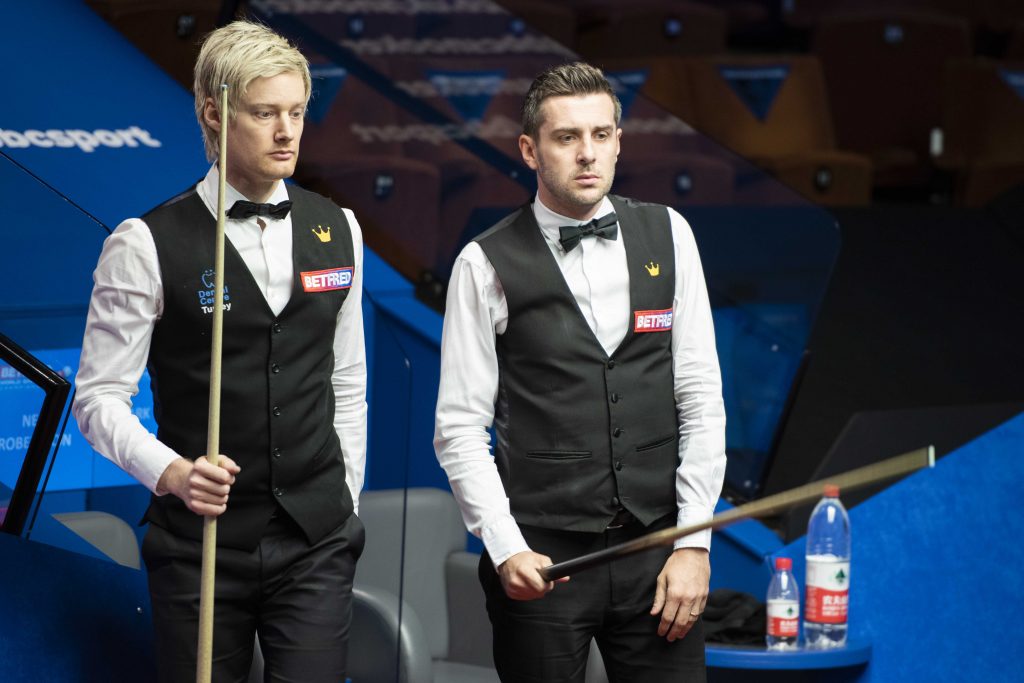 Two of snooker’s all-time greats, with 35 ranking titles and four world crown between them, are playing at the Crucible for the second time, and first since the classic 2014 semi-final when Selby won 17-15. This time the winner will go through to a semi-final with Ronnie O’Sullivan or Mark Williams.

The opening frame lasted 58 minutes and was settled when Leicester’s Selby potted blue, pink and black. Breaks of 73, 63, 72 and 66 helped the Englishman go 5-0 up.

Robertson finally got going in frame six with a break of 81 and he made an excellent 66 clearance in the next to reduce his arrears to 5-2. Selby led 55-0 in the last frame of the session but his opponent fluked a red and made 65 to take it to the colours. Australia’s Robertson then got the better of a safety battle on the brown and cleared for 5-3.

They return at 7pm tonight for  eight more frames, with the concluding session on Tuesday morning at 10am.