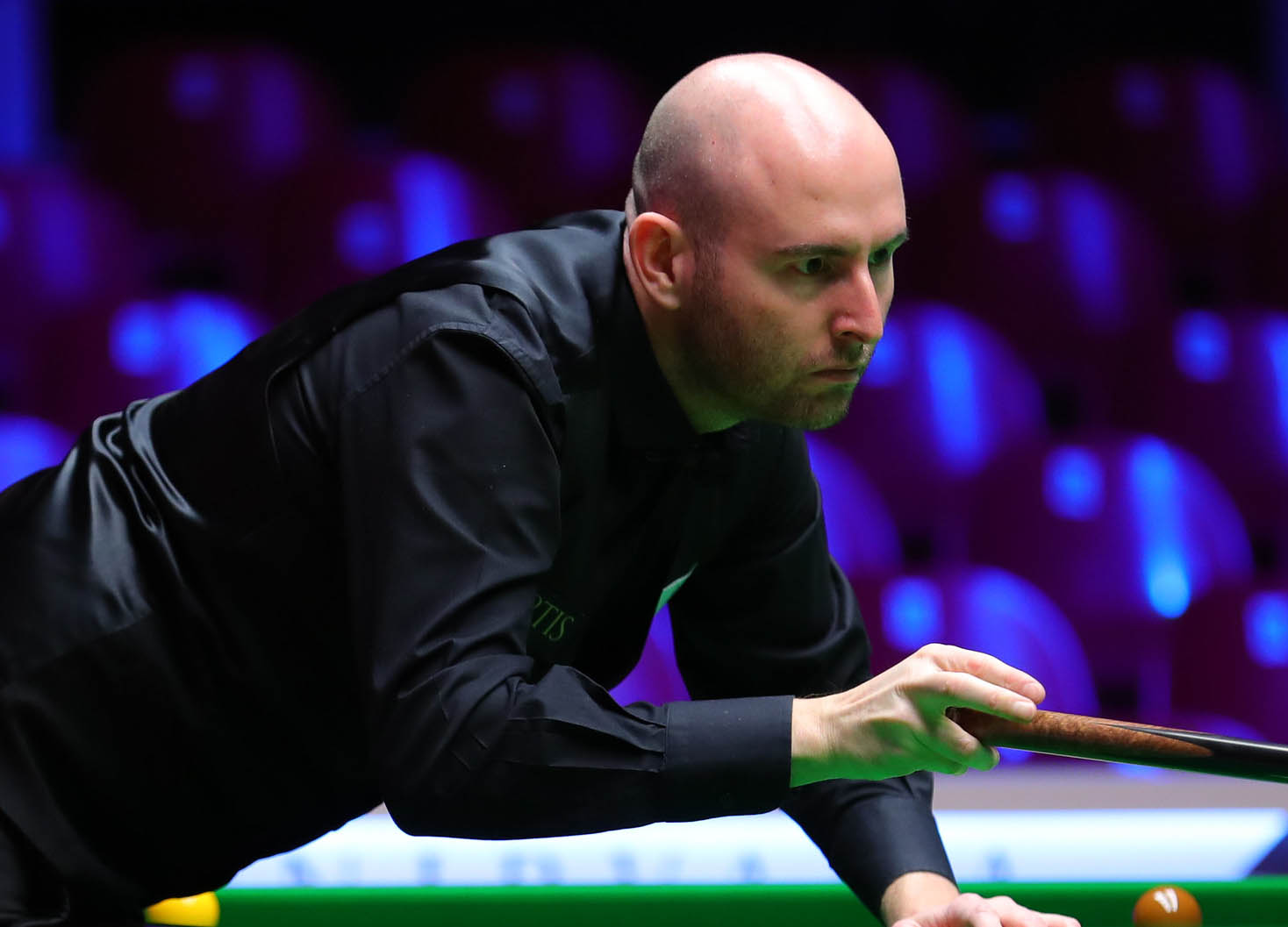 After one of his most consistent seasons on the circuit, Matthew Selt believes that breaking into the world’s top 16 and earning a Masters debut is now a realistic prospect.

World number 21 Selt says that becoming more accustomed with competing on the main table has been a key contributor to his recent success.

Selt was runner-up to Judd Trump at the inaugural Turkish Masters, an event where he scored a stunning 6-5 defeat of Ding Junhui in the semi-finals. He also defeated Trump on his way to making the last 16 of the UK Championship and reached the quarters at the Scottish Open.

The Essex cueman, who first turned professional in 2002, landed his maiden ranking title in 2019 at the Indian Open. However, he admitted in the aftermath he was still getting to grips with competing on the sport’s biggest stages. In particular, he has cited his 4-2 loss to Mark Allen at the Champion of Champions later that year as an uncomfortable moment. The subsequent experiences he has built up have put that right.

“Playing in the latter stages of tournaments is all about feeling comfortable on table one,” explained 37-year-old Selt.

“Over the last few months of the season, I was on the main table in loads of matches. Even my game with Thepchaiya Un-Nooh in the last round of World Championship qualifying was on the TV table. I played very well in that match and still lost, it isn’t often I will say that. I’m starting to get a lot more comfortable with table one and the surroundings that go with it. The results I had last season showed that, which is nice!

“I was very uncomfortable at the Champion of Champions in 2019. The difference between being on table one and a single table setup is even bigger. If I keep progressing then then that is something I will need to get more used to as well. There are still some hurdles and obstacles to overcome, but I am heading in the right direction and I feel I’m going in that direction at quite some speed. Last season was very good for me without producing my best snooker. I’m up towards the top of the rankings now. That is a nice place to be in.”

The biggest carrot that comes with advancing up the rankings for Selt is a potential debut at the Masters. Although he came close to edging into the top 16 seven years ago, he maintains that this is the first time he has a realistic prospect of reaching snooker’s top table and staying there. Selt admits that stepping out at the Masters would be a daunting prospect, but says he is well placed to deal with it should he manage to qualify for the elite event in January.

“I came within one match of the top 16 back in 2015, but if I had managed that it would have been a fad and a phase. Playing-wise this is the closest I’ve been in terms of feeling like a top player. If I can start the way I finished last season, then there is every chance of me getting into the tournaments that I would like to play in, that I never have before. That is a goal of mine this season and we will see what happens.

“I am under no illusions. If I got the opportunity to play at the Masters, I would probably be all over the place for the first 20 minutes or so. However, if I could settle down, I think I am now in a position where I would be able to play better snooker than I’ve ever been able to play in that environment. I would obviously be more comfortable, but how comfortable remains to be seen. I would only know exactly how I would feel when I got out there. It would be lovely to have the opportunity to play in something as prestigious as the Masters. I hope that it can happen one day, but if it doesn’t then it’s not the end of the world.”

Looking back on his run at the UK Championship, Selt thinks it was an opportunity which got away.  After seeing off Trump in the last 32, he was ousted by Barry Hawkins in the following round. However, reflecting on the event he was pleased to see Zhao Xintong and Luca Brecel face off in the final and he believes the latter doesn’t receive enough credit for his performances.

“Without a doubt, I have 100% belief that I could have won that tournament. I know I could have done. I failed to go on after beating Trump, which was a shame because I was playing good snooker. It was actually refreshing to see Zhao and Luca play in the final. Zhao is my second favourite player to watch, behind Thepchaiya Un-Nooh and I don’t think Luca gets enough credit. Everywhere you look, you see Jack Lisowski being promoted. Jack is a very good player, but he hasn’t won anything yet. Luca has won a massive event in China, a massive event in the Scottish Open, reached the final of the UK Championship and he doesn’t get the credit he deserves. For me he and Zhao are the future of the game.” 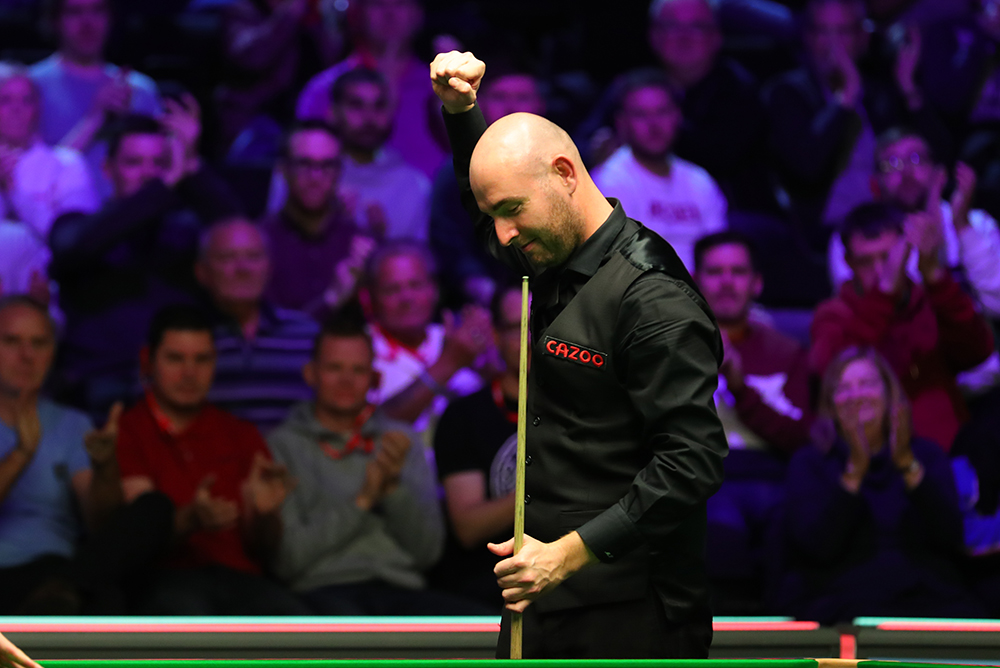 Selt is continuing working with Chris Henry for the coming season and has attributed a large portion of credit to his coach for his recent success. However, he is also keen to acknowledge the role which Steve Feeney played helping him with his sighting when they previously worked together.

“Chris has always been able to help me to play snooker. He is amazing at getting me fully coordinated at hitting the white where I need to. I will say this however, my up-curve owes a lot to Steve Feeney. When I started working with him I felt my game turned a corner. What he showed me about the pre shot routine was worth its weight in gold. They are the two best coaches the game has and they do two completely different things. For me, Chris has been more about playing snooker and hitting balls and he has different routines to put me under pressure. Steve covers those aspects as well, but for me where he could really help me was the sighting and he did help a lot. I worked well with Steve and stopped on good terms. I’d like to think we are good friends now.

“You could never have Chris in your company and ever be down. It is impossible. He is a great coach and a good friend of mine. Every opportunity I have to see him, I do it. I’ve actually asked him to be at every tournament this season and he is going to be where his golf coaching schedule allows it. He has some great people in his camp, Mark Selby is one of them. Despite that, last season there were three tournaments in a row where I was last player standing. We were laughing about that.”

In recent weeks Selt has embarked on a diet and fitness regime in an attempt to lose weight. Many players have stressed the importance of fitness to their game in recent times, including John Higgins who underwent an extensive exercise programme last summer. Although Selt believes the mental benefits of exercise may inadvertently help his snooker, his general state of mind is the main motivation.

“All I’ve done for a year is eat whatever I wanted to. I’ve let myself go a bit and now is the time to do something about it. We will see where I am in another four weeks, I’ll probably sack the snooker off to become a model!

“What does fitness do for you? It makes you feel good about yourself. There are no two ways about it, if you feel good about yourself then life is better. I am very selfish and I do everything in my power, at any point of the day, to make my life better and happier. Eating the food made me feel great, but now I would rather do something about it.”