Zhao On Verge Of Berlin Title 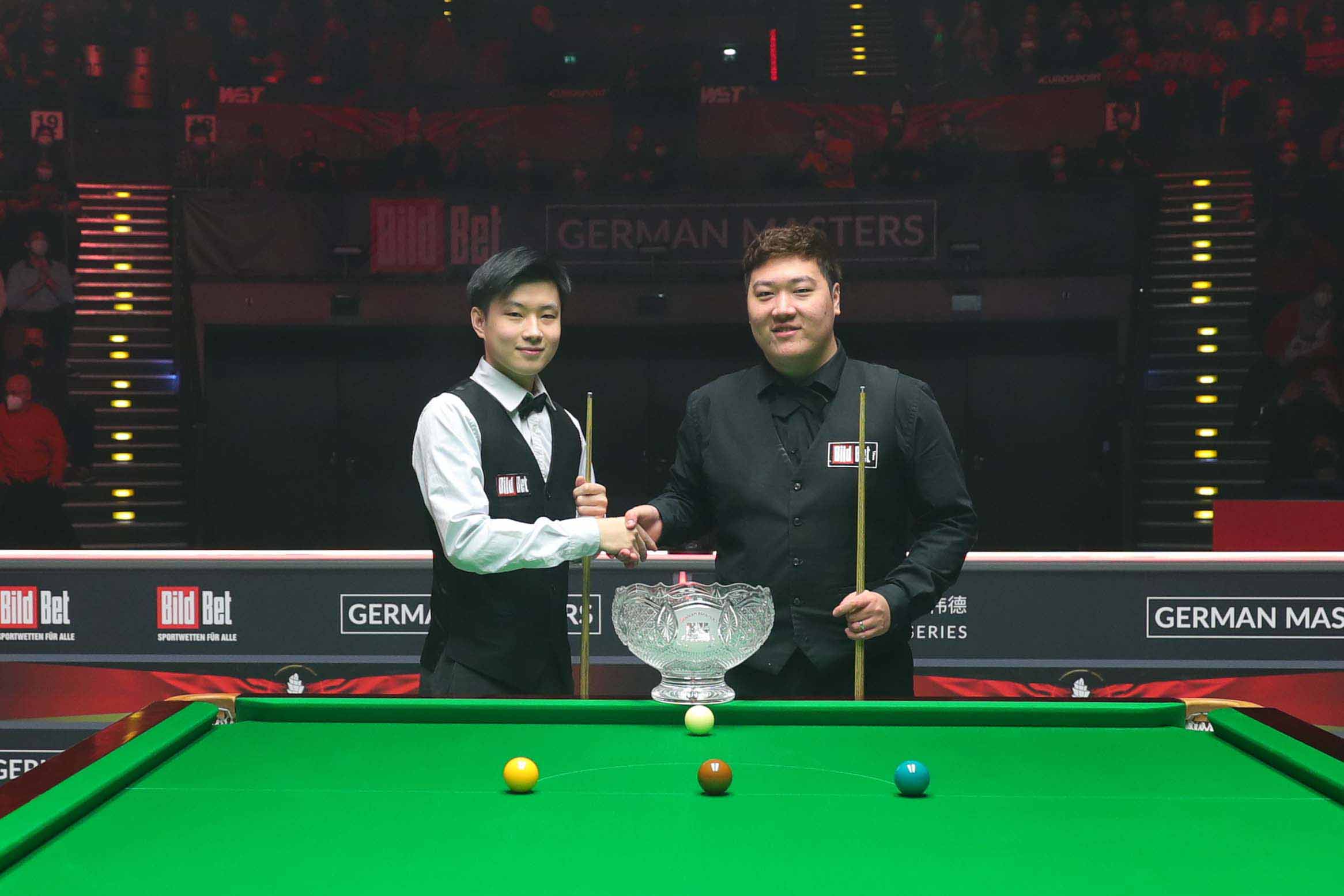 China’s Zhao Xintong produced a supreme session of snooker to leave himself a frame from the BildBet German Masters title, leading compatriot Yan Bingtao 8-0 in Berlin.

Today’s match is only the second ever ranking final to be contested between two players from mainland China. With Zhao aged 21 and Yan 24, it is also the youngest ranking event title match since Neil Robertson’s win over Jamie Cope at the 2006 Grand Prix.

The pair will return this evening to play out the remainder of this best of 17 encounter, with the first to nine frames picking up the Brandon Parker Trophy and a top prize of £80,000.

Yan had looked set to get his first frame on the board in the seventh, but ran out of position and missed a tricky red on 60. Zhao ruthlessly capitalised and fired in a break of 70 to steal on the black. Zhao added the final frame of the session to end 8-0 in front.