Small’s Journey From Cueist To Coach 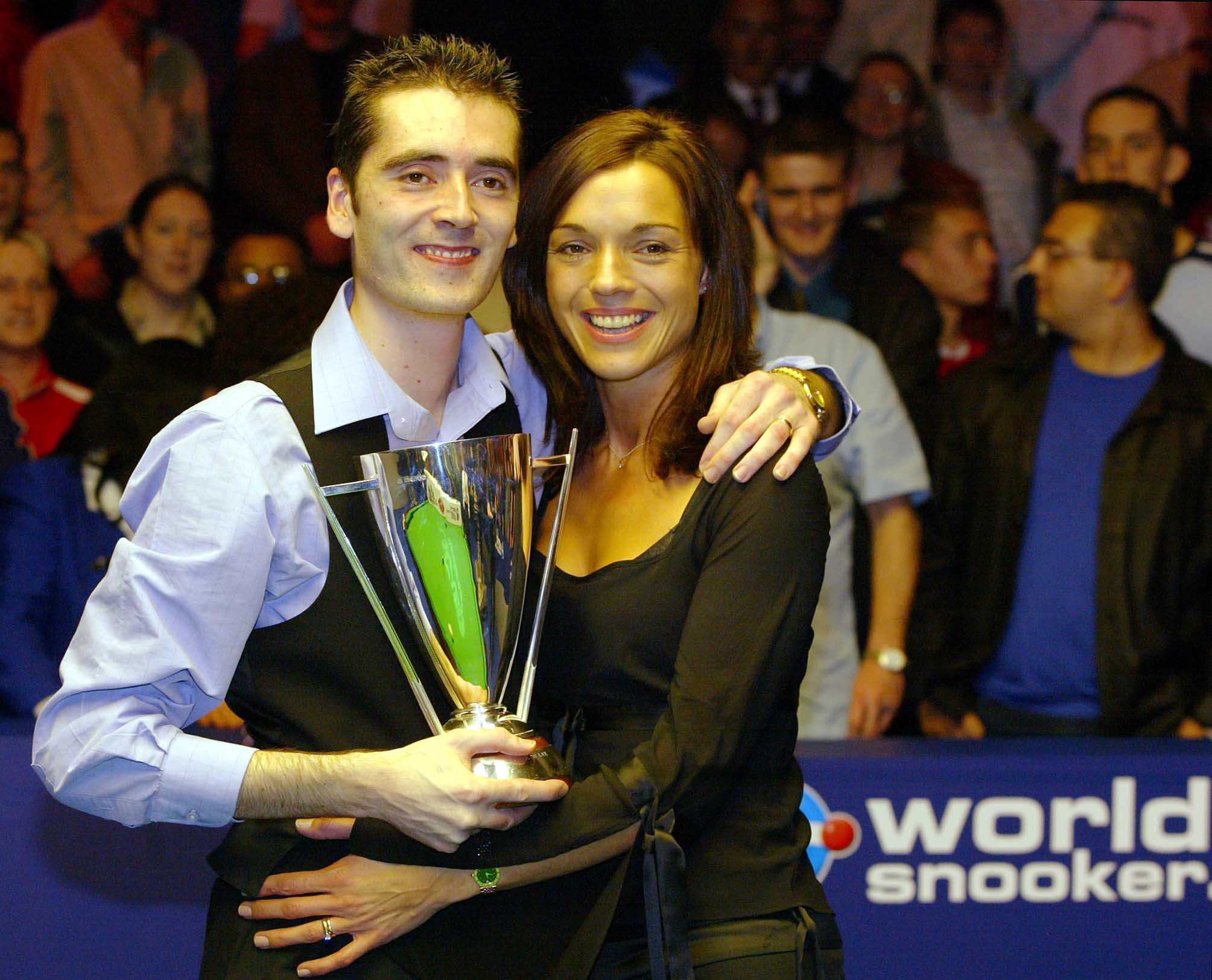 Small with wife Clare after winning the 2002 LG Cup.

Scotland’s Chris Small achieved his snooker dream in 2002, aged 29, when he claimed maiden ranking silverware by winning the LG Cup at the iconic Guild Hall in Preston.

However, as he held the trophy aloft, he already knew difficult days and retirement lay ahead. It was a path which eventually led to a new career and passion in snooker coaching.

By the time the 2002 LG Cup came around, the Edinburgh cueman had already been diagnosed with the rare spinal condition, Ankylosing Spondylitis. It meant that Small was constantly playing in pain.

Despite this, he managed to dispatch an all-star cast of opponents in Preston to secure his first ever ranking title. He scored wins over John Higgins and Ronnie O’Sullivan on his way to the final. Small then faced compatriot Alan McManus in the title match, where he scored a famous 9-5 win.

It was an event which, regardless of the obstacles in his way, Small believed he could win before even having the finishing line in sight.

Small recalled: “I don’t know what happened, but I just knew I was winning this tournament. I had John Higgins in the last 16 and before the match I phoned my wife and said to buy a dress for the final. She was wondering what on earth I was on about. I just said you are coming down on Sunday, because I am winning this tournament. I had my manager and my friend down there and I told them the same. Sure enough I beat Higgins 5-1 and I beat Ronnie O’Sullivan 5-1 as well in the next round. Long story short, I just had this feeling that whatever people could throw at me, I would come through. A lot of snooker is in the mind, it isn’t just about what happens on the table. It all clicked that week.

“I have nice memories of that tournament. It was basically what I’d worked hard towards all of the years, for that sort of moment. If you ask any player about the great venues, the Guild Hall is one of them. It was on the BBC, so I got loads of coverage that week. I felt like a real snooker player. It was just unfortunate that when I won it, I kind of had in the back of my head that I probably wouldn’t be playing for much longer. It was really pleasing to win it, but sad at the same time. I knew I was struggling and I was told I shouldn’t really be playing at that point. I put myself through torture just playing and battling away. People used to think I was a slow player but they had no idea what I was going through.

“I said a few years ago that you aren’t a champion until you truly believe that you are one. I’d reached 30 and I started believing that I could beat anybody, before that I always had doubts in my mind. I felt like I was just peaking and having the right mentality and the next minute, I had to hang my cue up.”

In the years that followed, Small’s condition worsened and he reached the stage where it was impossible to continue with his playing career. A 10-5 loss at the Crucible to eventual winner Shaun Murphy at the 2005 World Championship was his final match as a professional.

“It basically affects your whole spine, back, neck, hips and shoulder blades. It is pain and stiffness, which isn’t a good combination for snooker players,” explained 47-year-old Small. “It is one of those things that is meant to run in a family, but nobody in my family had it. My specialist said it was like winning the lottery in the wrong way. There is pretty much a one percent chance of getting it with the family connection and I didn’t even have that.

“When I decided that I finally had to hang my cue up, I went to try and hit some balls and I couldn’t get into my shot. I took the decision that I couldn’t go on anymore and that was very hard. From earning a nice living to earning absolutely zero. It was so frustrating. I keep thinking about all of the money I have missed out on over time, especially with there being 20 odd tournaments a year now.

“I’m not ashamed to say I suffered from severe depression for years. My wife would be out working and I would sit at home staring out of the window wondering what I was going to do. That is a part of professional sport sadly. As the years go by, you see it is in all sports now when people give up or are forced to stop competing. You have been used to the highs and the lows for your entire life and it is taken away from you.”

After being forced to give up the sport he loves, eventually Small decided that it was still snooker which would provide the way forward. He turned to coaching as his next career move and says that it goes some way towards filling the void and replicating the buzz of competition. Small now coaches out of the Lacarno Snooker Club in Edinburgh.

“I didn’t get into the coaching straight away. I didn’t do anything for two or three years. Eventually, I realised I needed to get myself together and earn money for my family. All I knew was snooker, so I decided I wanted to coach and try to help other people to play. I went away and got my coaching courses done. I’ve been doing it religiously now for about 12 years.

“I coach all ranges of players from beginners to a few professionals and top amateurs. I’ve worked with Stephen Maguire, Michael Leslie and Chris Totten in the past on the professional side. However, it doesn’t matter what ability you are coaching, you are always helping someone. It is such a good feeling when I see someone who has a top break of 30 and their ambition is to make a half century. If they can come to me and tell me they have made a 60, it gives me a real buzz. I then know I am doing my job properly. It is a very pleasing and rewarding job helping other players.

“I don’t know about the young talent across Scotland, but I have a couple of really good players. I coach a wee lad called Steven Wardropper in Glasgow once or twice a week. He is only 12 and is really good. He is hitting a lot of century breaks. He is lucky that his father has actually built an extension to their house for a snooker table so he can practise. Steven is very dedicated and is on that seven odd hours a day. He has made his mind up that he wants to be professional. I do warn him that you aren’t guaranteed anything even if you do work hard. I still think you need a wee lucky break every now and again. I am pretty positive he is better than I was at the age of 12. I tell him if he keeps putting the hours in then it can happen.” 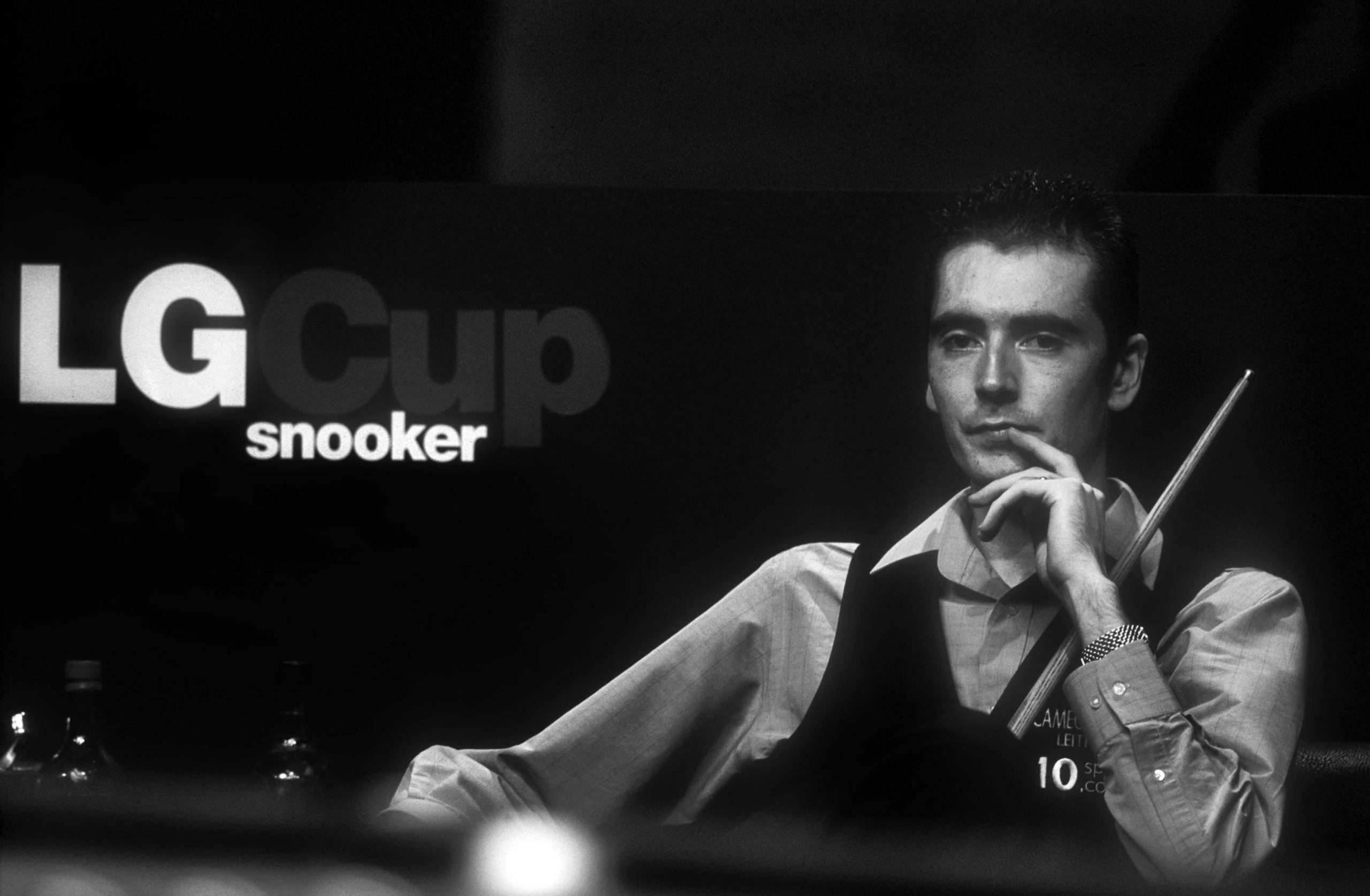 Small admits that he still has difficult days and still suffers with depression. He is pleased to see that mental health in sport and society in general is an issue which is receiving greater attention. In snooker specifically, a partnership was recently set up by the WPBSA with Sporting Chance, an organisation set up by former Arsenal footballer Tony Adams, who offer support to sportspeople who need it.

Coaching and keeping busy has played a crucial part in Small turning his life around. The pain from his condition has remained stable and he even believes his coaching may have helped his own cue action.

“I’ve not really noticed much of a difference with my back in the last 15 years, which is quite a good thing. People keep asking why I don’t try to get back on the tour. When I am coaching and showing a shot, I still don’t really miss much. People see that and think I could still do it. I couldn’t though, because I’d be in absolute agony. In my head I can play, but my body says no. I actually feel that I am a better cueist now. I’ve learned certain techniques through the coaching. I just feel I hit the ball better.

“One day I will be fine and the next I will be having a nightmare. That is part and parcel of depression. I am a lot better than I was, although I found lockdown quite difficult. If I am kept busy coaching I am fine. I need to keep busy. When I coach it is like when I was a player. I go into a wee bubble, a zone. You forget what has gone on apart from what you are doing at that precise moment. When I am sitting about I can feel it coming back. I try my best and get on with it.

“You see it in every sport. Footballers, cricketers and boxers when they have had to retire through injury. It must be rife in sport, because I know how I felt. When your career gets taken away through injury, I can’t describe how hard it is. I think a lot of sports are now putting things in place to help the players. I’m pleased they are doing that.”