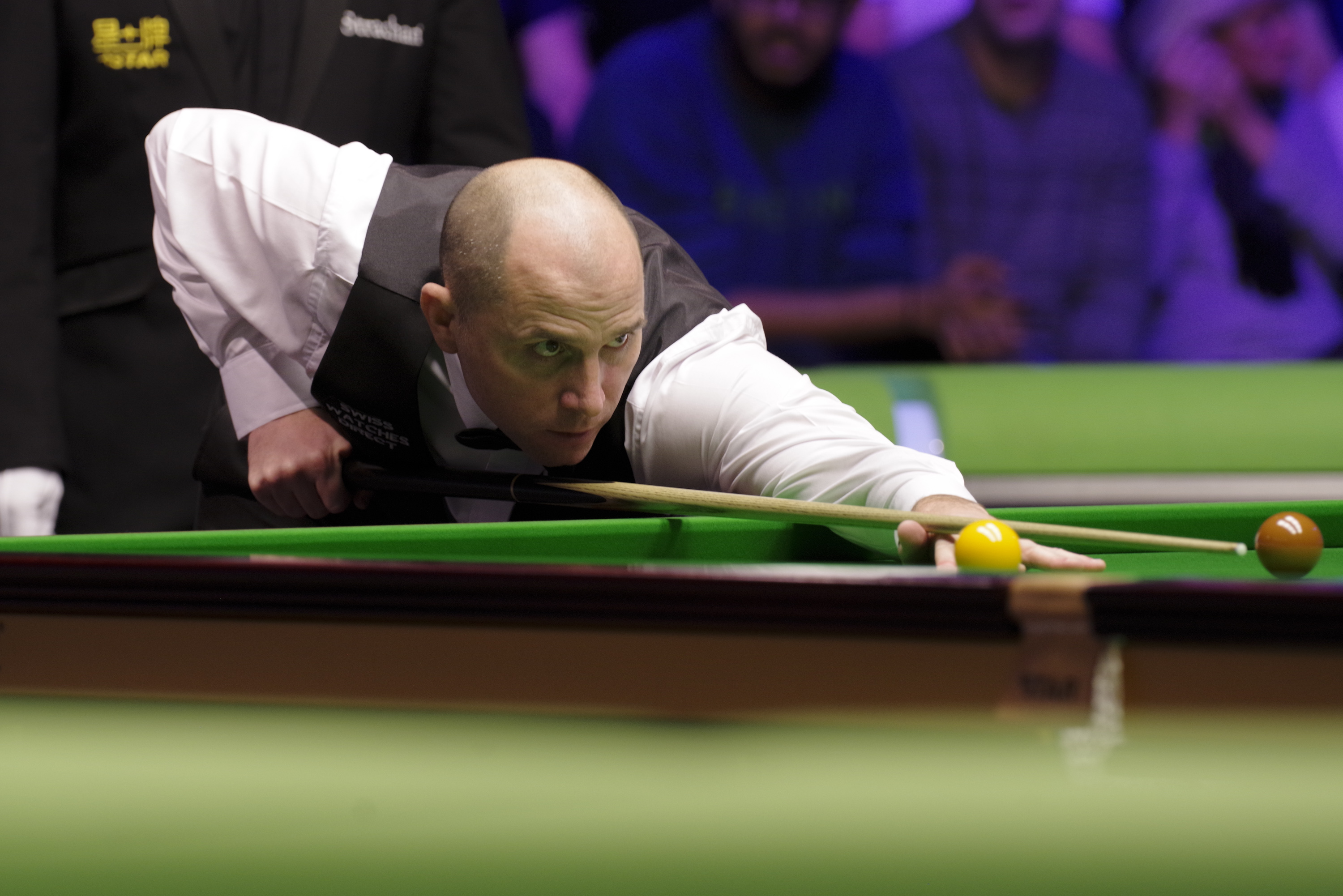 World number 17 Joe Perry believes that the return of live snooker at the upcoming Championship League can provide a boost to the sport.

Global sport came to a shuddering halt this year, when the Coronavirus pandemic caused nationwide lockdowns around the world. However, snooker is set to play a leading role in the resumption of sport with the Championship League, which runs from June 1st to 11th in Milton Keynes, live on ITV. Strict Covid-19 testing procedures will be in place at the behind closed doors event.

With the Betfred World Championship also scheduled to be played from 31st July to August 16th, Perry hopes that the Championship League will provide the perfect opportunity for players to get back up to speed.

The Gentleman, who will be action in Group four on June 3rd, took time out of his preparations to chat us about what it will be like to get back on the baize…

Joe, how much are you looking forward to getting back playing competitive snooker?

“I’ve played snooker all of my life, so a very high percentage of my friends are involved in the sport. You can talk to them over the phone, but it isn’t quite the same as meeting up at tournaments. Competition is the main thing I am excited to get back to. I’m not looking forward to practising so much, but it is something you need to do. Competition and camaraderie from the fellow players are things I’ve missed greatly, so it will be great to be playing again.”

Has the current lockdown changed your perspective and outlook on the sport?

“I don’t intend to go anywhere soon, but I will inevitably fall down the rankings a bit as I get older, that is just what happens. This has given us an opportunity to think what life would be like without snooker. It isn’t very enjoyable and it’s given me a bit more incentive to try and stay involved in the game for as long as possible.

“I think this tournament provides us all with something to think about really. It isn’t nice not knowing when you are ever going to be able to play again. For me personally it is just nice to have something to focus on. I have a table at home, but I haven’t played on it. This is a reason to practise again. It has the enthusiasm back up and running. I’m looking forward to getting back out there and catching up with everyone, as much as social distancing allows. I don’t think you realise how much you miss something until you can’t do it anymore.”

How much of a boost will it be to snooker, being one of the first sports back?

“It is fantastic for snooker. We are leading the way and that is what you want to do in sport. You want to be making ground and you want to be the innovators. I knew the day would come again when we get back to some kind of normality, but I didn’t think it would be this quick. It is great testament to Barry Hearn and everything he stands for. He isn’t one to sit around and wait for things to happen. He gets out there and makes things happen. We are lucky to have him in charge of our game. I am very surprised it has come around this quick. I always hoped we would get the World Championship played, but to have this warm up event is a massive bonus and it has come back quicker than I thought it would.

“It is going to make a big difference for players. I can play all day in my snooker room, but I don’t know how that is going to translate into one on one competition. It will give players an opportunity to see where they are. Most of the time when we are practising it is pretty decent, but it is different if there is someone up against you. If you have a good run in this event, it will set you up very nicely for the future events.”

This event will clearly have a very different feel to it with all the additional health and safety regulations. How important do you think it will be for players to use it as a chance to get used to the new conditions?

“It could be a sign of things to come. That is why this is a good event to play in. It will give players an idea of what life is going to be like for a little while. The most nerve wracking part of this upcoming tournament will be waiting for the test results. I am just keen to get going again.”

You’ve had experience of playing in the Championship League, being a former winner of the event. What sort of an impact does playing without a crowd have?

“The top players need an element of nerves to bring out their best and I certainly do. Part of the Gibraltar Open was played behind closed doors and I found it very difficult. However, I then watched the final between Judd Trump and Kyren Wilson and it was an incredible standard. I think there will be huge viewing figures on television. I am looking forward to seeing the viewing figures for the Championship League, as I think everybody is craving live sport.”