Steadman And Greene Into Stage Two 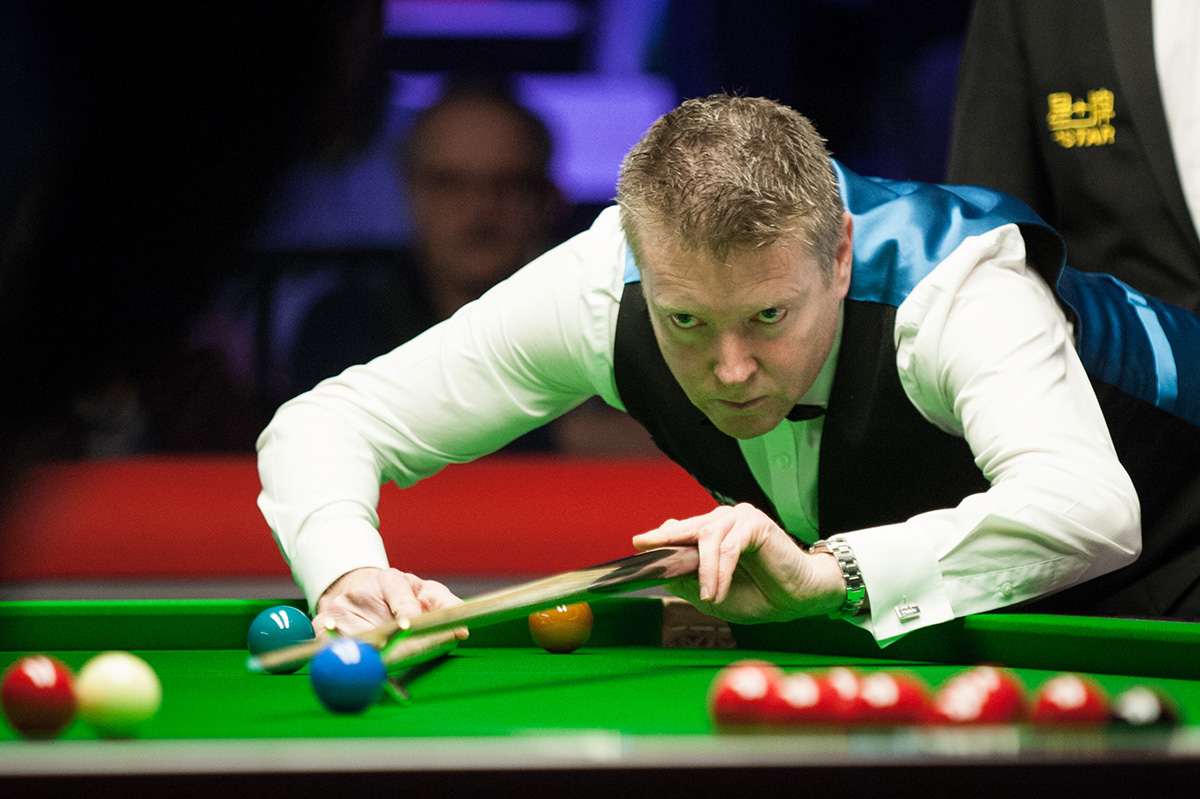 Craig Steadman and Gerard Greene moved into the next stage of BetVictor Championship League Snooker at the Morningside Arena in Leicester after both groups were decided on the final frames of the day.

Steadman recently gained his tour card back through Q School and looked to be match sharp in coming through a group headlined by Thepchaiya Un-Nooh. An early 3-0 rout against Martin O’Donnell set things up nicely before two draws against Un-Nooh and Zhang Jiankang left him with five points.

It was a nervous wait for Steadman as Un-Nooh took on O’Donnell in the last of the action on table 1 where things were level after two frames. Un-Nooh produced a break of 42 in the third leaving only one needed for victory. That frame wasn’t forthcoming though as O’Donnell produced a fantastic clearance of 130, meaning it was Steadman who topped the group.

Table two saw equally complicated permutations in Group 18 contested by Robert Milkins, Zhao Jianbo, Greene, and Haydon Pinhey with it going down to the last frame.

Milkins exited in the afternoon session after back-to-back defeats against Pinhey and Greene, whilst an opening draw between Zhao and Greene left things wide open heading into the evening action.

Zhao picked up his first win against Pinhey with no reply to move to four points and level with Greene, whilst a costly draw against Milkins after leading 2-0 left things in the balance at five points.

Greene knew a win against Pinhey would secure his passage to the next stage, a draw would see Zhao take up top spot.

The Northern Irishman started on the best possible footing with an initial two-frame lead before the fightback came from Pinhey who would finish third whatever the result.

Greene produced the goods in the last frame in the end to top the table: “It was nerve-wracking. A couple of shots and my brain froze on me. I just needed the green and the brown. They were both simple and I didn’t know how to play the green it was shocking.”

“And then I potted the green. Then once again on the brown, I’m going to just drop it, no I am not doing that just play it properly and I’ve overhit it and missed the brown. Sometimes I just miss balls that nobody else would miss. I am very experienced at missing balls! It’s not one for lack of concentration, just sometimes my brain disappears.”

“I think I did alright, I was 2-1 down in the first game and I potted a great black to go two all. I played alright but a couple of shots there that shouldn’t be on TV really.”

On his drive home that’s exactly 147 miles: “It would’ve felt like torture, I’ve thrown a million of those games away with people needing snookers. It’s just stupidity really. I will enjoy it tonight.”