Matthew Stevens let slip a 4-0 lead over Wu Yize in the final qualifying round of the Cazoo UK Championship, but eventually prevailed 6-5 to secure his place in the final stages.

Stevens won this title in 2003 and the 45-year-old has given himself a chance of another deep run. The draw for the last 32 will take place at the end of the afternoon session on Thursday, with the top 16 seeds to be picked out at random against the 16 qualifiers. Former world number four Stevens is now ranked 60th but has shown improved form in 2022, notably qualifying for the Crucible and reaching the last 16 of two other ranking events. 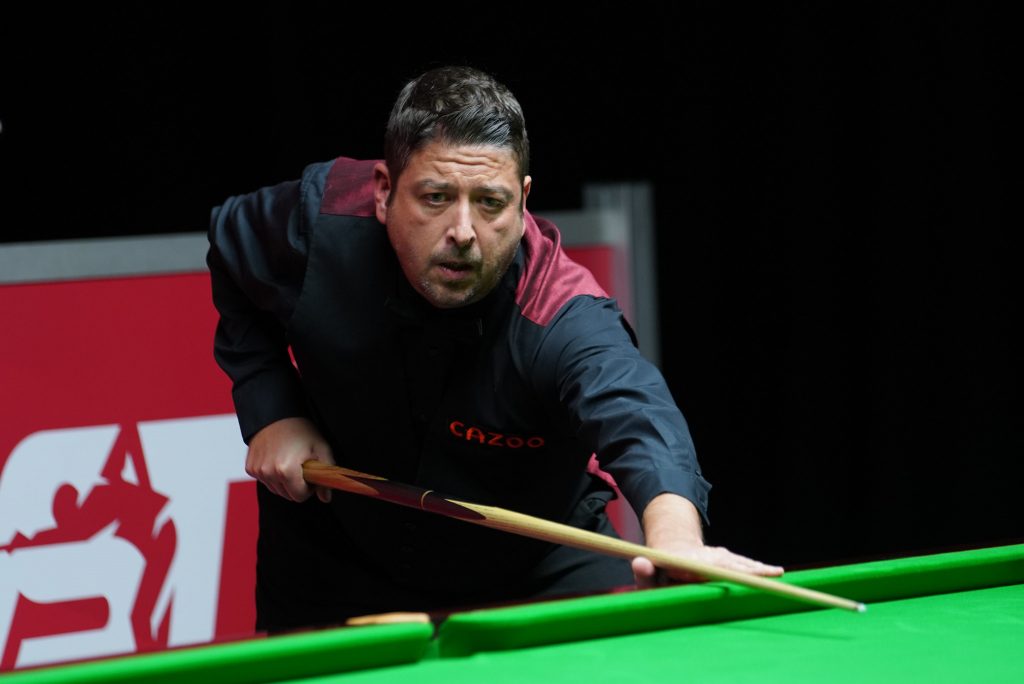 Stevens led 50-1 in frame eight but his opponent hit back to snatch it on the colours for 4-4. Wu also took the ninth, but Stevens made a 91 for 5-5 and a break of 58 in the decider proved enough.

“At 4-1 I could see that Wu fancied it,” said Stevens. “Before I knew it, it was 4-4. I should have gone 5-3 so when he won that frame and then went ahead it wasn’t looking good. I don’t know how I managed to turn it around and win the last two frames but it feels good and I’m very happy to still be in it. Wu is some talent for a 19-year-old, he looks like he’s going to be a fantastic player.”

Iran’s Hossein Vafaei booked his spot in York with a 6-4 success over Robbie Williams. Runs of 127 and 111 helped put Shoot Out champion Vafaei 3-1 ahead. Williams battled back bravely after the interval and the match looked in the balance at 5-4, but runs of 47 and 25 gave Vafaei frame ten.

“I am so pleased to qualify because it’s one of our biggest tournaments,” said the world number 20. “I wasn’t cueing well today, I missed a few balls. I started thinking about my technique and trying something different in every frame. Then it’s difficult to find your way, that’s why snooker is so hard. I have about 25 different cue actions – I don’t know how I’m playing!

“But every day is different and I just keep going. I don’t mind who I play in York, they all have two arms and two legs and they can all make 147s.”

China’s Lyu Haotian eased to a 6-1 win over Andy Hicks with top breaks of 92, 106 and 69. A frustrated Hicks smashed the pack of reds from the break in frame seven but to no avail as Lyu took it to wrap up the result.

Judgement Day continues on Thursday from 1pm with eight more places to be won.