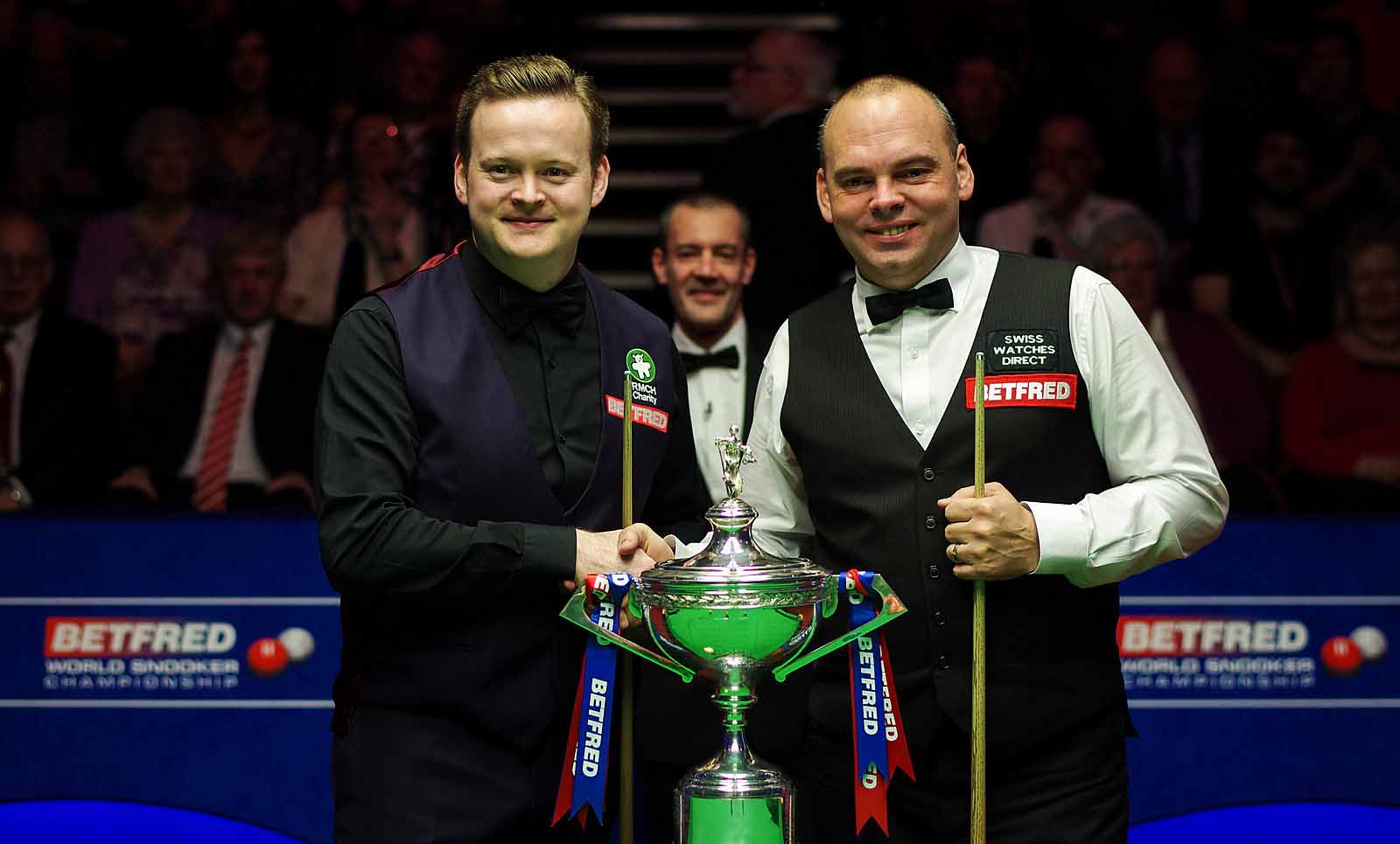 In a brand new series of features we are speaking to some of the finest snooker players on the planet to find out what they deem to be their greatest match. We begin with Basildon’s world number 13 Stuart Bingham and it is no surprise which game he has opted for…

In 2015, Bingham captured the imagination of snooker fans across the globe with a fairy tale run to the World Championship final. He scored a shock 13-9 defeat of Ronnie O’Sullivan in the quarter-finals, before winning an epic semi-final with Judd Trump 17-16.

Naturally both of these encounters were eclipsed by Bingham’s crowning moment, where at the age of 38, he clinched a maiden Crucible title and became World Champion. Bingham’s selection is his 18-15 victory over Shaun Murphy in the final.

Considering Bingham has also picked up Triple Crown silverware by beating Ali Carter 10-8 in the 2020 Masters final and that he has won six ranking events in total, there was no shortage of matches to choose from. However, Bingham claims that it wasn’t just the prestige of being a world final which set this match apart, but also the standard.

The pair put on a break building masterclass, with at least a half century in 30 of the 33 frames played. Bingham made 17 contributions of 50 or more, including four centuries. He believes that they don’t receive the credit they deserve for the standard of that final.

Bingham said: “The standard really is what put it top for me. To have 30 half centuries in 33 frames is incredible. It was like a boxing match going back and forth. When you get the likes of Stephen Hendry saying it is one of the best finals he has ever seen, that is enough for me. If it was Ronnie O’Sullivan vs John Higgins it would be the best final of all time. Because it was me and Shaun I suppose it doesn’t get as many mentions. I’ll take Hendry saying what he said about it.”

Before the final got underway, Bingham had to go through a rollercoaster of emotions following his dramatic 17-16 defeat of Trump in the last four. In a tearful press conference he looked back on “20 years of blood, sweat and tears” which had taken him to this point.

The opening stages of the final appeared to be going the way of 2005 Crucible king Murphy, who took the opening three frames to lead 3-0. However, a break of 105 saw the Ballrun get his first frame on the board and from there he prospered in the fiery Crucible atmosphere.

Bingham found himself with a 14-11 advantage heading into the final evening. Despite establishing the healthy cushion, he was struck by how hard he was hit when the enormity of the occasion became apparent.

“I remember being in the shower before the last session getting ready. When I came out my wife was brushing her teeth. I actually just said to her that I was gone, my head was completely scrambled. She was wondering what I was on about. I explained that it had dawned on me that I was four frames away from achieving something that I’d dreamed of. It hit home how important that last session was. Unfortunately, that was something which stayed with me when play got underway.

“That night at the Crucible it was all a blur before play started. I saw Kell Brook the boxer just as I was on my way out to the arena and we said hello to each other. Sadly, someone fell down the stairs minutes before the walkons and I could see them getting taken to the ambulance. The next thing I knew someone had said to me to go through these doors, I walked through some smoke and into the Crucible. I just didn’t feel right coming down those stairs through the crowd. It felt really surreal. I sat down in my seat and didn’t feel right. I saw Shaun walk down and realised I was used to watching it on TV. To do it myself was a strange and exciting experience.

“We traded the first two frames of the evening to be 15-12, then the wheels fell off and it went 15-15. Everything seemed to start going wrong. I thought in my head this wasn’t happening, it was slipping away. I was all over the place and felt like I had someone else’s arms on me. He ended up missing a yellow in the 31st frame, I got back into it and moved 16-15 ahead. From there the rest was history.” 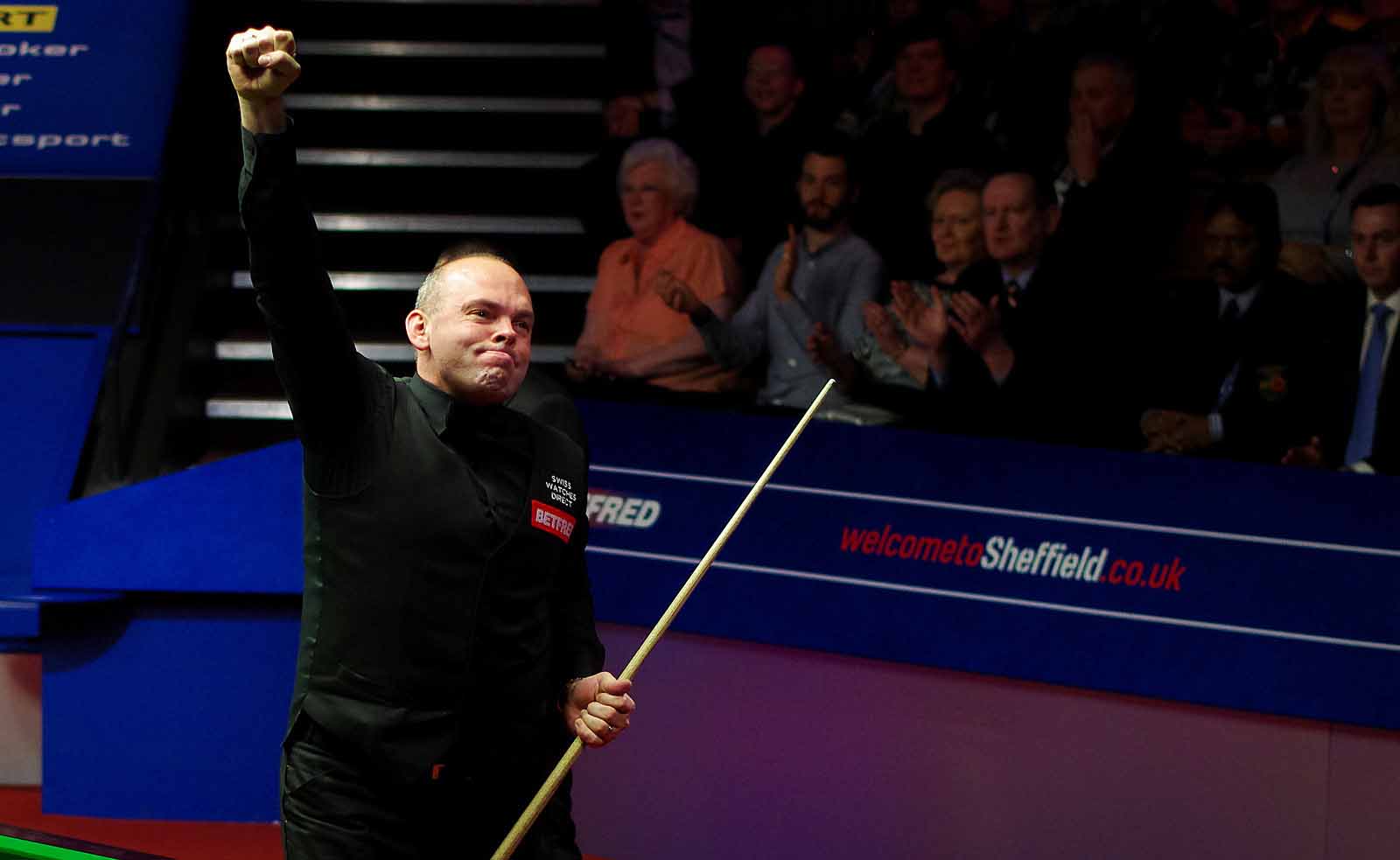 It was a ruthless burst from 15-15, when the pressure appeared to be at its greatest, from Bingham to storm to victory. After taking the 31st frame, he fired in further runs of 55 and a nerveless 88 to get over the line and win the most prestigious prize in snooker.

“I just remember being really in the zone. I was making sure of every shot I was on and keeping my head clear. I potted match ball, bridging over the blue, and I can still hear the crowd cheering now. I had to calm myself and get the next couple of balls to make sure. Once I’d done that I knew it was over. Every child dreams of that moment and to finally achieve it was incredibly special.

“We were at the after party following the final having a few drinks and my manager asked if I could do one picture with someone and it turned into 100. Everyone at the party wanted one. By the end I just wanted to get back to the bar and get another drink! I can remember eventually getting back to the hotel at about 6:30am. The two weeks that followed I was tied to the bed as I was so drained. Everyone wanted an interview and to speak to me. I’ll cherish it all for the rest of my life, but I was exhausted!”