Kyren Wilson made a brilliant century break in the deciding frame to win a pulsating quarter-final with Ronnie O’Sullivan by a 6-5 scoreline at the Cazoo UK Championship.

O’Sullivan’s hopes of winning this title for an eighth time ended as he was edged out in a tense finish to a high quality clash in York. His exit means that there will be a new name on the trophy this year, as none of the six remaining players have even appeared in the final.

World number three O’Sullivan went into today’s match as heavy favourite, but came across a fiercely determined opponent, and the Rocket is left waiting for a first title since the 2020 World Championship. 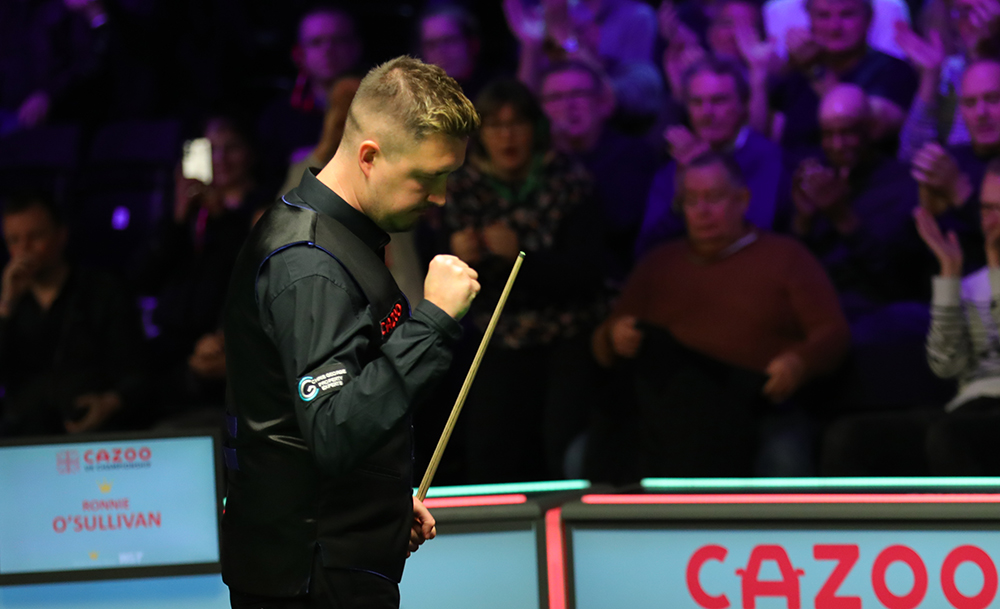 Wilson lost 18-8 to O’Sullivan in last year’s Crucible final, but this time was delighted to come out on top

Given the manner of victory, keeping his nerve when it mattered most, Wilson described the result as one of the best of his career. The world number five is into the semi-finals of this event for the first time and at 1pm on Saturday he will face Belgium’s Luca Brecel, who beat Anthony McGill 6-2. Two more wins would give Kettering’s 29-year-old Wilson his first Triple Crown title and fifth ranking event success.

A break of 71 saw Wilson regain the lead at 4-3. In the eighth, O’Sullivan trailed 31-19 when he went for a risky long pot on the penultimate red, missing his target and allowing his opponent to go two up with three to play. Wilson led 35-26 in the ninth when he failed to convert a long red, and O’Sullivan punished him with a 64 before making a smooth 83 in frame ten to level at 5-5.

O’Sullivan had first chance in the decider but potted just one red before missing the brown to a baulk corner. Wilson later slotted in a long red to set-up his match winning 102.

“In terms of how the match went from 5-3, it’s one of my best ever wins,” said Wilson. “I had chances to close it out and it felt like the snooker Gods were against me. So to make a century in the end was very pleasing. When you play Ronnie you play the crowd as well, so you try to stop that from getting on top of you. When I potted the match-winning ball I couldn’t help celebrating.

“I have drilled my routine and practised very hard behind the scenes. It’s all to make sure I can do it under pressure and I managed to do that today. I go from the hunter to being the hunted now in terms of rankings, but I don’t see it that way. Luca will probably feel that he has an opportunity, playing me rather than Ronnie. I have to use my experience.”

O’Sullivan said: “I’m not that disappointed, I quite enjoyed the match. I never felt like I had any of the momentum but I enjoyed digging in, it was good fun. Kyren made a good break in the last frame, if you want to win tournaments that how you supposed to close out matches.

“These tournaments – the Masters, the UK and the World – are the ones where you are judged and have the most pressure. It’s where you rate the greatest players of all time. I don’t know if Kyren is favourite now, I’m just going to enjoy watching it and working for Eurosport.” 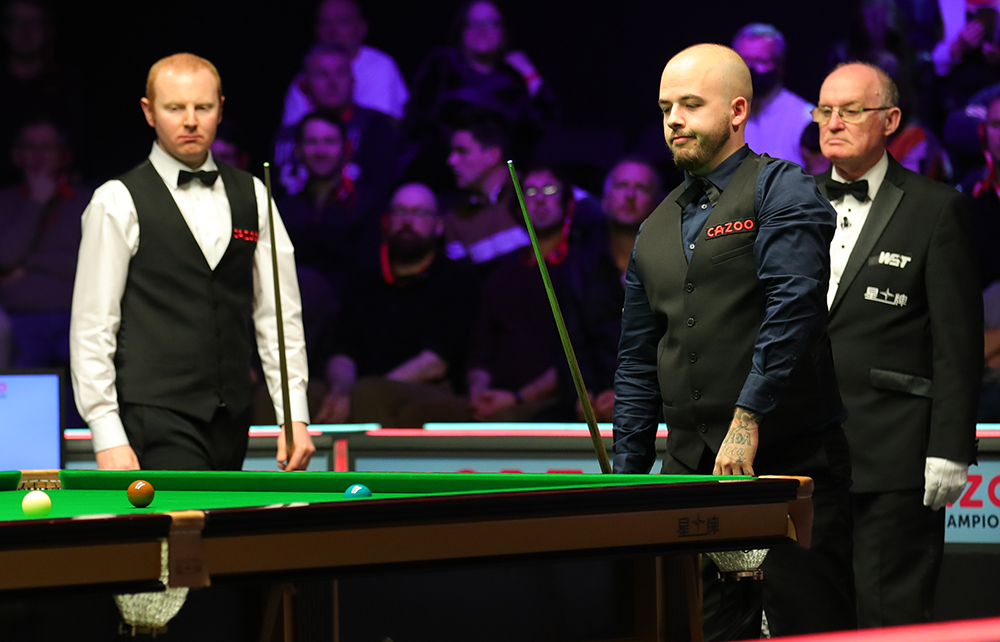 Brecel became the first player from continental Europe to reach the semi-finals of a Triple Crown event with a comfortable victory over McGill. The 26-year-old Belgian has lost just three frames in his last three matches, reaching the last four of a ranking event for the first time since the 2019 China Open.

A break of 68 gave Brecel the opening frame and he took a scrappy 40-minute second on the colours. A run of 59 helped put him 3-0 up and he had chances in the fourth but McGill eventually cleared from blue to black to pull one back.

Runs of 60 and 62 helped Brecel extend his lead to 5-1. Scotland’s McGill took the seventh but his hopes of a fight-back ended when Brecel got the better of a fragmented eighth frame.

Brecel said: “I played some good frames. I will need to kill the frames off in one visit against Kyren but if that doesn’t happen I’m just going to try hard to win the scrappy frames as well. It’s going to be a big match for me. Kyren has been there, he has got more experience at that level, but we will see what happens. Hopefully I can get to the final

“The first day I was here for the tournament, there is this wall with all the winners and there is a question mark on the empty one next to 2021. I said to my girlfriend – what if I just wrote my name of it just for fun? Now there is a chance to do it!”

O’Sullivan now heads to the BetVictor Scottish Open which starts in Llandudno on Monday – for ticket details click here.