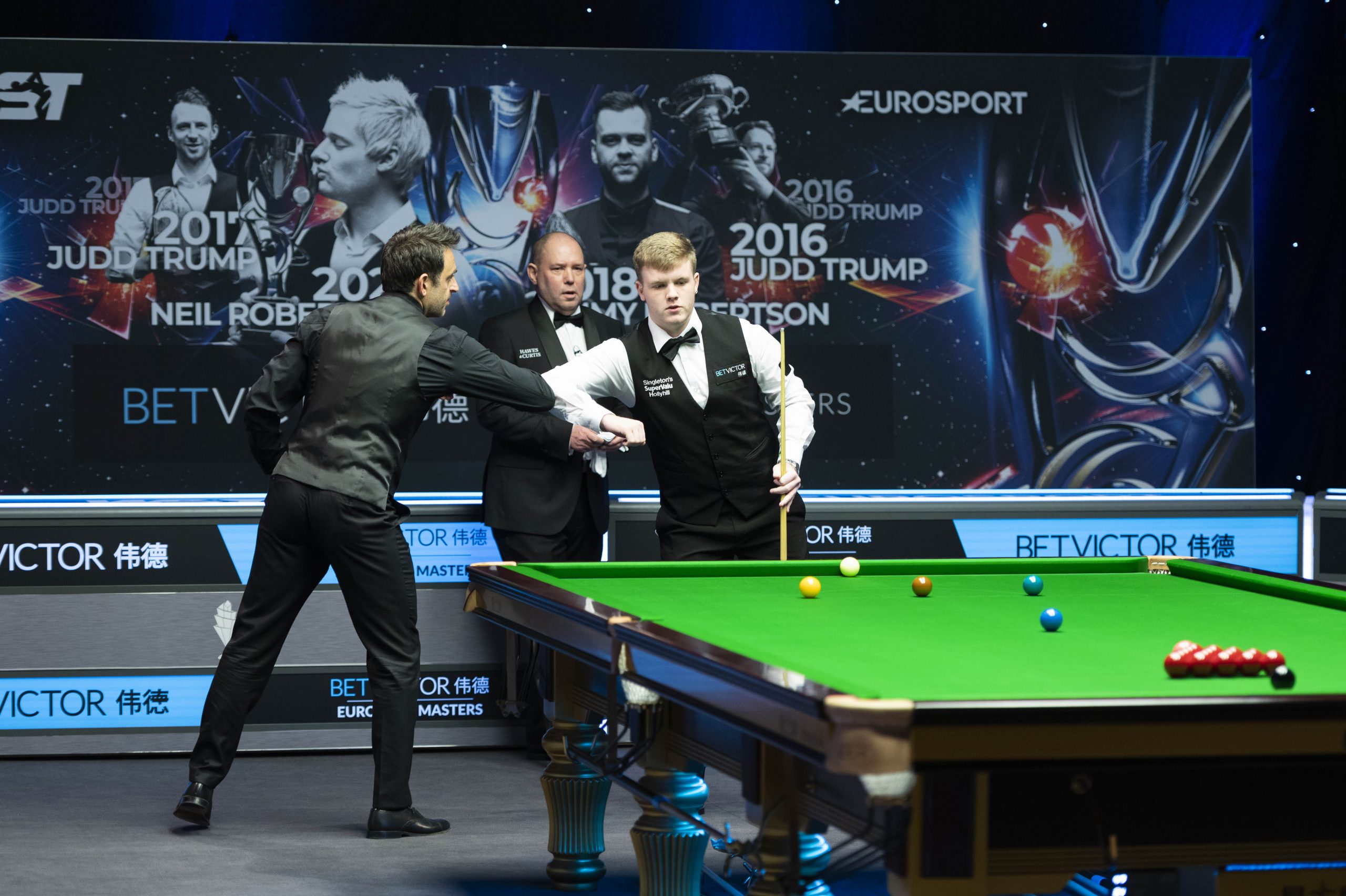 Tour rookie Hill booked his place in the second round with a 5-2 defeat of former Crucible semi-finalist Andy Hicks. The 18-year-old made his televised debut at last season’s Shoot Out, beating Kyren Wilson on a run to the last 32.

Irishman Hill got off to a dream start this evening, making a break of 73 to claim the opener, before taking the second to establish a 2-0 cushion.

O’Sullivan, competing in his first event since becoming World Champion for the sixth time, got a frame on the board courtesy of runs of 49 and 36. However, it was Hill who took the fourth to lead 3-1 at the mid-session.

When they returned, O’Sullivan upped his game as breaks of 64, 58 and 102 saw him take the lead at 4-3. However, his teenage counterpart refused to wilt, taking the match to a decider. Hill kept his cool and secured victory with a nerveless contribution of 78. He’ll face Matthew Stevens in the next round.

Afterwards Hill admitted to being motivated by O’Sullivan’s comments about the lack of young talent on the circuit, which he made during the World Championship last month.

Hill said: “That comment was in the back of my head, but I didn’t worry about it. I just said to myself when he said it, that one day I am going to show him what I can do. I think today was the day.

“I’m speechless at the moment. I didn’t just go out there and be happy to be there. I still wanted to win the match. If I’d lost after being 3-1 up, I’d have been disappointed. I am just so pleased with that victory. Everyone back home, my family and my friends must be buzzing. I just looked at my phone and I think it is going to take until Christmas to reply to everyone.” 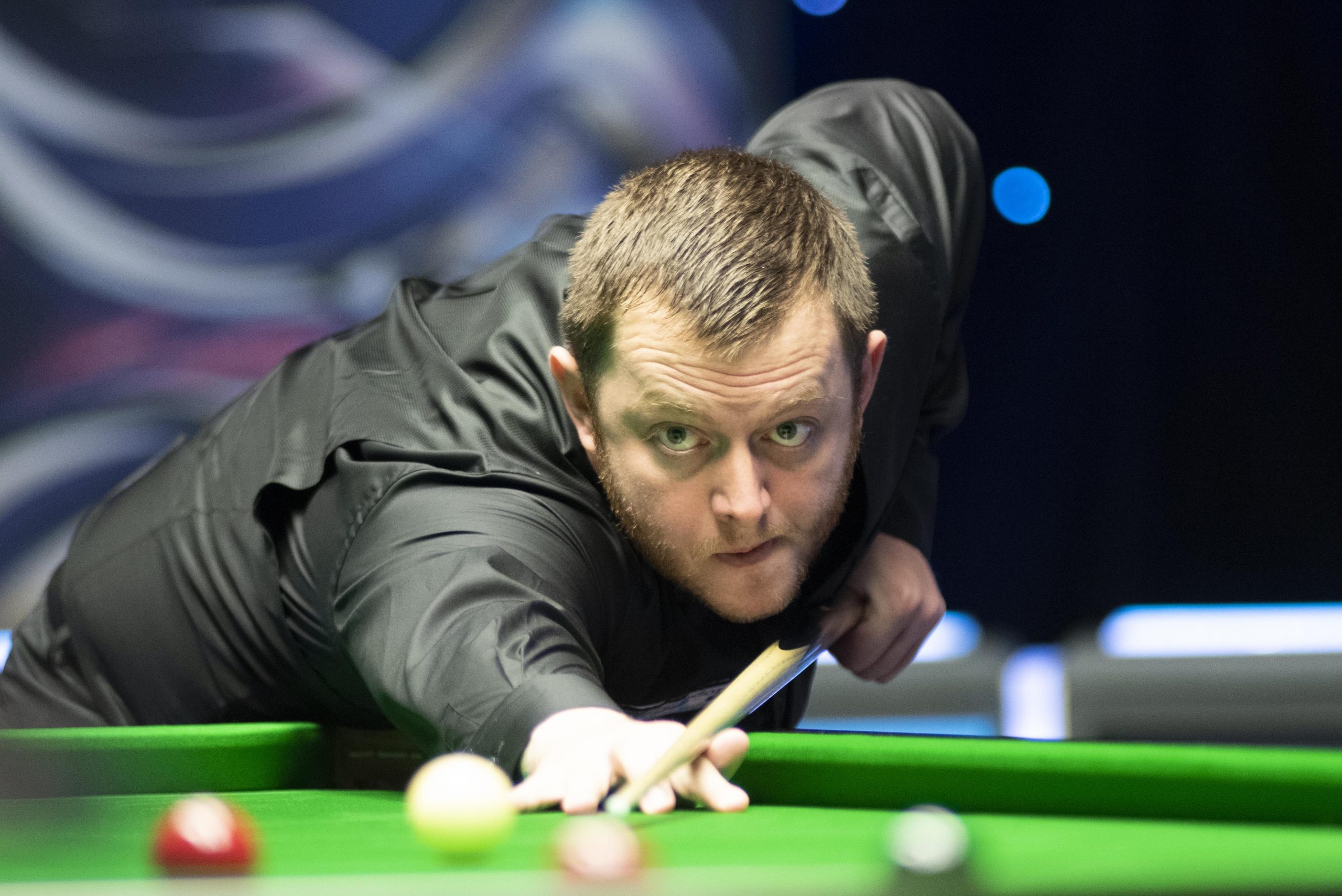 Mark Allen produced a record equalling blitz of centuries as he stormed to a 5-0 defeat of Ken Doherty.

Northern Ireland’s Allen opened up the match with four century breaks, equalling the record for most in a row. He now jointly holds that accolade with John Higgins, Shaun Murphy, Neil Robertson, Gary Wilson and Stephen Maguire.

The devastating burst was compiled with breaks of 134, 101, 141 and 145. Allen had an opportunity to go for the record in the fifth frame, but broke down on a break of 46 after failing to get on a red after going into the pack. However, he still saw himself over the line to seal a quickfire victory.

Allen said: “I had it in my head nobody had done five. I knew when I got to 30 and 40, I had one big shot to play. I potted a decent pink to split the last four reds and it landed horribly. I went for a really tough plant which I wouldn’t have taken on had it been 2-2, but I had to go for history.

“I felt like I had the cue ball exactly where I wanted it to be throughout the whole match. I only really missed one or two shots. I don’t think I missed anything that I should have got. All in all, it was a really good performance.”