The Birth Of Snooker

While the home of snooker is regarded by many as Sheffield’s Crucible Theatre, the birthplace of the sport undoubtedly lies on the other side of the globe in Southern India. 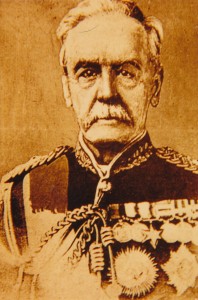 British colonial lieutenant Neville Chamberlain, not to be confused with the former UK Prime Minister, devised snooker 145 years ago in 1875. His first visions of the sport came while he was stationed in the town of Jubalpur, located in the central Indian state of Madhya Pradesh.

Chamberlain had been experimenting on the table in the officers’ mess by playing the existing game of black pool, which involved 15 reds and a black. He added in several coloured balls and dubbed the new game as snooker.

The name came from a term used to describe rookie cadets at the Royal Military Academy in Woolwich. Chamberlain stated that everybody around the table was a ‘snooker’ at this newly invented game.

Chamberlain’s next post saw him stationed in Ootacamund, or Ooty, in Southern India. The sport and its rules were advanced further at the colonial Ooty Club, which has gained notoriety as the true birthplace of the sport.

The club remains open to this day and still has a billiards room with a table from that period in use. It was in this very room that Chamberlain is said to have posted the first version of snooker’s rules. 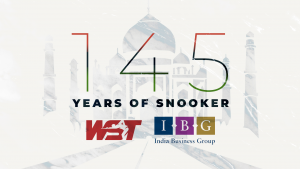 The introduction and popularisation of the sport in Britain was mainly down to two prominent billiards players, Joe Davis and John Roberts Jr.

Davis helped organise the first World Championship in 1927 and he won it 15 times. Roberts Jr was also a cue and ball manufacturer. He first came across the game whilst touring India and spotted a gap in the market, selling sets of 22 balls rather than just the usual three in billiards.

The rules were eventually formalised in 1919, ironing out inconsistencies and introducing a respotted black to act as a tiebreaker for level frames.