Thunder Strikes Down The Rocket 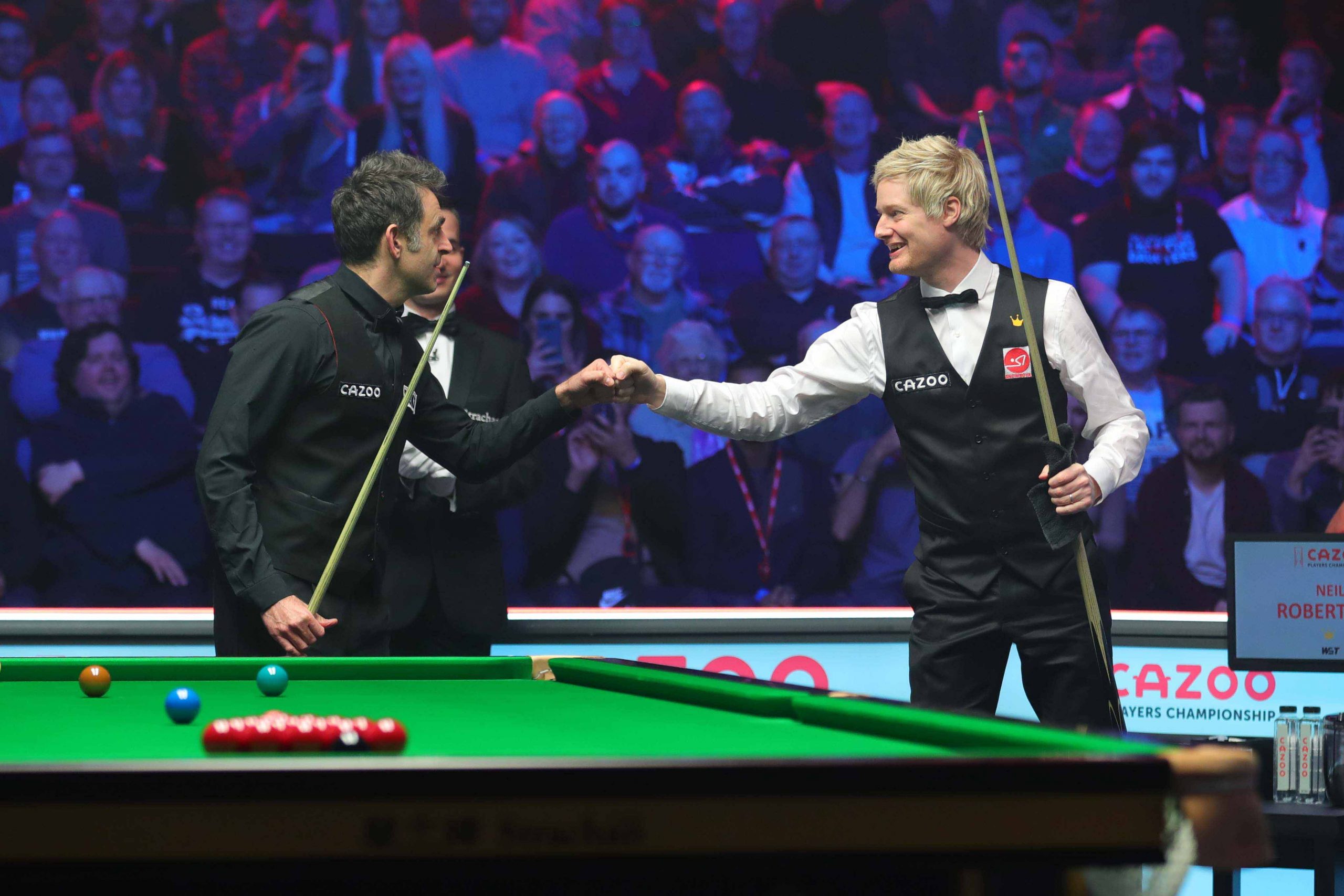 Neil Robertson secured his second quarter-final defeat of Ronnie O’Sullivan within the space of a month, after scoring a 6-3 win at the Cazoo Players Championship in Wolverhampton.

The Thunder from Down Under also beat O’Sullivan 6-4 on his way to winning the Cazoo Masters in January and has now beaten the Rocket in four of their last five meetings. However, O’Sullivan still leads the head-to-head 18-11.

Robertson has quickly recaptured his red hot form from winning the Masters. The Australian succumbed to an opening round defeat against Ricky Walden in Berlin at the recent German Masters and subsequently tested positive for Covid-19 upon his return home.

Now out of isolation, the 21-time ranking event winner appears to have maintained his high standards. He sealed an impressive 6-4 defeat of Kyren Wilson in the first round this week and his win over O’Sullivan books a semi-final meeting with either John Higgins or Jimmy Robertson.

Melbourne cueman Robertson has already lifted ranking silverware this season by beating Higgins 9-8 in the English Open final back in November. He’ll be hoping to add a second ranking crown this weekend.

Robertson’s performances in Wolverhampton have put him on the verge of a ensuring a place at next month’s Cazoo Tour Championship, an event which he won last season. Only the top eight on this season’s one-year list can earn a spot in the elite tournament. He currently sits in sixth position. 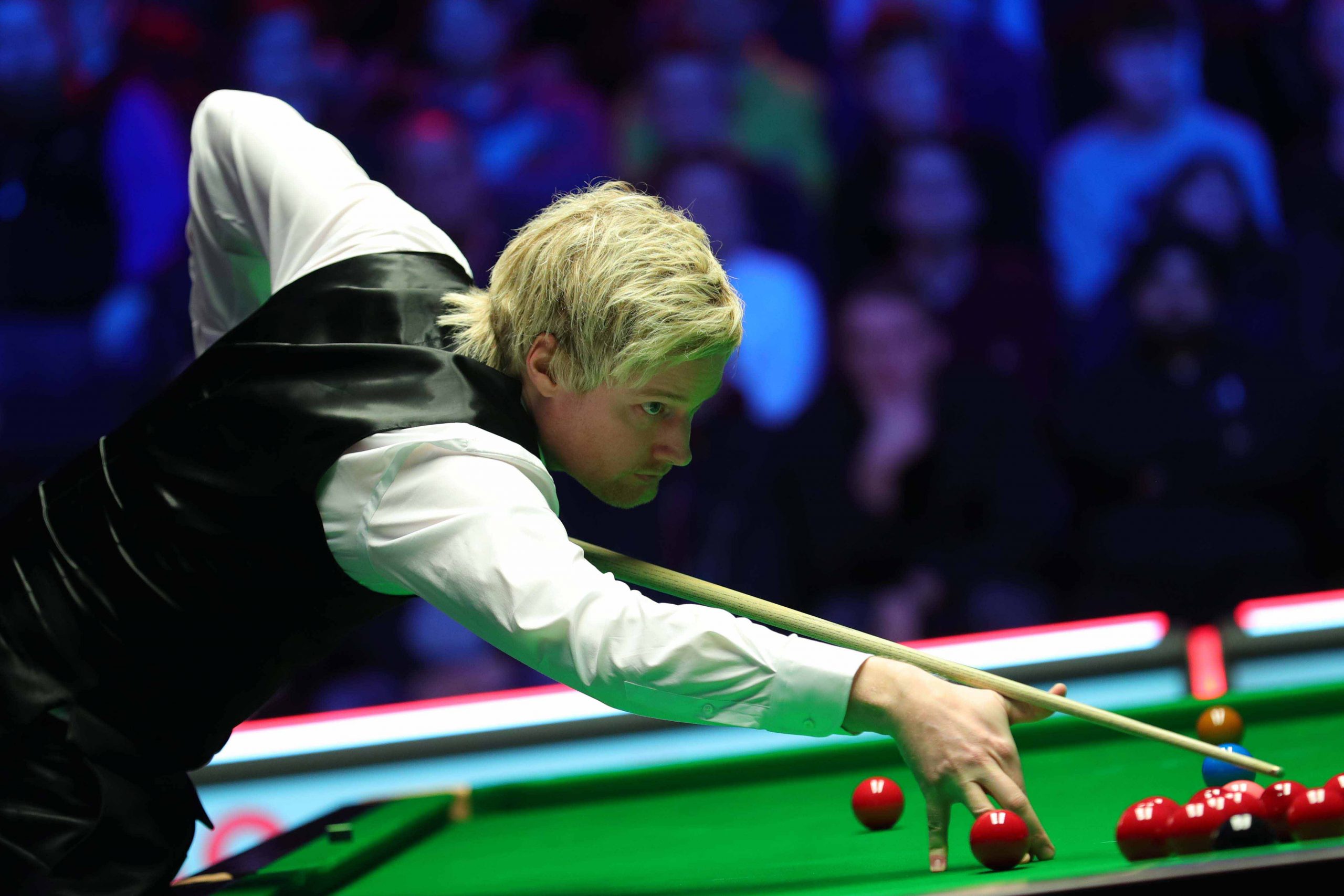 It was 2010 World Champion Robertson who controlled the opening stages of this evening’s encounter. Breaks of 79, 52, 82 and 80 saw him establish a hefty 4-1 advantage over six-time Crucible king O’Sullivan.

O’Sullivan responded with a break of 92 to keep himself in contention, before claiming the seventh to draw within a frame at 4-3. However, from there the match became more fragmented with both players missing numerous opportunities. It was Robertson who held himself together best, taking two on the bounce to wrap up the 6-3 victory.

“In the past I remember having little leads against him and I started to be more cautious and defensive, waiting for him to make mistakes. You can’t do that, you need to maintain a positive frame of mind and be the aggressor. That is the way I want to always play the game and I think that was what kept the pressure applied to him,” said Robertson, who celebrates his 40th birthday on Friday.

“You have to deal with the crowd when you play Ronnie. If you aren’t able to deal with it then you aren’t going to be successful and winning tournaments every season. The likelihood is that you are going to need to beat Ronnie along the way at some point. It can be really tough for some players and even me. You definitely notice it when you make a mistake and the crowd cheer him. He has earned that over the years and you just have to respect that.

“Jimmy will be the underdog in the semi-finals if he gets through, but he will be feeling really good and thinking anything is a bonus. I am very experienced playing against underdogs though. I am also used to the scenario of playing someone like John, where it is 50/50 and down to who plays best on the day.”