Tickets for the Bildbet German Masters are on sale now!

Box Office: You can book tickets through the following providers: 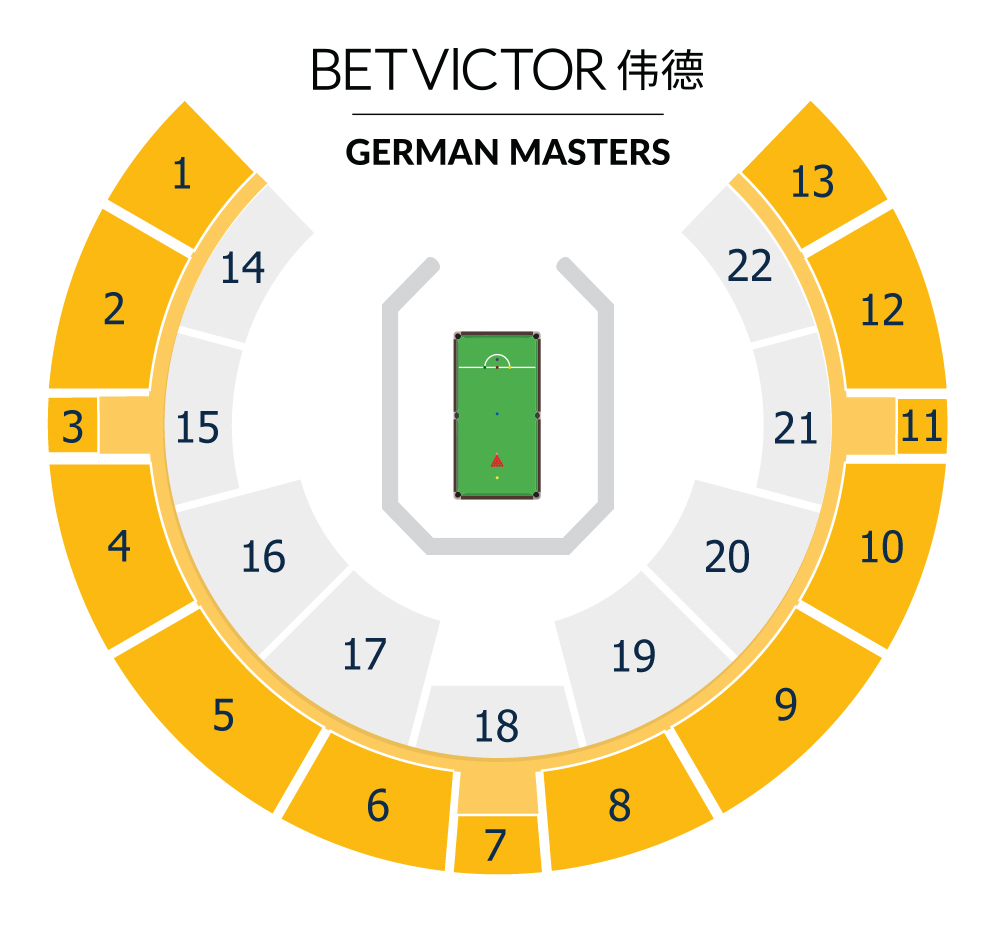 The 2022 Bildbet German Masters will run from January 26 to 30 at the famous Tempodrom venue in Berlin.

Judd Trump won the 2021 Bildbet German Masters with a 9-2 thrashing of Jack Lisowski in the final, becoming the first player to win the title in consecutive years.