Tiger On The Crucible Prowl 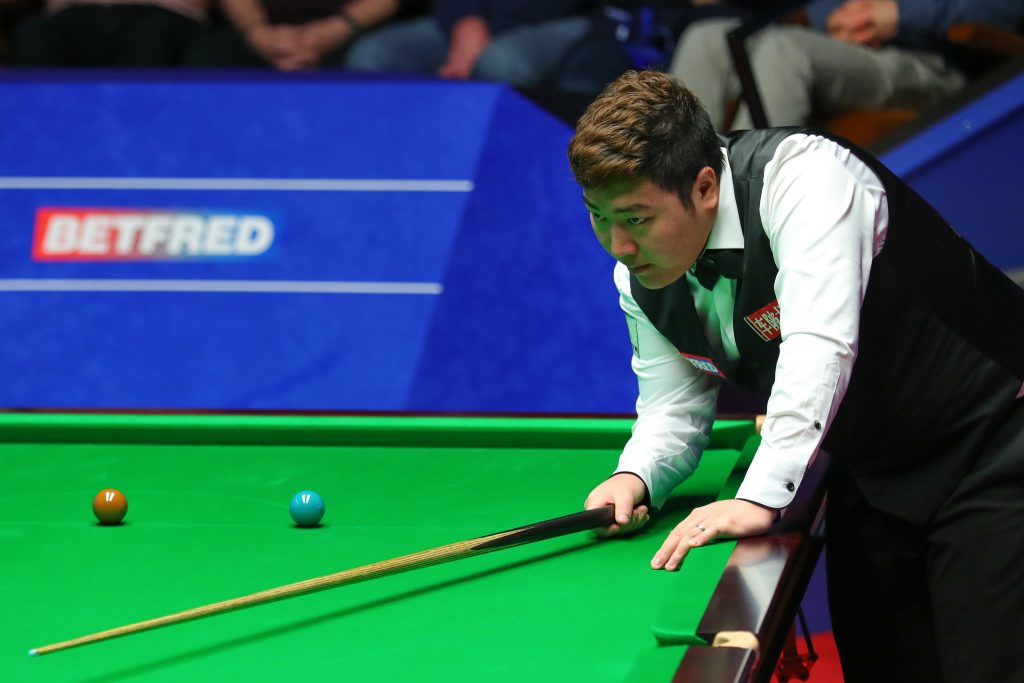 Yan has won his last three matches against Selby

Yan Bingtao pulled away from 5-5 to beat Chris Wakelin 10-6 in the first round of the Betfred World Championship, and having made two centuries and nine more breaks over 50, he looks sure to pose a serious challenge to Mark Selby in the last 16.

China’s Yan, nicknamed the Tiger, is through to the second round for the third consecutive year and has the chance to reach his first Crucible quarter-final, if he can sink his teeth into defending champion Selby. That match gets underway on Friday afternoon.

Former Masters champion Yan has not added to his trophy collection this season – his best run came at the German Masters where he reached the final before being annihilated 9-0 by Zhao Xintong. With an excellent all-round game and a steady temperament, 22-year-old Yan looks sure to have a bright future ahead of him.

Yan’s excellent break of 106 doubled his lead and he added a scrappy 13th frame to make it 8-5 at the interval. Wakelin might have pulled one back but missed the last red to a top corner when trailing 53-46 in frame 14, and could only watch as Yan converted cracking pots on the red, brown and yellow as he extended his advantage. 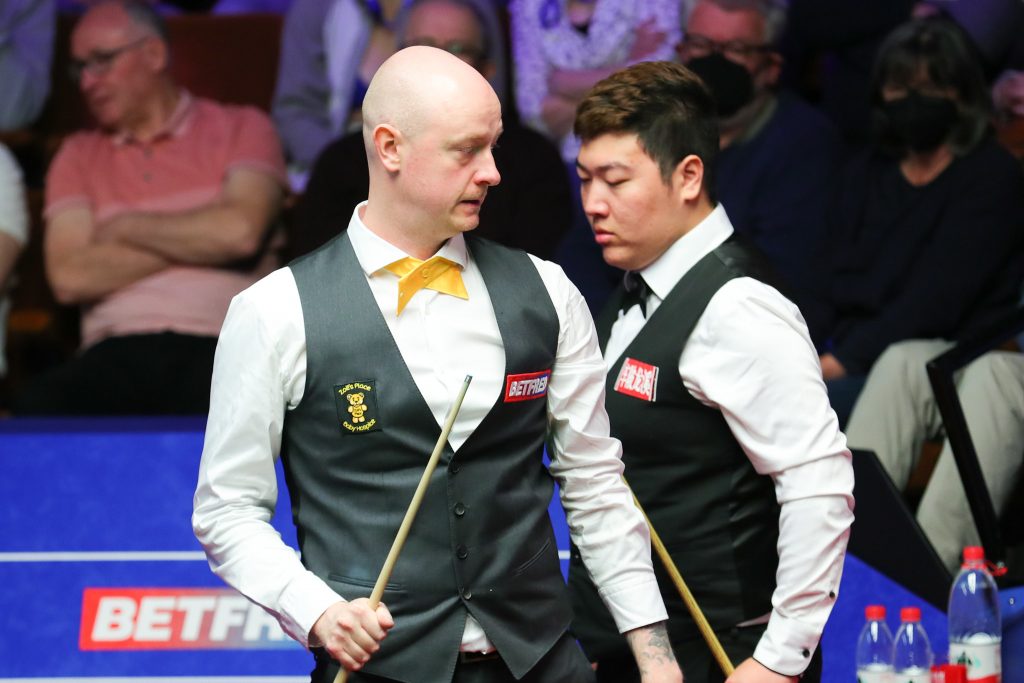 Yan was just three balls from victory in the 15th when he missed a mid-range pot on the third last red, and Wakelin took advantage to narrow the gap to 9-6. World number 16 Yan made 48 in the next before running out of position, but soon got another chance and added the points he needed.

“I felt very confident, I played very well this morning,” said Yan. “This year the Championship feels different, compared to the last two years. I’m just trying to relax ahead of my matches so I feel more confident. But I always feel pressure. Last night I only slept two hours so I am feeling very tired now.

“It will be a great match against Mark Selby. Many people say we are similar players. I cannot wait to play him in a best-of-25 match. I will just try to enjoy it. Mark has very good control over the table. I always try to be as good as he is in safety.

“I am very lucky because I didn’t go to the Gibraltar Open, I could have been knocked out of the top 16 then I would have had to qualify.”

Wakelin said: “I’m really delighted with how I’ve performed here today. If I’d been facing anyone else in the draw I’d probably have come out a comfortable winner. But hats off to Yan, he just played absolutely phenomenal snooker today. He did not give me an inch,

“It’s been a testing season, I’ve made a lot of changes my lifestyle such as losing weight. I’ve smashed that, I’ve lost four stone. I don’t feel like today was a loss. I feel like I did myself justice and I was really pleased with how I played.”

Meanwhile, Jack Lisowski established a 6-3 overnight lead against Matthew Stevens in a match which finishes on Wednesday afternoon.

After sharing the first four frames, Lisowski pulled away to take four in a row, knocking in breaks of 106, 100, 73 and 52. Two-time finalist Stevens won the final frame of the session with a break of 108 but still needs seven of the last ten. Victory for Lisowski would put him into the second round for the third time and set up a meeting with Neil Robertson.