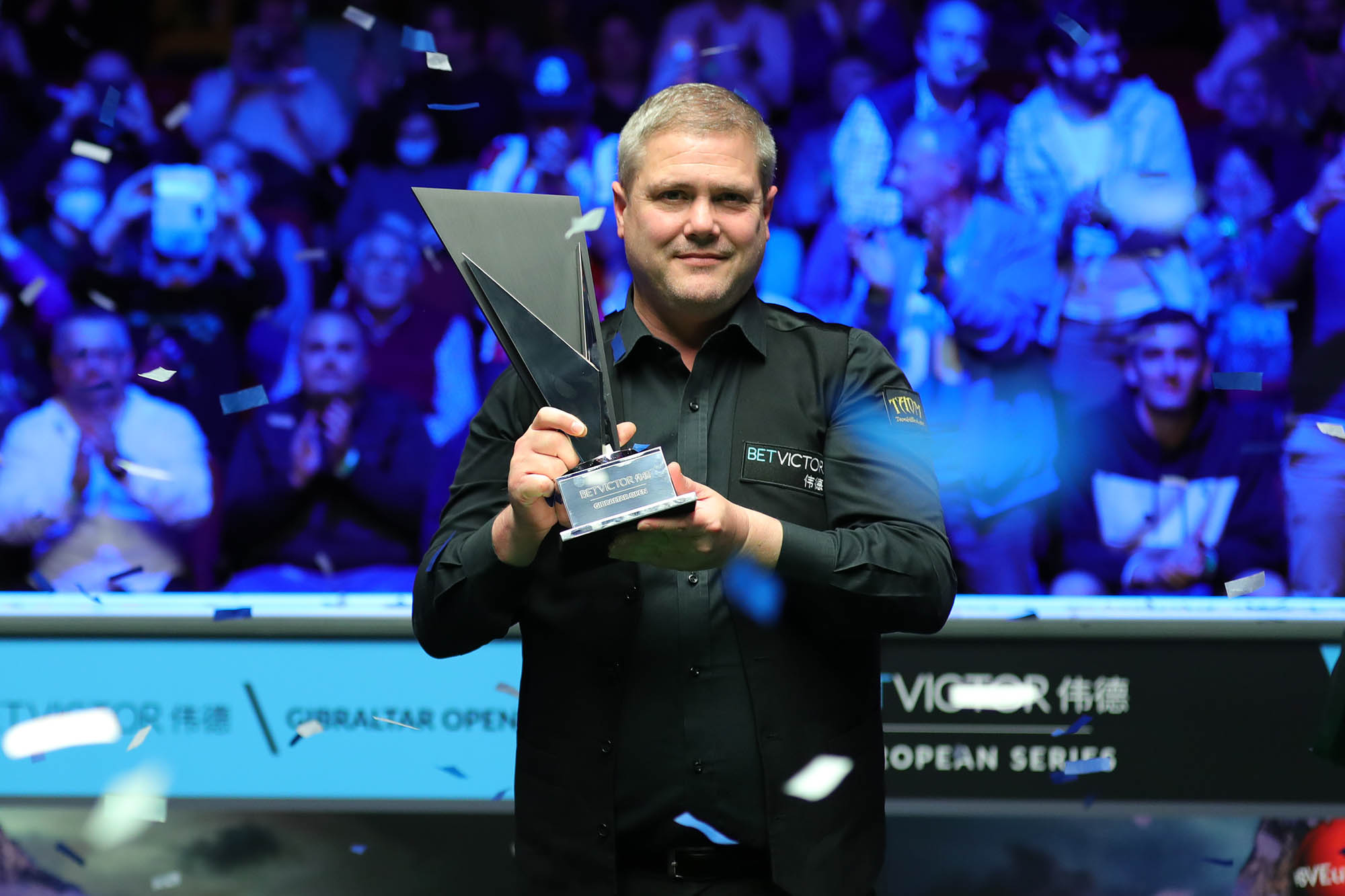 The Gloucestershire pair face off on home turf at next week’s World Grand Prix in Cheltenham. You can still be there, click here to buy tickets now.

At the age of 46, Milkins finally landed his first ranking title with an emotional victory at last season’s Gibraltar Open, where he beat Kyren Wilson 4-2 in the final. However, 31-year-old Lisowski is still hunting a first piece of major silverware, despite having appeared in six ranking finals.

Lisowski has been showcasing his considerable talent this week on one of the sport’s biggest stages in the Cazoo Masters at Alexandra Palace. After victories against John Higgins and Hossein Vafaei, Lisowski is now just two wins away from that dream first major title. He faces Mark Williams in the semi-finals tomorrow.

Having suffered heartbreak and near misses himself across his 27 seasons as a professional. Milkins believes Lisowski, who was just eight years old when they first met, would benefit hugely from crossing the line in an event and getting that monkey off his back.

Milkins said: “It would be nice to see him win an event. Once he wins one, that will be the breakthrough he needs. I know how hard it is to win a tournament. Once he has done it, then he will kick on and I think he will win multiple titles. I just hope his win comes soon. I don’t want that to be in the World Grand Prix, obviously, but I always look out for his scores. I want him to win something because he deserves it.

“Jack was a standout from a young age. He was so small when he first started that he needed to stand on a box to play shots, but you could see his ability then. He is like a little brother to me and we are very close. It’s taken him too long really, because his game has been there for a long time. I have practised with him for years and years. He was just losing match after match and nearly fell off the tour at one stage, it’s a crazy thought. Now he has made a breakthrough and got some self belief. That was always his downfall.

“There was so much pressure during the Gibraltar Open last season, that I was wondering whether it was all worth it. Every shot was a pint of blood. There is only so much you can take. It was so hard winning that tournament.  That is what Jack has to get over. He’s been in six ranking event finals and is struggling to get over that last hurdle. The thing is that he has been against top players in all of those finals. Some players are getting lower ranked players for their first win.  He hasn’t had that luxury.”

The prospect of facing Lisowski isn’t one which Milkins is particularly relishing. Especially considering there is plenty on the line as he steps up his chase for a place in the next stage of the series, the Players Championship. Just 16 players can earn their places in Wolverhampton. However, Milkins remains in contention back in 25th position on the one-year list, having qualified for the upcoming BetVictor German Masters and BetVictor Welsh Open.

“It was really the worst possible draw for me really. Other than Ronnie that is the worst draw I could get. Not necessarily in terms of ability, it is just a big occasion for local people. They wouldn’t be pestering me so much for tickets if it wasn’t for me playing Jack. It is the biggest match of the tournament considering we are in Cheltenham.

“I’ve won virtually all of my first round ties, other than a match against Peter Lines. Everyone I needed to and should have beat I have. I’ve been consistent in a lot of tournaments. That consistency is keeping me not just where I am in the rankings but going up a little bit. It isn’t ideal as I’d rather be getting to the latter stages, but I’ll have to take it for now. I’m not getting younger and there isn’t that much left in the tank. Something has got to give eventually.

“It has given me a big boost knowing I’ve won an event. This is what I’m saying about Jack. If he wins one then I’m sure he will go on and win more. I get that feeling even about myself. If I get to the latter stages of a tournament, the pressure won’t be on me. Everyone wants to win at least one. If you do that, you are a ranking event winner. I don’t have that on my shoulders anymore.”