Wilson – I Can Win Title

Last year’s Crucible runner-up Kyren Wilson came from 5-2 down to score a 13-8 win over Neil Robertson in the quarter-finals of the Betfred World Championship, then stated his belief that he can lift the trophy.

Wilson beat Judd Trump at the same stage last year and once again got the better of one of the giants of the game to reach the one-table situation. He has appeared in at least the quarter-finals for six consecutive years and is now through to his third semi. Wilson lost to Ronnie O’Sullivan in the final last year; the only thing he has to do to prove his Crucible pedigree is to go one step further and lift the trophy. 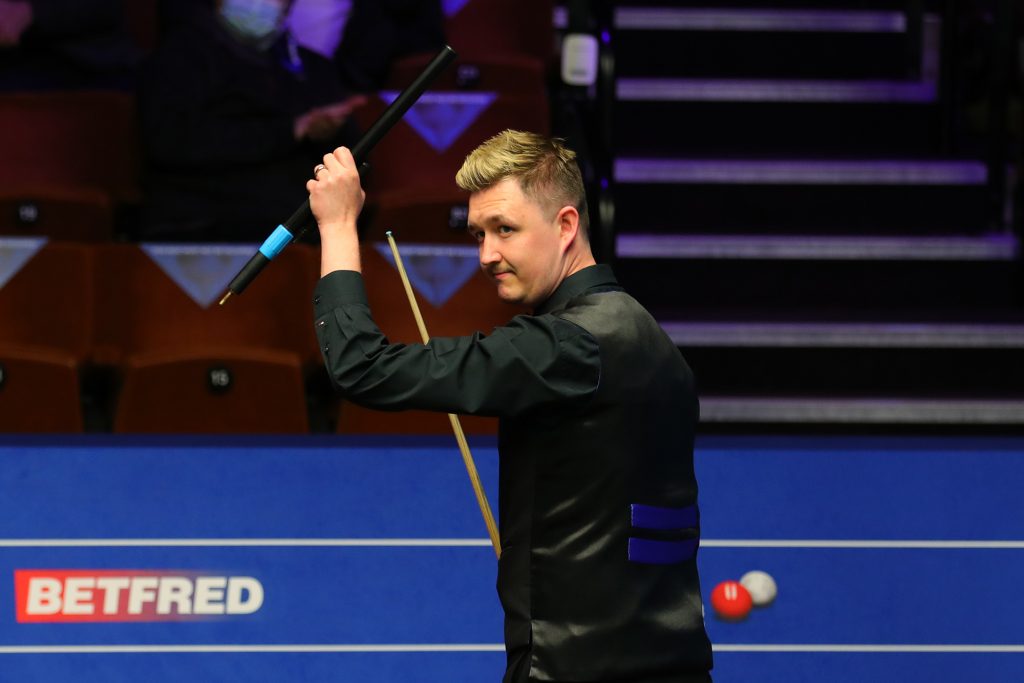 The 29-year-old from Kettering certainly has the all-round game and self-belief to go all the way, having outplayed Robertson throughout the second and third sessions. His next opponent will be Trump or Shaun Murphy.

Australia’s Robertson came to Sheffield at the top of his game having won the UK Championship and Cazoo Tour Championship this season, but once again was not able to produce his free-flowing best on the biggest stage. The 2010 champion has not reached the semi-finals since 2014.

World number six Wilson made a 133 in the opening frame today to take a 9-8 lead. Robertson had first chance in frame 18 but made only 23. He didn’t score another point until he was 11-8 down as Wilson made breaks of 59 and 62 to extend his lead.

Wilson got the better of a fragmented 20th frame to make it 12-8 at the interval, then sealed victory in the next with a run of 84.

“I am delighted to get over the line,” said Wilson. “Today I focussed on what was at stake and what I needed to do. I channelled the positive thoughts and went for it. The century in the first frame today got me motoring. Neil can go off into the distance if you let him so I had to put a stop to that and make him think. He can go into his shell sometimes. When he is scoring fluently he is probably the best player in the world so I had to neutralise that.

“I wasn’t going to hand him the table and say mop them up. I was going to try to make him earn it and work for it. Neil started the match strongly, he had his scoring boots on. I had to get the best result I could out of the first session, and to be 5-3 down and then 8-8 last night gave me a great opportunity going into today.

“Last year Judd was tipped to win the event and I managed to beat him, this time Neil was tipped for it and I have knocked him out. I believe in what I can do, I can beat anyone on my day. I don’t see the point in being in this sport to just turn up for the money and say quarter-finals will do. If I lose in the semi-finals I will go away from here annoyed, it wouldn’t be good enough. I want to push on and I believe I can win it.”

World number three Robertson said: “I wasn’t able to reproduce the form I showed in the last few weeks. It has still been a brilliant season, it’s just a shame I couldn’t finish it on the single table here.

“I feel I lost it in the the second session yesterday. Not every session is going to be free flowing, certain players will make it tough and Kyren did that very well against me. I wasn’t good enough to keep the game open. I allowed the frames to go on for too long and that knocked me out of my rhythm.”