Trump And Robertson All Square

Judd Trump and Neil Robertson finished level at 4-4 after the first session of the Betway UK Championship final.

First to ten frames on Sunday evening takes the trophy and top prize of £200,000. Robertson has led four times so far, but each time Trump has hauled him back to leave the contest perfectly poised.

World number one Trump is aiming for his second UK Championship crown and first since 2011. Victory would give him his 20th career ranking title and third of the season, having already captured the English Open and Northern Ireland Open. That latter triumph was part of an unbeaten run covering 15 consecutive matches.

Bristol’s 31-year-old Trump has been snooker’s outstanding player over the past 25 months, winning 12 titles in that period and building a vast lead at the top of the world rankings. He has won 12 of 21 previous meetings with Robertson, including final victories at the German Masters and English Open this year.

Robertson took this title in 2013 and 2015 and is aiming to join a group of just five other players to have lifted the trophy at least three times, alongside Ronnie O’Sullivan (seven titles), Steve Davis (six), Stephen Hendry (five), John Higgins (three) and Ding Junhui (three).

Having lost in his two previous finals this season, at the English Open and Champion of Champions, Australia’s 38-year-old Robertson is determined to make it third time lucky as he chases his 19th ranking title. The top prize would move him up to number two in the world, ahead of O’Sullivan. 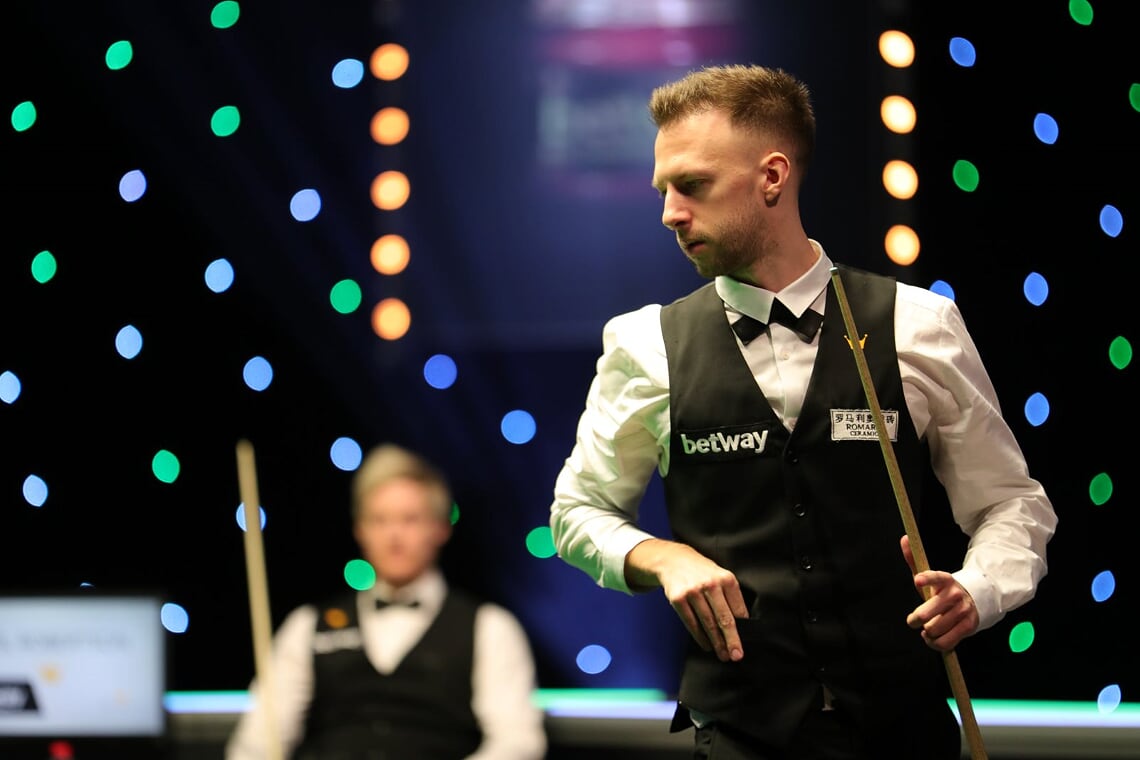 Today’s match had a cagey start, the first two frames taking 47 minutes. Trump might have won the first if he hadn’t missed the blue to a centre pocket off the last red, letting his opponent in to snatch it. The second came down to a battle on the colours after Trump had missed a simple frame-ball yellow, but he was let off the hook as Robertson failed to pot a mid-range green, allowing Englishman Trump to make it 1-1.

Robertson restored his lead with a 69 before Trump levelled with a run of 79. After the interval the match followed the same pattern as Robertson took frame five with a 103 then Trump replied with 58 and 31 for 3-3.

In frame seven, Trump had first chance but made just 22 before missing a tricky red to a centre pocket. Robertson slotted in an excellent pot on a red to a baulk corner and went on to make 110. That was his 12th century of the tournament, equalling the record for a single UK Championship set by Hendry and O’Sullivan. But once again Trump found an answer, finishing the session with a 128 total clearance.