Trump Bounces Back From Final Defeat

Despite feeling “drained” having travelled over 2,000 miles since losing in the BetVictor Welsh Open final on Sunday, Judd Trump got his Nirvana Turkish Masters campaign up and running with a 5-0 thumping of Michael Georgiou.

Trump went down 9-5 to Joe Perry in Wales two days ago, and defeat was tough to take as it would have ended a year-long drought without a ranking title, while also putting him top of the BetVictor Series rankings and into the top eight on the one-year list. 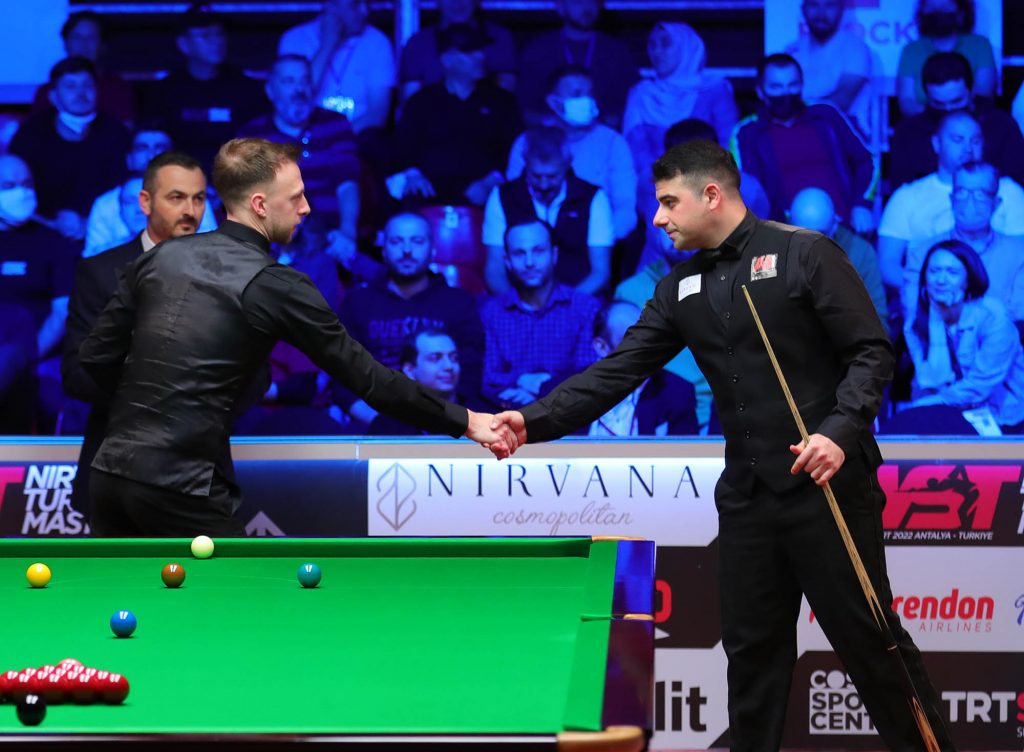 Shrugging off that disappointment, Trump was determined to get back to the baize and has arrived in Antalya looking for another title challenge. He rolled in breaks of 110, 61 and 75 in a convincing display against Georgiou.

“I have been really tired for the last two days, it’s draining when you reach a final, to keep the momentum going,” said world number three Trump, who meets Chris Wakelin in the last 64 on Wednesday. “I felt flat out there today and I probably will do for the first few rounds. Hopefully I can play my way into the tournament. It’s great to come to new places and nice to be able to forget about Sunday and start a new tournament.

“I expected Joe to play well on Sunday because he had been the best player of the tournament, I just felt I should have got more out of myself. I had a chance to go 5-3 up and missed the boat. He relaxed in the evening session and played a lot better than I did. He thoroughly deserved it.”

Looking ahead to his match with Wakelin, Trump added: “I have had some good games with Chris, he enjoys the limelight and the big occasions. He has proved he can beat the top players.” 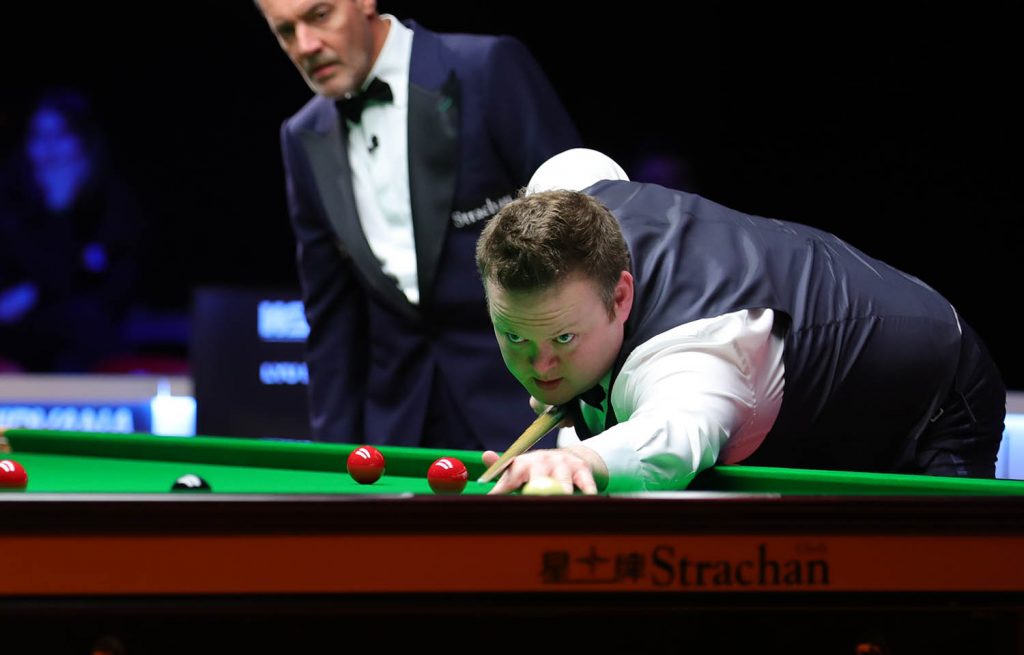 Shaun Murphy’s 5-0 success was every bit as emphatic as Trump’s as he beat Lyu Haotian in just 63 minutes with top runs of 64, 59 and 58. Last year’s Crucible finalist Murphy, who is yet to reach the semi-finals of a ranking event this season, is into the last 32 to meet Jimmy Robertson, who came from 2-0 down to beat Cao Yupeng 5-2 with a top break of 81.