Trump Cruises Into Round Two

Judd Trump completed a one-sided 10-4 victory over Liam Highfield to reach the last 16 of the Betfred World Championship – a result which guarantees that he will finish the season as world number one.

So dominant has the Bristol cueman been over the past two seasons – landing 11 ranking titles – that even if he were to lose in the second round and then Ronnie O’Sullivan were to win the Crucible crown for a second year in a row, that would not be enough to dislodge Trump from top spot. 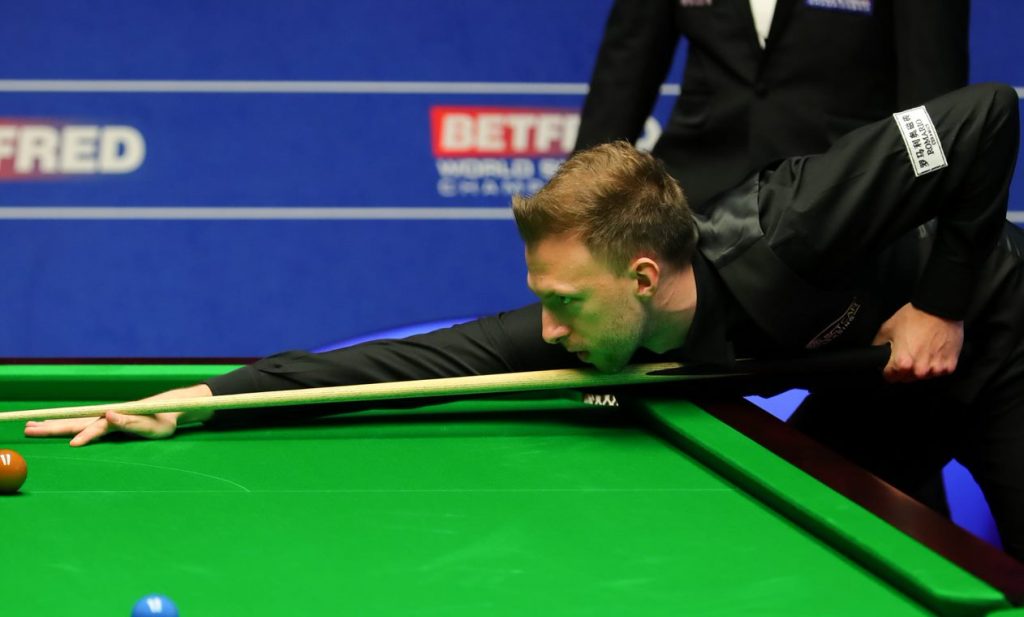 Trump has already won five ranking titles this season, one short of the record of six he set last term

But 31-year-old Trump’s only focus now will be to take the £500,000 first prize himself and double his tally of world titles, having captured his first in 2019. He could face a difficult test against David Gilbert over 25 frames on Sunday and Monday.

The opening round at the Crucible has been a hazardous hunting ground for Trump in recent years; since 2016 he has had two wins by a 10-8 scoreline and two 10-9 victories as well as a 10-8 defeat against Rory McLeod. But this time he was always in control as Highfield never threatened an upset.

Trump led 7-2 after the first session with a top break of 116. A run of 51 in the first frame today helped him extend his lead. In frame 11, Trump could have cleared from 56-4 down but ran out of position from pink to black, then played a loose safety which allowed Highfield to pull one back.

A run of 84 put Trump 9-3 ahead, then world number 49 Highfield had the consolation of making the highest break of the match and showing his talent with a 138 total clearance. But there would be no fight back as Trump won frame 14 with a top run of 52.

“Liam played some really good stuff and played with a lot of freedom,” said Trump, making his 11th consecutive Crucible appearance. “He missed the odd ball here and there. It was a really enjoyable game, free flowing, we both went for our shots. 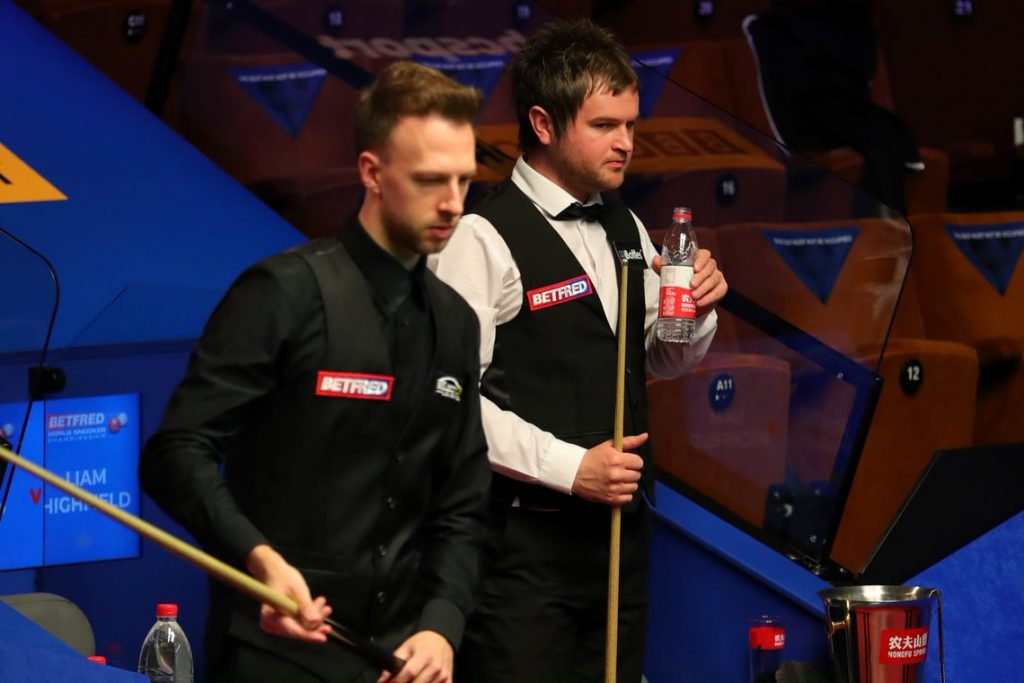 “I have tried to approach this tournament as if I was 21, saving some excitement for it and trying to enjoy myself. I have spent a lot of time at home over the past year so I want to take it all in while I’m in Sheffield. There have been times this season when I have won a tournament, picked up a trophy, got in the car and driven home. The enjoyment of that couple of hours afterwards when you celebrate with your friends and family has not been there. I have got my brother with me backstage this time which brings back the chance to share it with someone.”

Trump was also asked about Barry Hearn who bowed out as WST Chairman on Tuesday. “He did everything he possibly could for snooker. It was his first love and his passion,” said Trump. “That rubs off on everyone who has worked hard to get us to this point. It’s up to the players and the other people behind the scenes now to make a few changes and take it to the next level. He can sit back now and be proud of putting us in that position.”

On the other table, Mark Selby moved to the brink of the second round as he built an 8-1 lead over Kurt Maflin. Three-time champion Selby will need just two more frames when they return on Thursday evening to set up a second round meeting with Mark Allen.

Breaks of 68, 54, 60 and 50 helped Selby ease into a 3-0 lead, before Maflin pulled one back with a 91. Norway’s Maflin scored just six points in the next four frames as Selby extended his advantage to 7-1 with top runs of 101 and 142. And a superb 65 clearance in the last frame of the session put Leicester’s Selby into a commanding overnight position.