Judd Trump came through a second consecutive 6-5 thriller, making superb breaks in the last two frames as he came from 5-4 down to beat Barry Hawkins in the quarter-finals of the Cazoo Masters.

Trump could be forgiven for wondering if he is destined for the title this week as he recovered a 5-3 deficit to win 6-5 in his opening match against Ryan Day, and rose to the occasion again when it mattered most today. It’s a measure of revenge for the Bristol player as he lost 6-5 to Hawkins in the semi-finals a year ago. 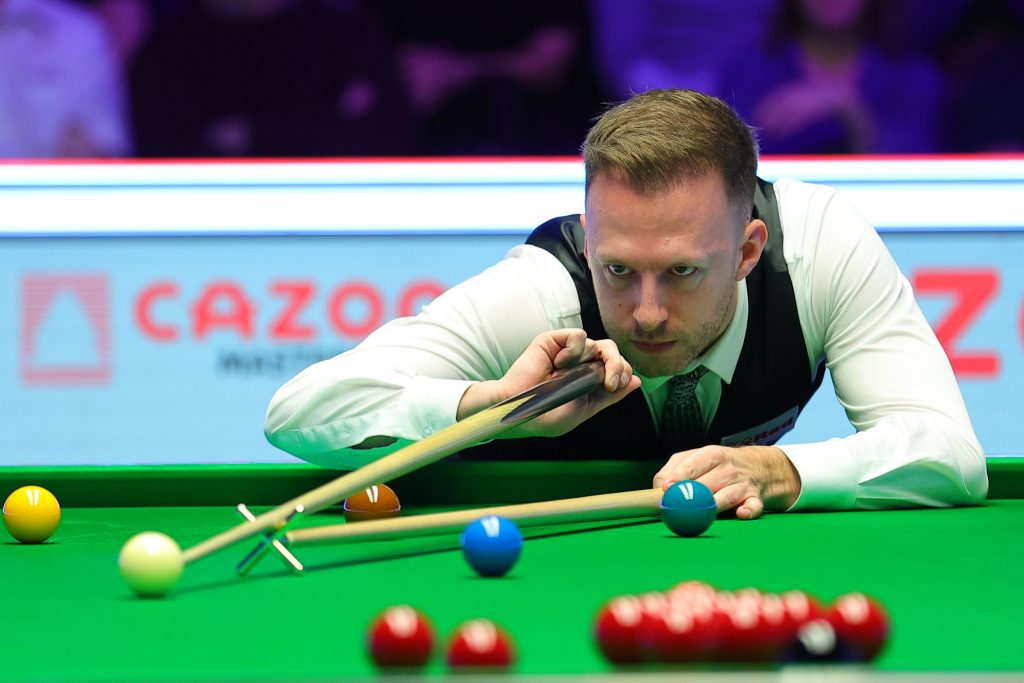 Flamboyant Trump was inspired by roar from the crowd as the players shook hands before the deciding frame. “That was one of the loudest cheers I have ever heard,” said the world number four, who will meet Shaun Murphy or Stuart Bingham on Saturday at 7pm. “It was my break and I could have got down a bit sooner, but I wanted to soak it all in and let them get as loud as possible, and enjoy it as much as I could. When that kind of thing happens it helps to relax me, it’s not often you get to experience that.”

Trump is aiming to win the Masters for the second time having lifted the trophy in 2019, and is into the semi-finals for the sixth occasion. The 33-year-old is also chasing his first title since he won the Turkish Masters in March 2022.

In the opening frame, Trump got the better of a safety battle on the penultimate red and cleared the table to go 1-0 up. Hawkins responded with a break of 110 then got the better of frame three to lead 2-1, before Trump levelled with a run of 69. In the fifth, Hawkins led 44-5 when he missed the black off its spot, and Trump punished him with a run of 61 to edge ahead.

Hawkins missed frame-ball red at 61-6 in the sixth, but Trump’s hopes of snatching it ended when he missed a difficult thin cut on the black after potting the last red. World number 13 Hawkins compiled a break of 66 to lead 4-3, then Trump replied with a tremendous 143 total clearance, his highest ever break in the Masters and equalling the best of the week, set by Mark Williams then matched by Hossein Vafaei. In frame nine, Hawkins led 49-0 when he missed a straight-forward black, but got back in by fluking a red and added the points he needed to lead 5-4. Back came Trump with a 107 clearance to set up the decider. 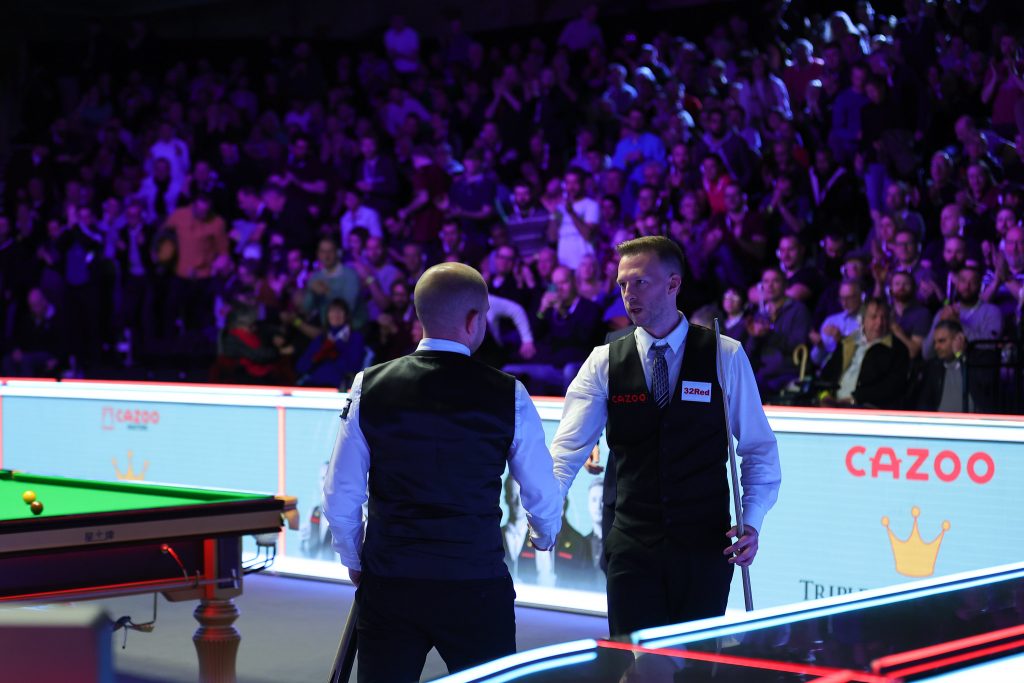 Hawkins had first chance but potted just a red and yellow before missing an awkward red to a top corner. Trump needed only one opportunity, making 81 to reach his only semi-final this season other than the Cazoo Champion of Champions.

“I felt in control at the end, as if I knew I was going to clear up,” added Trump. “I made some good breaks from 4-3 down. I had to hang in there at the start when I was struggling, but towards the end I felt that if I could get my hand on the table I was going to score heavily. It’s a nice feeling to win another close one. It gives me confidence to do that when my back was against the wall.”

Hawkins said: “I kept playing loose positional shots which was frustrating. The standard improved in the second half of the match and Judd made a good break in the last frame. I was stretching on the red I missed and concentrating on getting the right angle on the black. I had my chance. Judd’s still nowhere near as good as he can be, but he probably deserved to win today.”