Judd Trump was far from his best against Chris Wakelin in the second round of the Cazoo UK Championship but came through 6-3 and remains confident of winning one of the longest events on the calendar.

Trump looked in danger of a shock exit when he trailed 3-2, but eventually battled through to a third round match with Matthew Selt. World number two Trump is aiming for back-to-back titles having won the Cazoo Champion of Champions a week ago. 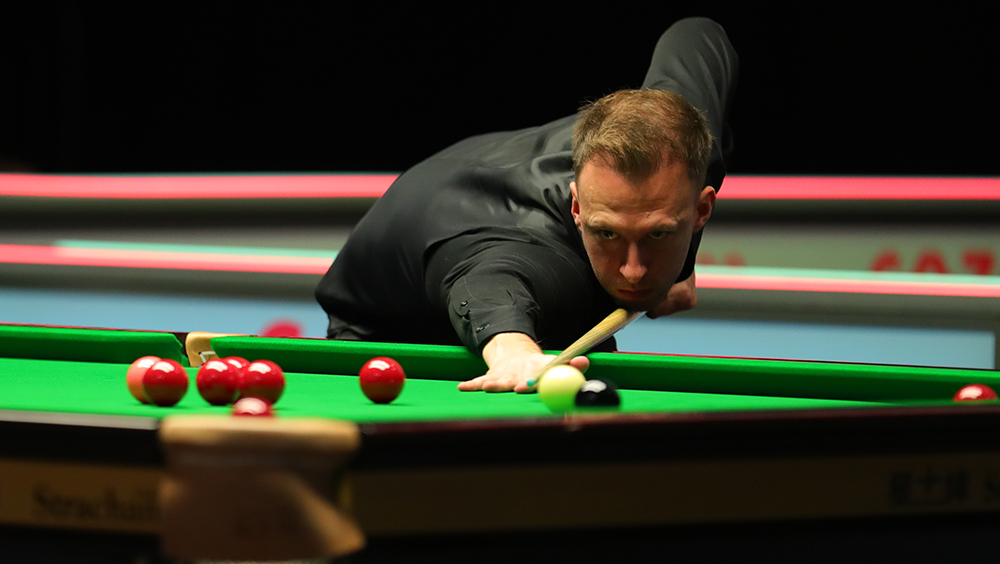 A break of 84 – his highest of the match – put Trump 2-1 ahead, then Wakelin took frame four and made a 51 clearance to snatch the fifth. Trump levelled with a run of 66 then won two scrappy frames, lasting over an hour in total. And the Bristolian left-hander soon sealed victory in frame nine with breaks of 37 and 26.

“It was a slow match, the balls went awkward,” said 32-year-old Trump, who won this title in 2011. “A few years ago I might have lost that match but mentally I am stronger now. Chris is a good player and you can’t expect your opponent to lie down and give it to you.

“This is a long event, almost as long as the World Championship. You can’t play at your best all the way through, you just have to get through the early rounds and then try to peak at the right time. It’s ten years since I won this event but I have been in two other finals since.”

Looking ahead to his match with close friend Selt, Trump added: “It could be a similar game because he is very good at the tactical side. I practised with him when I was younger and learned a lot about the game from him.”

Ding Junhui will miss the Cazoo Masters for the first time since 2006 as he lost 6-3 to Sam Craigie. That leaves Ding in 25th place in the race to Alexandra Palace and with only the top 16 at the end of this event to qualify, the Chinese cueman will not be among the field in London in January. 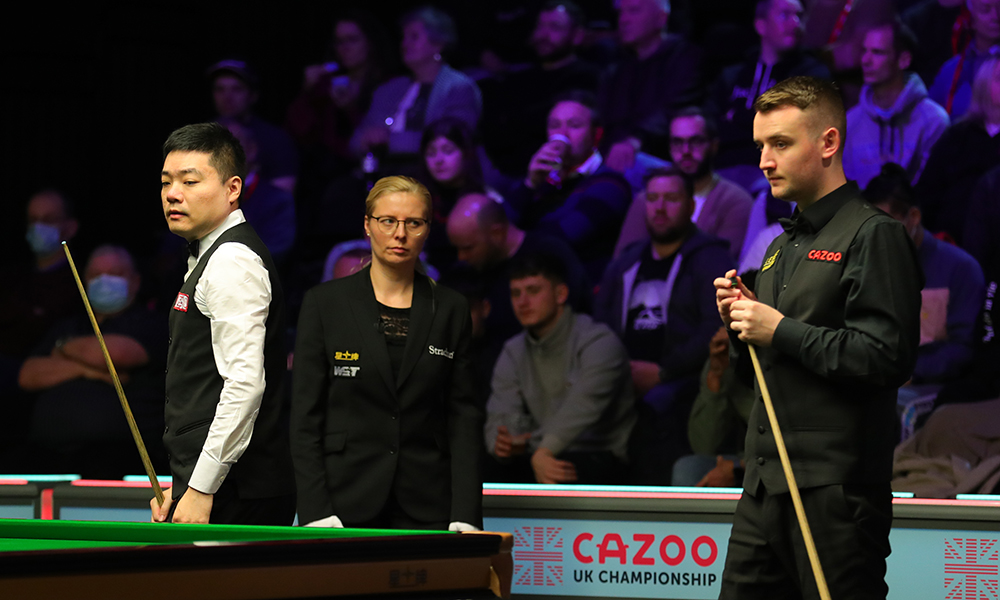 World number 55 Craigie enjoyed one of his best career results as he compiled breaks of 55, 69, 105 and 84 in a superb win. “In the first half of the match, Ding was all over the place,” said Craigie. “He missed two or three blacks off the spot, he looked shaky and I really fancied it. Then after the interval he made a couple of big breaks but I responded well. The money and the ranking points mean a lot to someone in my position.”

Martin Gould is also out of the running in the Cazoo Masters race as he lost 6-3 to Cao Yupeng.

Stephen Maguire was in tremendous form in a 6-1 thrashing of Tian Pengfei. Breaks of 75, 127, 104, 73 and 90 helped Maguire into the third round. “I played very well, the crowd gave me a buzz and I fed off that,” said the Scot, who will now face either Tom Ford or Luca Brecel. He joked: “Tom has been staying in my apartment in York but if he we’re playing in the next round I’ll kick him out. He can go and find a hotel for £250 a night.”