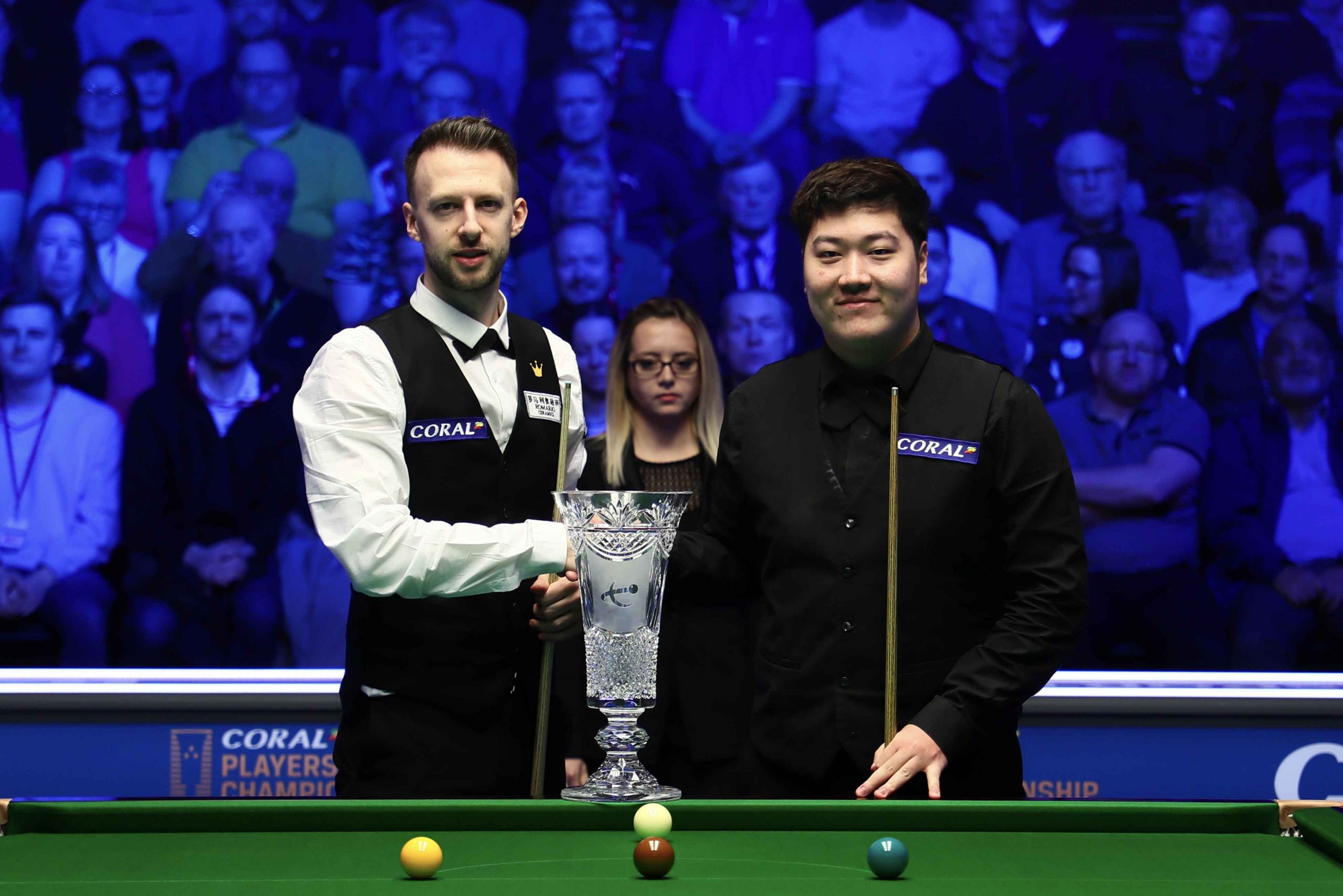 The Ace in the Pack is searching for a record equalling fifth ranking title this season. He’s already notched up victories at the International Championship, World Open, Northern Ireland Open and the German Masters.

Yan won his maiden ranking silverware at the season opening Riga Masters. However, he will have to win eight of the remaining 11 frames this evening if he is to pick up this week’s £125,000 top prize.

Trump dramatically stole this afternoon’s first frame. He required a snooker to tie, but when Yan left him a free ball on the final red he was able to craft a break of 37 and steal on the black.

Yan restored parity, before World Champion Trump charged clear of his counterpart. Breaks of 75, 122, 50 and 75 helped him to five frames on the bounce to lead 6-1. China’s Yan kept himself in with a chance by claiming the last frame of the session with a fine 95 break.

They will return this evening at 7pm, with the first to 10 frames taking home the title.