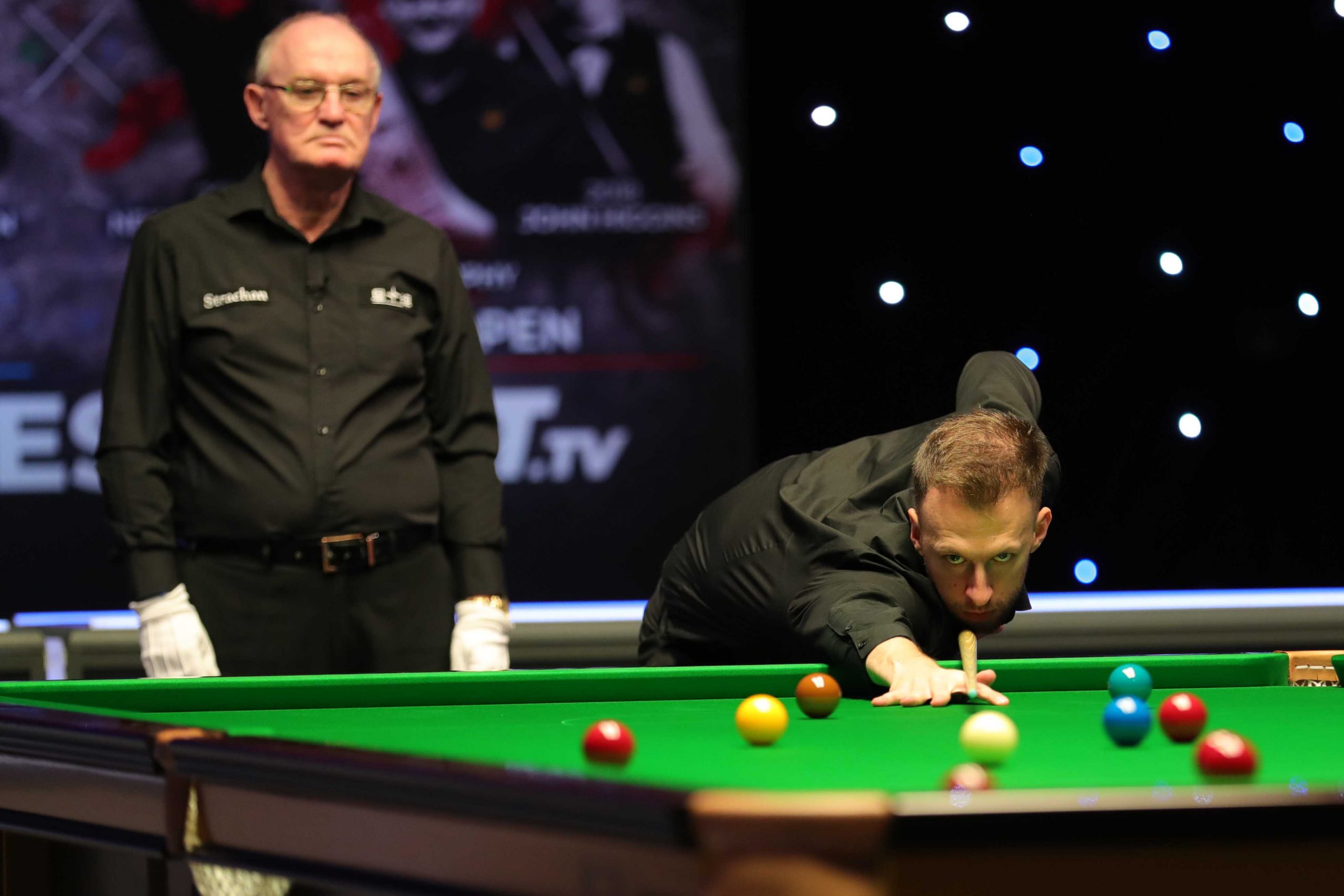 World number one Judd Trump bounced back from a nerve-shredding defeat in the Betway UK Championship final, to ease past Switzerland’s Alexander Ursenbacher 4-1 in the opening round of the Matchroom.Live Scottish Open.

Trump suffered a heartbreaking 10-9 loss to Neil Robertson on the final pink in the early hours of Monday morning in the UK final. However, despite suggestions that he may pull out, the Ace in the Pack has elected to play this week. His opponent Robertson did decide to withdraw.

Trump has enjoyed a sparkling Home Nations Series so far this season. He’s won both of the events already played, picking up the title at the English Open and Northern Ireland Open. Ursenbacher came into today’s tie high on confidence, having beaten World Champion Ronnie O’Sullivan at the UK Championship. However, Trump completely dominated this afternoon.

Breaks of 66, 52 and 69 helped Trump to a 3-0 advantage, before Ursenbacher got a frame on the board with a run of 70. In the winning frame, Trump embarked on a 147 attempt, before breaking down by missing a difficult black on 81.

Trump said: “I had a day at home to rest and I felt recharged and ready to go again. It still took a lot out of me being in the last couple of finals. I’ve been in the semi-finals of every event I’ve played this season. I don’t know if anyone has done that before. I am playing well and it is nice to give myself an opportunity to win another event.

“I’ve watched the UK final back and I think the pink I missed was more difficult than I thought at the time. I think I was so excited to pot the blue, that was the real pressure shot, that I rushed the pink. You’d love to be able to play those shots again, but it is gone and you just have to learn from things like that and let it make you stronger.”

Trump will face former Northern Ireland Open winner Mark King in the second round. King beat Chen Zifan 4-0 and prevented the Chinese cueman from scoring a single point today. King composed runs of 87, 73, 54 and 50 to secure a whitewash on points and frames.

Higgins had trailed Vahedi 3-1, before clawing back within a frame. Vahedi then looked set to claim the tie when he led 62-1 in the sixth frame. However, a vintage clearance of 65 saw Higgins steal to restore parity at 3-3. He then clinched the win with a break of 59.

“I deserved to lose. Big Soheil should have put me away there,” said 30-time ranking event winner Higgins. “I was delighted to make the clearance to go 3-3. It isn’t great when you are just thinking of the long car journey home. Luckily I knocked in the clearance.

“I would dearly love to win it. I’m not that confident that I’m going to win soon. You just hope it can click for you in one of the weeks.”

Ronnie O’Sullivan came from 2-0 down to beat Allan Taylor 4-2 and book his second round spot.

O’Sullivan stormed to four frames on the bounce, making breaks of 60, 72, 127 and 58. He conceded just eight points in the process. Next up the Rocket faces China’s Chang Bingyu.