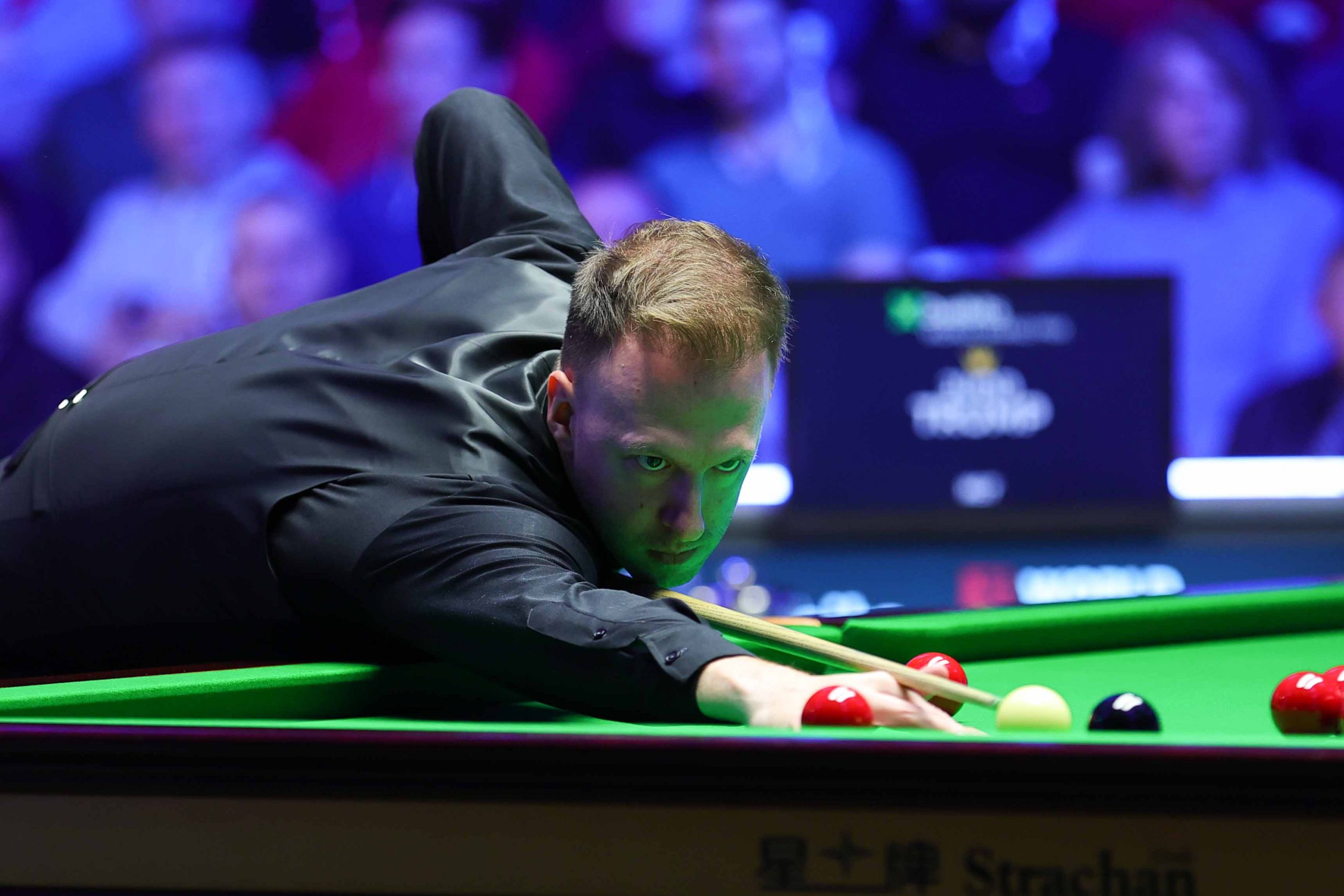 Judd Trump whitewashed Luca Brecel 4-0 to earn his place in the quarter-finals of the Duelbits World Grand Prix.

The world number four arrives in Cheltenham off the back of what he describes as the “biggest win of his career”. Trump edged out Mark Williams 10-8 in an epic Masters final to lift the Paul Hunter Trophy for a second time at Alexandra Palace last Sunday.

The Juddernaut continued his momentum with an entertaining 4-2 win over Iran’s Hossein Vafaei in round one, but faced what looked to be a stern second round test this afternoon against Belgium’s Brecel.

The Englishman wasted little time in securing victory. He took a clean sweep of the frames thanks to breaks of 57, 62, 72 and 79, with the match lasting just an hour and 14 minutes. He now faces a quarter-final tie against Xiao Guodong, who beat Ryan Day 4-1 this afternoon.

Trump said: “I’m probably playing a little bit better than I did last week. I’m scoring a bit heavier. I should have had a maximum in that match and I should have had a century in the last frame as well. I still get a bit disappointed when I’m not clearing the table up. The hard work was done and the frame winning breaks were done. It would have been nice to do it in style but another winning performance.”

Shaun Murphy scored a 4-2 win over Kyren Wilson to earn his place in the quarter-finals. The Magician composed breaks of 79 and exactly 100 on his way to winning.

Englishman Murphy needs a strong showing this week to ensure he continues progressing through the Duelbits Series. The 2005 World Champion currently sits in 14th position on the one-year list. Only the top 16 will make it to the Players Championship, with eight making the finale at the Tour Championship.

Next up Murphy faces Scotland’s Anthony McGill up next. McGill was in fine form during a 4-0 demolition of Sam Craigie. The two-time ranking event winner fired in breaks of 78, 55, 131 and 76 on his way to victory.