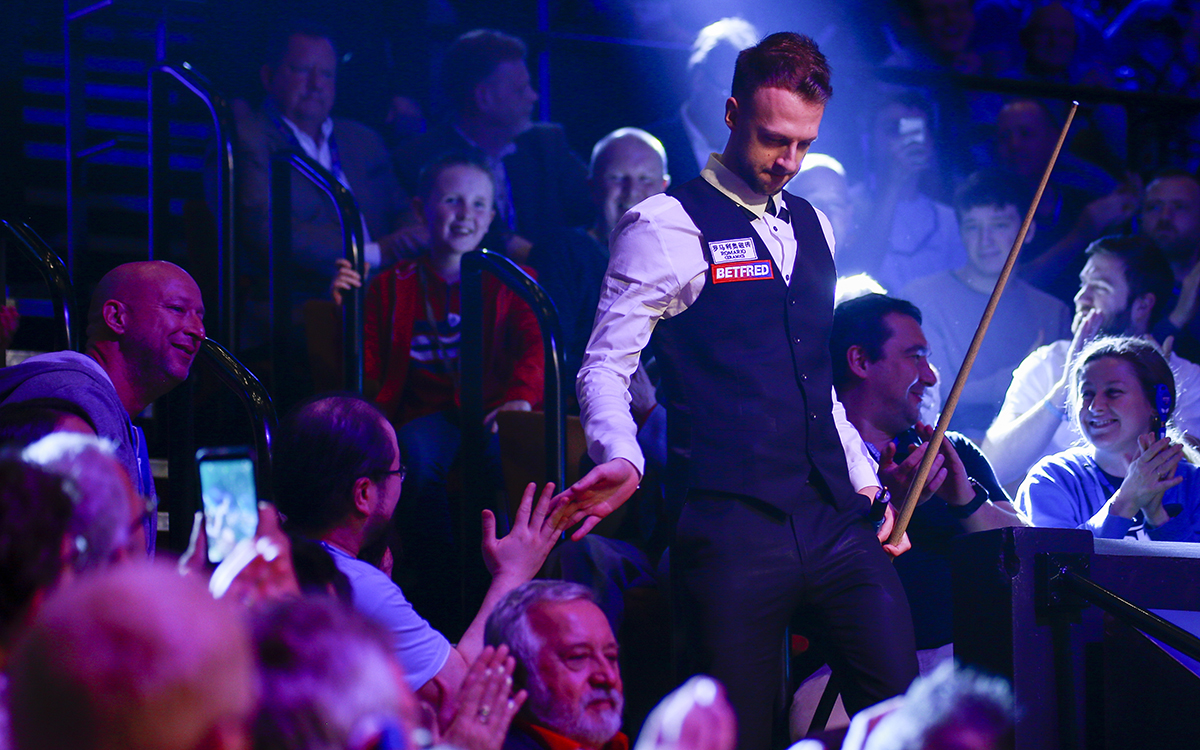 World Champion Judd Trump has admitted that last year’s victory at the Crucible acted as a massive weight off his shoulders.

The Ace in the Pack stormed to a maiden world title with a stunning 18-9 win over John Higgins in the final 12 months ago. Since then, he has returned to world number one and notched up a record breaking six ranking titles so far this season.

In an exclusive interview with Betfred, Trump discussed his year as World Champion and looked ahead to the prospect of defending his Crucible crown in just under three months time.

Trump said: “It’s been an amazing year. I couldn’t have dreamed of a better scenario. After the World Championship I was still on a high. I had a month or two off and managed to win the first event. That was the most important thing, since then I’ve been able to kick on. It has been a massive weight off my shoulders winning the World Championship. I’ve been able to go out this whole season, really relax and do what I should have done five years ago. It was a massive stepping stone in being able to kick on in my career now.

“There are still some days that I walk into my lounge with the trophy there and it is a bit surreal. Amazing memories. I think that is what keeps me going now. The thought of how special it actually was winning it. You can always dream of what is going to happen, but the feeling potting the winning balls was like nothing I have ever felt in snooker.

“I’d love to walk out in front of a crowd to defend my title, but any way possible I would be happy to get out there and play at the Crucible. We played at Gibraltar without a crowd and it didn’t feel that different to normal. The Crucible is such a special place, you still get a buzz in any atmosphere.

“It could be going out to a more worldwide audience if there is no other sport competing with snooker. It will be different competing in the summer and it might be a little bit more difficult to drag myself away from the garden and get practising. The Sheffield and Crucible buzz is amazing. Hopefully we can get back to normality by then, but if not we will still make it a special tournament.

“It isn’t just the Crucible it is Sheffield as a whole. Just walking around the town you know there is a special event going on, which you don’t really get anywhere else. It is an event where I always take my family with me to and it is more of a team effort. It is such a long slog that you need people there to keep you going.

“It will be an incredible feeling to walk out as World Champion. I’ve seen a lot of people make the walk before. It was special for Stuart Bingham, I don’t think he ever thought he was going to win it. Mark Williams doesn’t show a lot of emotion, but it looked very special even for him a couple of years ago. I am just going to be taking it all in, giving myself the best chance possible and putting the work in because I want to experience it again this year.”