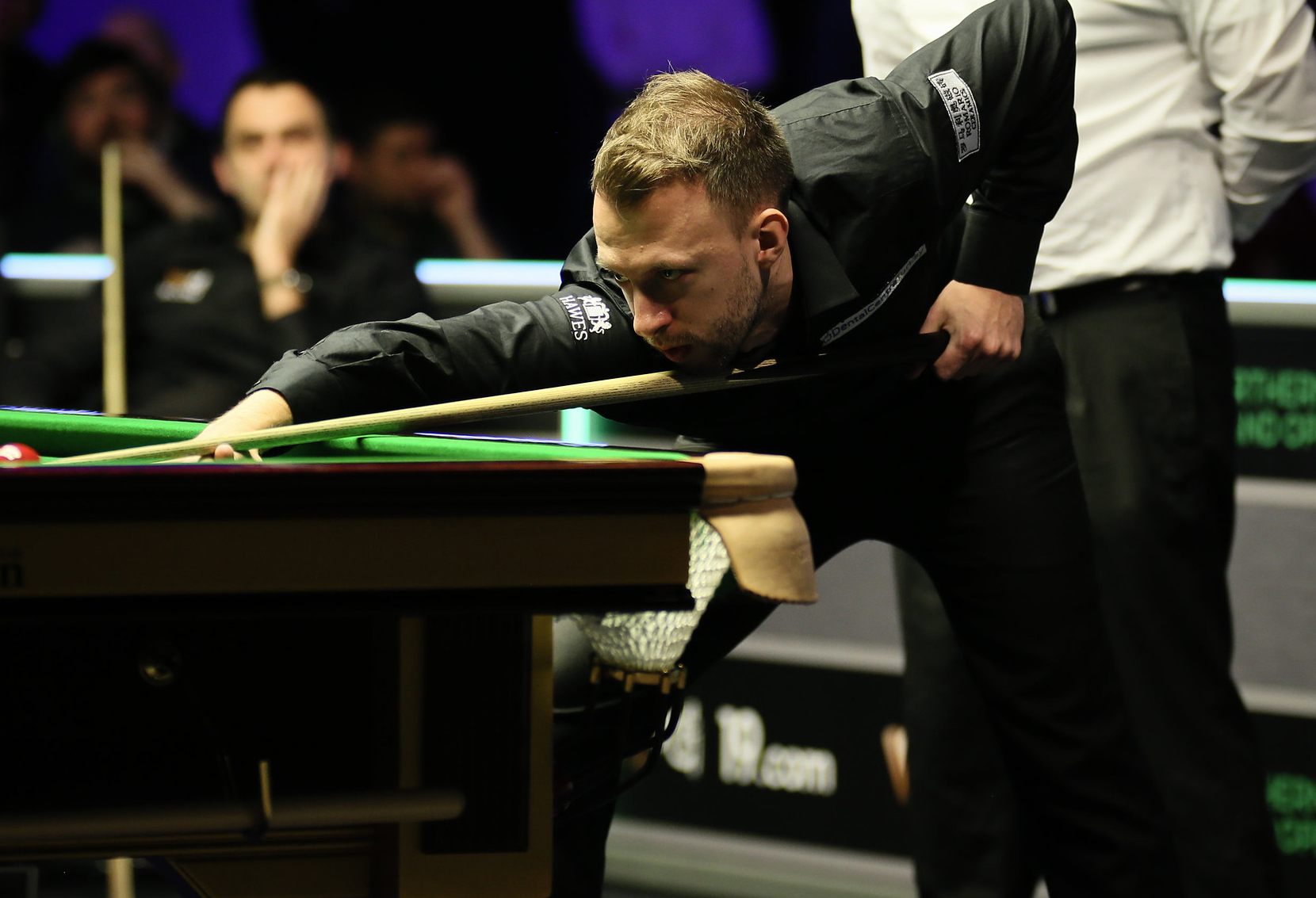 BetVictor Northern Ireland Open champion Judd Trump says he rates Belfast’s Waterfront Hall among the best atmospheres on the snooker circuit ahead of his title defence there next week.

Tickets to see the world class action, which runs from October 9th to 17th in Belfast, remain available for as little as £7. Click here to buy now.

The Ace in the Pack travels to the Northern Irish capital this weekend to face Welshman Andrew Pagett in the opening round. The 2019 World Champion holds a superb record in the event, having secured the title in each of the last three years.

Remarkably all of those finals have seen him face Ronnie O’Sullivan, winning 9-7 on each occasion. That puts Trump in revered company, only Steve Davis and Stephen Hendry have won the same ranking event in three or more consecutive years.

His victory last year was in a behind closed doors environment in Milton Keynes due to the coronavirus pandemic. However, he can’t wait to walk out at the Waterfront as defending champion on Sunday evening.

Trump said: “There’s a handful of tournaments with a great atmosphere: the Masters, the German Masters and the World Championship now and again. The atmosphere at the Waterfront is up there with all of them. For an event which is only classed as a small tournament, for me it is up there with a lot of the big ones just because of the atmosphere. The fans in Northern Ireland are very passionate. It is a similar atmosphere to playing in London. The fans are rowdy and they get behind you. The support I get in Belfast is a lot more than I get over here. It was more even when I played Ronnie in the final and that helped me.

“There are only a couple of players that have won the same event three times in a row or more. If you are doing that kind of thing, then you are up there with the greats of the game. If John Higgins and Ronnie O’Sullivan haven’t won the same event three years in a row, it shows how hard it is to do. Hopefully I can keep the run going for another year, but if not it has been a very special tournament for me.

“I know how hard it is to beat Ronnie once. To do it three times in a row just doesn’t happen. I don’t think any other player has beaten him on that kind of level. It makes winning the event three times in a row even more special. The tournament is hard enough to win anyway, but to beat him takes it to the next level.”

Trump travelled to Atlantic City to compete in the US Open 9-ball last month. The Bristolian fared well, winning three matches before being knocked out in a deciding frame at the double elimination event. He says he plans to return to the small table at some point and harbours ambitions of becoming the best in the world across two cue sport disciplines. Trump also believes that the USA could be a potential market for snooker to branch into.

“It was really good fun. It was a different experience. To get out there and play in front of some American fans. It is a game I’m not used to, but I wanted to go out there and promote myself. I was trying to take cue sports to a different audience, promote both of them at the same time and get my name out there. I’d like to have a big snooker tournament out there in the future. There was a lot more interest and recognition than I thought there would be from the pool fans. I hope we can keep building the game out in America.

“The attention span is a lot shorter than for the European people. The game needs more quickfire matches and perhaps it needs to be invitational to start with to grow the game. If the top players like myself, Ronnie and the more attacking players go out there then I certainly think there is a market for us in the future.

“I’ll go away and concentrate on my snooker, I will never let it get in the way of that. If there is a way I can combine the two of them I will. I can put my work in at snooker and maybe after that put in an hour or two at pool as well. If I can try to get to number one in the world at both sports, it would be amazing for me. It is just about setting myself new challenges all of the time. If I can make my name in pool as well, it will benefit snooker. There is a completely different crowd and market in pool. There were people from all over the world there. That is something that snooker needs to get into and get top players from all parts of the world.”