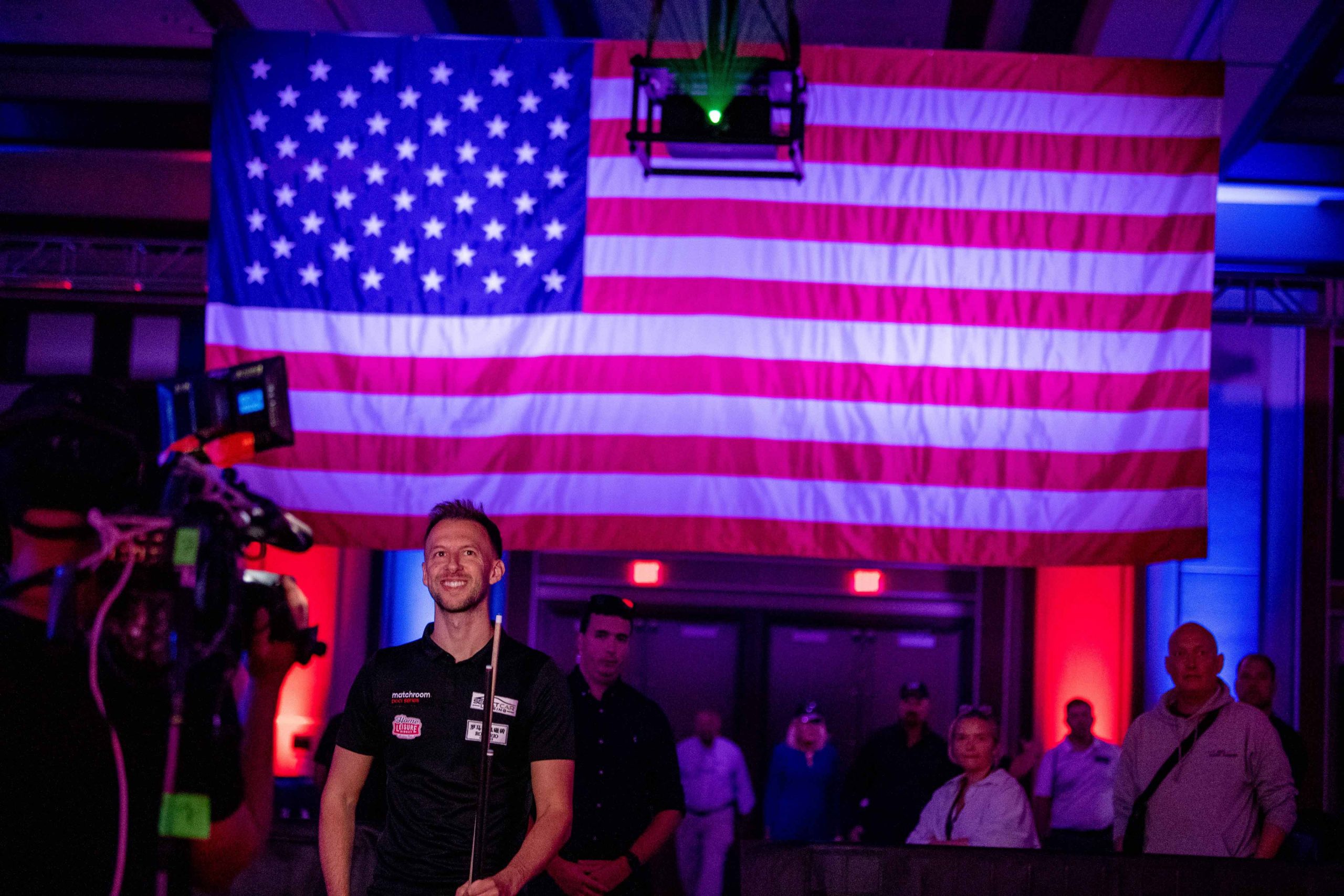 Snooker’s world number two Judd Trump stormed to an impressive 9-0 defeat of the USA’s Joe Magee in his 9-ball pool debut at the US Open in Atlantic City.

The Ace in the Pack is following in the footsteps of fellow snooker legends Ronnie O’Sullivan, Steve Davis, Jimmy White and Alex Higgins in switching cue sport codes and trying their hand at 9-ball pool.

Trump came into the match concerned that the break could be a problem area of his game. However, after winning the lag, he potted from his first break off and impressed in that department throughout.

Magee offered little resistance and failed to capitalise on any errors made by Trump, who eased to victory. Next up he’ll face Dhruvalkumar Patel in round two tomorrow.

“I was quite nervous in the first couple of racks, but as soon as I knew he wasn’t a top player it helped me get my confidence,” said 2019 World Snooker Champion Trump. “My break off was pretty good as well, I was potting a lot of balls and getting chances, which I was worried about before it started.

“I’ll go away and have a quick chat with Karl Boyes, my newfound pool coach, to try to get some feedback. I’ve got no idea where I went wrong and if I was too attacking or anything like that.

“It is good because it gets me out of my comfort zone. It is a different type of pressure when I get here, because I am so confident of myself in snooker. I get to the pool world and everyone is expecting me to clear up every time. I hope I can take the experience back to snooker and learn from it.”