Trump’s Rise To The Summit Of Snooker

In his last article of the lockdown before snooker returns next week at the Championship League, journalist and commentator David Hendon considers the rise and rise of the current world number one…

I started these articles looking at the first world champion, Joe Davis, so I’ll end them by focusing on the newest. 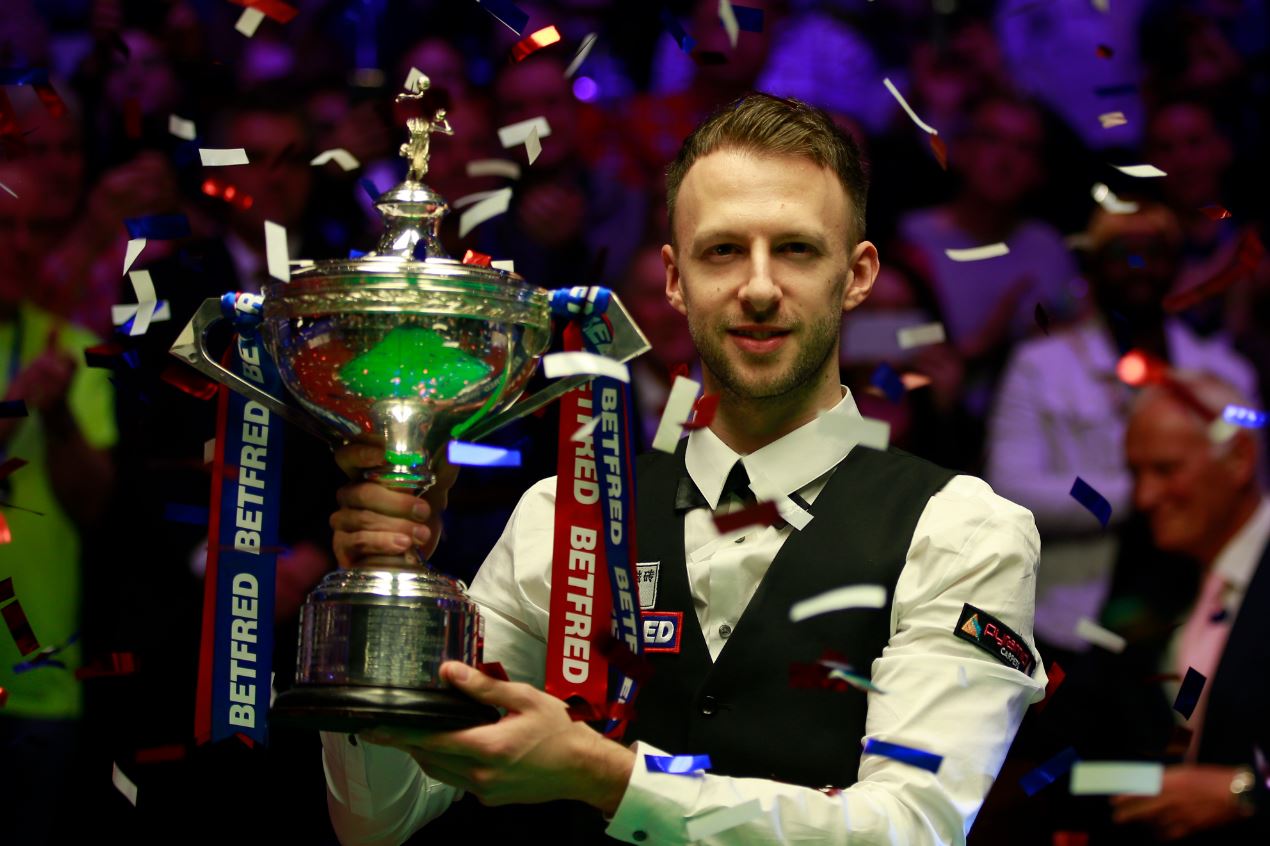 Judd Trump is a wonderful talent, a shot-maker blessed with genius but also a hard worker with the right attitude. He broke a record by winning the Gibraltar Open in March, his sixth ranking title of the campaign, and can set another if he makes seven more centuries this season. Trump is currently poised on 97 for 2019/20. Neil Robertson made 103 during 2013/14.

How did this 30 year-old get to stand on top of the snooker world?

For Trump, like many a fellow champion, an early parental influence was crucial. After winning the world title last year he referred to his father, Steve, as “the biggest snooker fan in the world.” Steve and Trump’s mother Georgina, together with his brother Jack, have been an unbreakable nucleus of support throughout his career, from the first flowerings of junior success to the full bloom of professional glory.

Steve, a lorry driver, was well used to traversing the highways of Britain during the week and happily ferried young Judd to junior tournaments at weekends. He had spotted his boy’s potential at a very young age. Trump won an under 16 pool tournament when he was only five. At eight, he won the Bristol league’s division four individual title and at nine and ten respectively the division three and two titles.

He played out of Keynsham Snooker Centre under the guidance of Derek Curnow, no doubt dreaming of one day emulating the players he saw on television. In 1998, Steve took him to see live snooker up close for the first time at the Welsh Open in nearby Newport, where as an eight-year old Trump sat entranced watching Ronnie O’Sullivan.

Still only ten, Trump reached the finals of the English under 15 and under 13 championships in 2000, played over a weekend in Gateshead. Coming into the event he had not lost a league match for 30 months. He looked tiny next to the full-sized tables but defeated James Croxton, a 14 year-old, 5-3 in the under 15 final to become the youngest ever winner of a national title.

I interviewed Steve afterwards and asked him how he would feel if his son decided to pursue a career outside snooker. He said: “I must admit that I would be gutted if that happened. Judd has so much ability that it would be a great shame, but we’ll have to see what happens.” 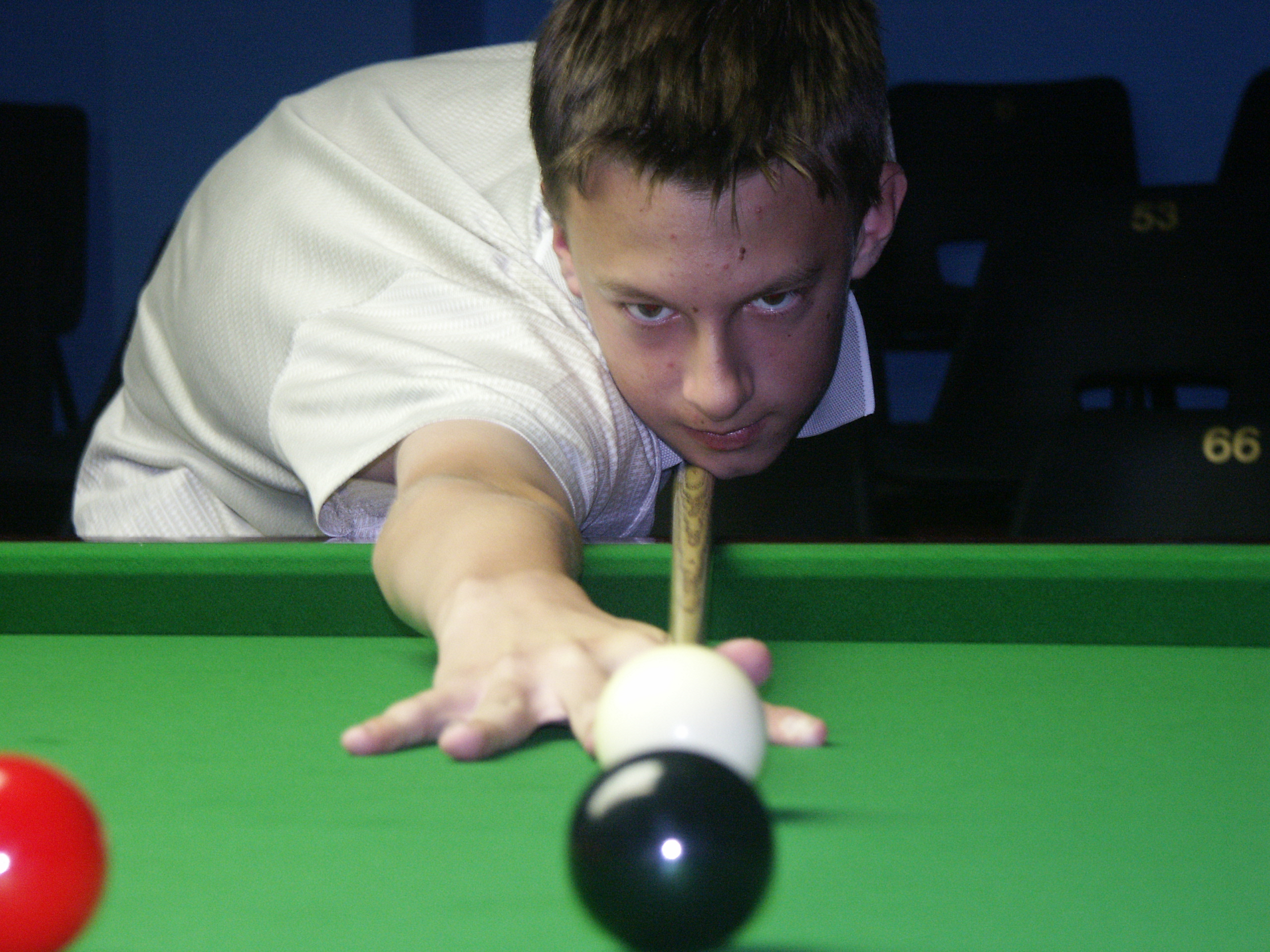 A 14-year-old Trump practising in Keynsham

What happened was the unabated continuation of his ascent to the top. At the 2003 Pontin’s spring Open in Prestatyn he triumphed at the age of 13, beating seasoned former professional Mike Hallett 4-2 in the final. The bottle of champagne presented to the winner was not of much use to Trump but he enthusiastically celebrated on the swings outside.

The talent was obvious, the desire was there but what Trump needed to demonstrate when he turned professional at 16 in 2005 was temperament. He found, in his early days, that his naturally aggressive game was neutralised by some of the older, more tactically astute players.

There was inevitable frustration after dazzling in his junior days, that he was not cutting a swathe through all and sundry. It took time to adjust to life in the professional ranks, not least because there were only six ranking events plus the qualifying competition for the Masters during his debut season, so little chance to learn first-hand the attributes needed to take the next step up.

Things really started to happen in his fourth season. At the 2008 Grand Prix, aged 19, Trump beat O’Sullivan 5-4 in the quarter-finals before losing 6-4 to John Higgins in the semis. During this 2008/09 season he won the Masters qualifying event – losing 6-4 at Wembley to Mark Allen – and the Championship League from a winners’ group which included Higgins, Allen, Mark Selby and Stuart Bingham. He beat Selby 3-2 in the final.

It was Selby he would defeat again to win the 2011 China Open in Beijing, his first ranking title, which he followed with a memorable run to the world final, 17 days in Sheffield which made him a star.

More titles followed and he was briefly world number one but he had setbacks too, and with setbacks come whispers, or in the online world outright statements that he wasn’t actually the real deal.

To answer these criticisms, Trump first had his eyes lasered and then went back to where it had all begun – his family. Jack quit his green-keeping job and joined his brother full-time on the circuit. They enjoyed immediate success at the 2018 Northern Ireland Open, the first of an incredible nine ranking titles he won in a 16-month period up to the Gibraltar Open in March, a run which also included his capture of the Masters.

The shining jewel in the crown was his demolition job on Higgins in the 2019 World Championship final. This was the fulfilment of a boyhood dream, but equally impressive has been his desire to keep working hard, to not rest on laurels but strive to dominate and never let the intensity drop. 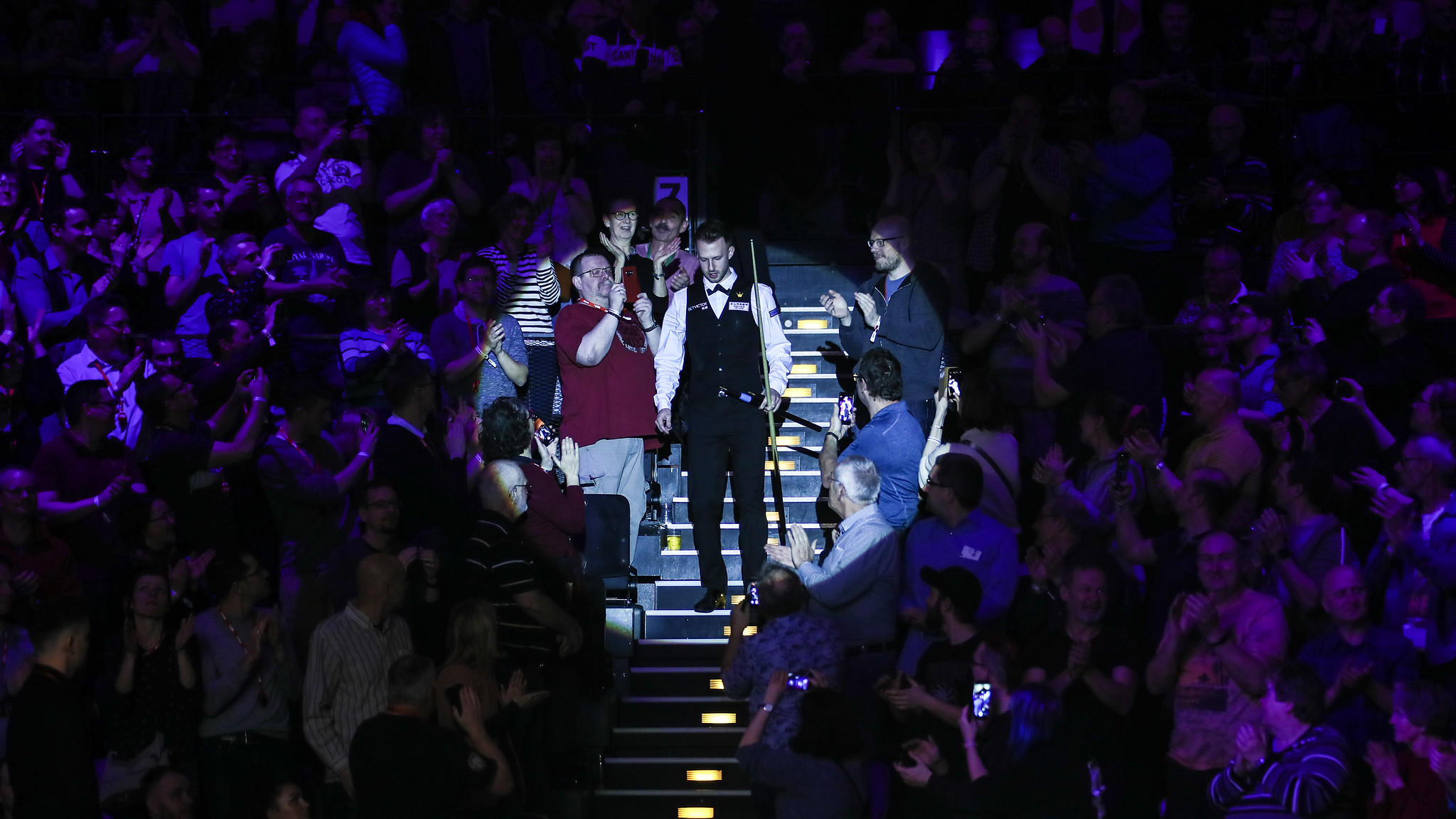 Trump has behaved impeccably as world champion, representing his sport professionally and with humility while still appealing to those whose first port of call for information is Instagram rather than Snooker Scene.

He potted the last ball before lockdown in Gibraltar and will be leading us off on Monday, having already won a record three Championship League titles. Jack can’t go with him – players are not allowed guests – but the Trump family will be watching on proudly as they always have.

The wider snooker family also has an opportunity to show the sporting world how to adapt in difficult times.

In 1989, Alex Higgins fell out of the window of his flat in the midst of an argument and badly damaged his ankle. Unable to walk properly, he gave no thought to missing any matches and hopped around the table for a couple of tournaments, eventually winning the Irish Masters.

A few years later, when at university, I dropped in at the local snooker club one morning and asked for table 6. The nice woman who ran the club said, “You’ll have to wait, love, we’re being robbed.” Sure enough, I looked past her to see two ne’er-do-wells emptying the till. An hour later the hapless miscreants were apprehended after crashing their getaway vehicle into a bollard. By then I was knee-deep into a best of nine.

A few years later still, I interviewed Ken Renwick, a lovely chap who was known for sitting in the front row at the Crucible every year. He had met his second wife there. His first had passed away during an early World Championship. I suggested that must have been a very sad year for him. “Yes,” he replied, “although I still went to the final.”

The point is, snooker goes on even when it stops.

There hasn’t been a professional tournament for over two months but it feels like the sport has never gone away, what with YouTube, Crucible Classics, articles, interviews, blogs, the virtual World Championship, podcasts, quizzes, tweets, Instagram lives, lockdown challenges, top tens, cook-offs, trivia, Zoom chats and an endless stream of nostalgia.

All this activity proves what we already knew – that snooker is in the blood of millions and even a global pandemic can’t wipe it from our thoughts. It’s been kept alive by fans and players alike.

And now it’s coming back. I’ve been asked to be part of the ITV commentary team for the Championship League and have gladly accepted. There will be very strict measures in place in what promises to be a military style operation in Milton Keynes, but then again in the first year of the event I commentated from a toilet. If I can put up with a convenience then I can put up with a few inconveniences.

This has been a grim few months for the world and many challenges still lie ahead. A snooker tournament isn’t going to magically make everything better, but it’s a chance to marvel once again at the likes of Trump, O’Sullivan and many others, and in particular at the biggest star of them all – the game of snooker itself.