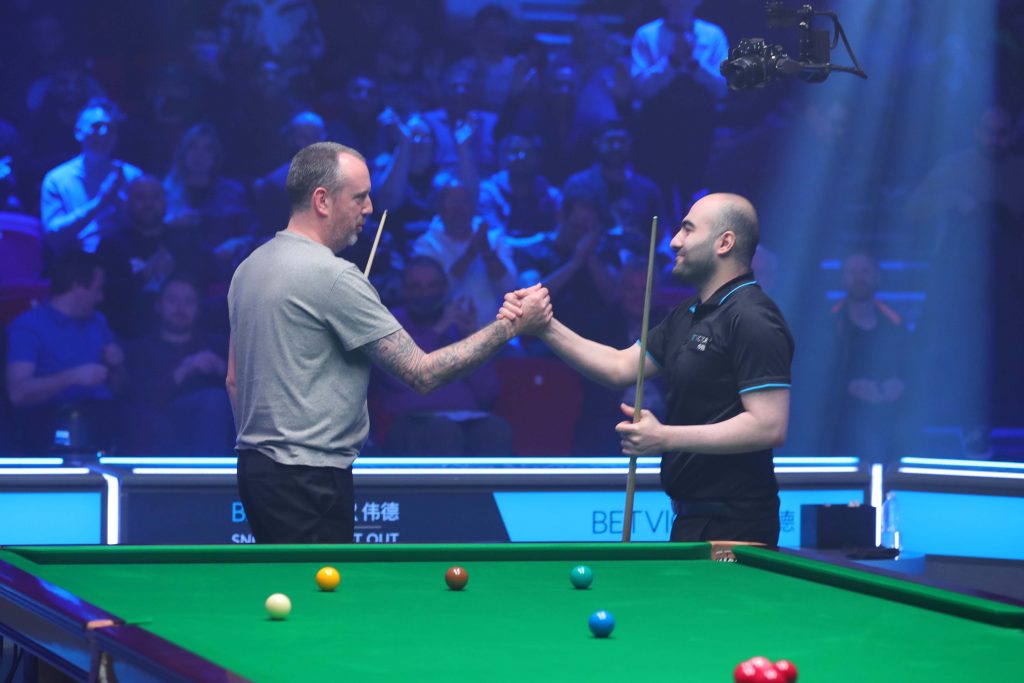 Hossein Vafaei has leapt 14 places to ninth on the one-year ranking list following his victory at the BetVictor Shoot Out on Sunday.

Vafaei made history as the first player from Iran to win a world raking title, beating Mark Williams in the final. And the £50,000 prize, his biggest career pay-day, has earned him a place at the Cazoo Players Championship next month. Williams banked £20,000 as runner-up and remains in fourth spot.

There is just one counting event to go in the race to qualify for the Cazoo Players Championship which will run from February 7 to 13 in Wolverhampton. At the end of this week’s BildBet German Masters, the top 16 on the one year list will earn a spot in the second event in the 2021/22 Cazoo Series.

Only 32 players have qualified for Berlin so anyone else outside the top 16 is already out of the running. Barry Hawkins is on the bubble in 16th spot but has not qualified for Germany so is in danger of being overtaken. Anthony McGill in 17th and Mark Selby in 18th are leading the chasing pack, though both need to win two matches in Berlin to reach the quarter-finals and have a chance. Stephen Maguire in 19th must make the semi-finals.

In all there are 20 players in Germany currently outside the top 16, and with an £80,000 top prize up for grabs, every one of them still has a chance to make it to Wolverhampton. For the match schedule click here.

On the official two-year rankings, Vafaei climbs 19 places to 23rd. Mark Selby remains on top, £50,500 ahead of Judd Trump. This list will now be used for seeding for the Nirvana Turkish Masters, with the draw for that event to follow soon.

Vafaei has climbed to fifth in the BetVictor Series Rankings after four of the eight events. John Higgins remains in front, closely followed by Luca Brecel, Mark Allen and Neil Robertson. The remaining counting events are the BildBet German Masters, BetVictor European Masters, BetVictor Welsh Open and BetVictor Gibraltar Open, then the series leader will receive a vast £150,000 bonus.

There are seven counting events to go in the Race to the Crucible and Vafaei is up to 20th, just £26,000 behind 16th-placed Yan Bingtao.