Vafaei – It Was Great To Take Trophy Home

Hossein Vafaei looks back on last year’s BetVictor Shoot Out with mixed emotions. It was a time of sadness for the Iranian cueman and his family as his grandmother passed away just a few days before the event started. But he was able to focus on his performance and that led to the best moment of his career on the table as he won his first ranking title.

Vafaei heads to the Morningside Arena in Leicester today, and on Wednesday at 1pm plays in the opening match of the tournament, a tough start to the defence of his title against Shaun Murphy. It’s a strong field for the unique world ranking event, with the likes of Mark Selby, Mark Williams, Jack Lisowski, Kyren Wilson and man-of-the-season Mark Allen also among the 128-player field.

Turning back the clock 12 months, Vafaei recalls: “It was a sad time. Before the event started I was crying in my room and I said to my friend Fergal Quinn that I was going to pull out. He said ‘no, we are going.’ He took me there, and then I won it. 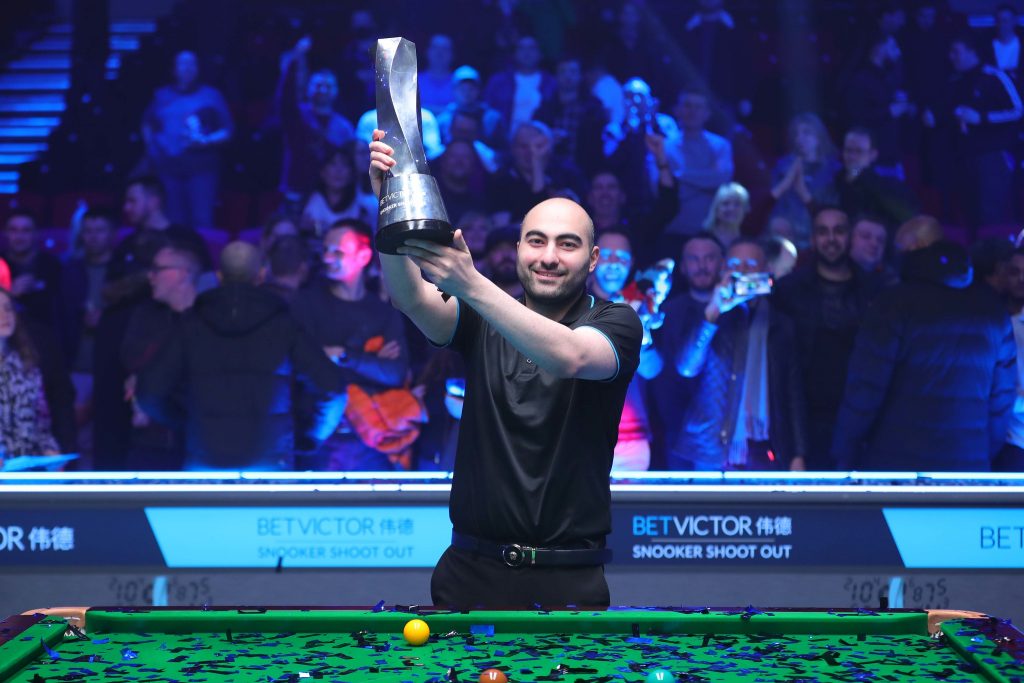 “When my mum and sisters were calling me, every one of them was crying. They didn’t know I was playing in a tournament. Three or four days afterwards they found out that I had won the tournament and they didn’t know whether to cry or be happy. I was the same, for five minutes I was sad, then for ten minutes I was happy. It was great to go back to my country with the trophy.”

Vafaei won the event in style last year, making a 123 in his opening match, which turned out to be the highest break of the tournament, and several other runs over 50 including a 71 in the final against Mark Williams.

“It was amazing to play like that, I was fluent,” said the 28-year-old. “When I came to the table I just felt I was going to win. I was that confident, I was just waiting for one chance and then it was finished. I was in a different world that week. I will try my best to defend my title. I don’t give up. It’s one of the most exciting tournaments of the calendar. The fans love it and we love it too.”

Are you looking forward to the @BetVictor Shoot Out? @hvafaei147 is!

The event begins on Wednesday, concluding on Saturday.