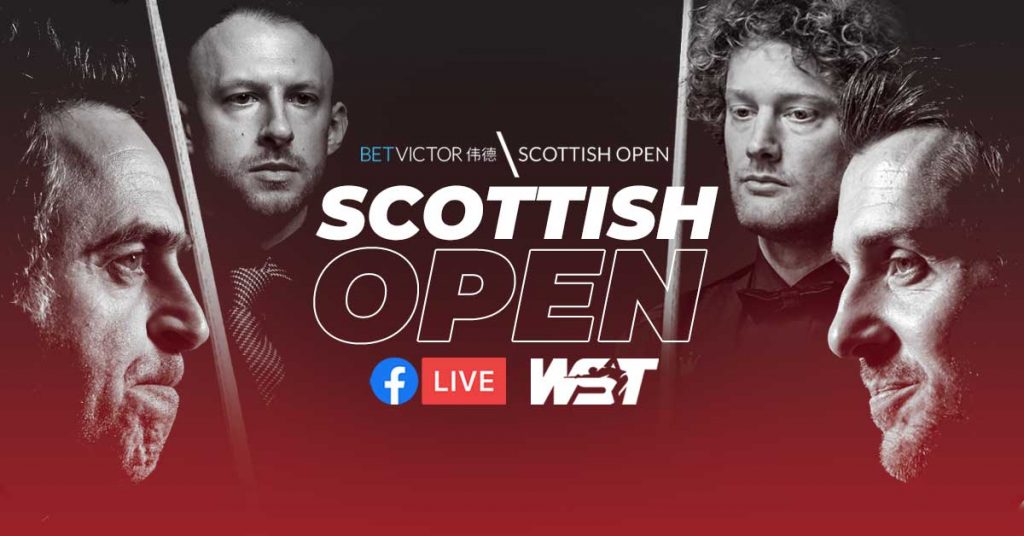 Next week’s BetVictor Scottish Open will be available to watch on Facebook Live, for fans in all territories where there is no television broadcast.

The whole week including the final will cost just $1.99. For more details and to sign up, CLICK HERE

All of the world’s top 16 players will be competing in the tournament in Llandudno, including Ronnie O’Sullivan, Judd Trump, John Higgins, Neil Robertson and defending champion Mark Selby.

The tournament, part of the BetVictor Home Nations Series, runs from December 6 to 12. Watch all seven days for just $1.99!