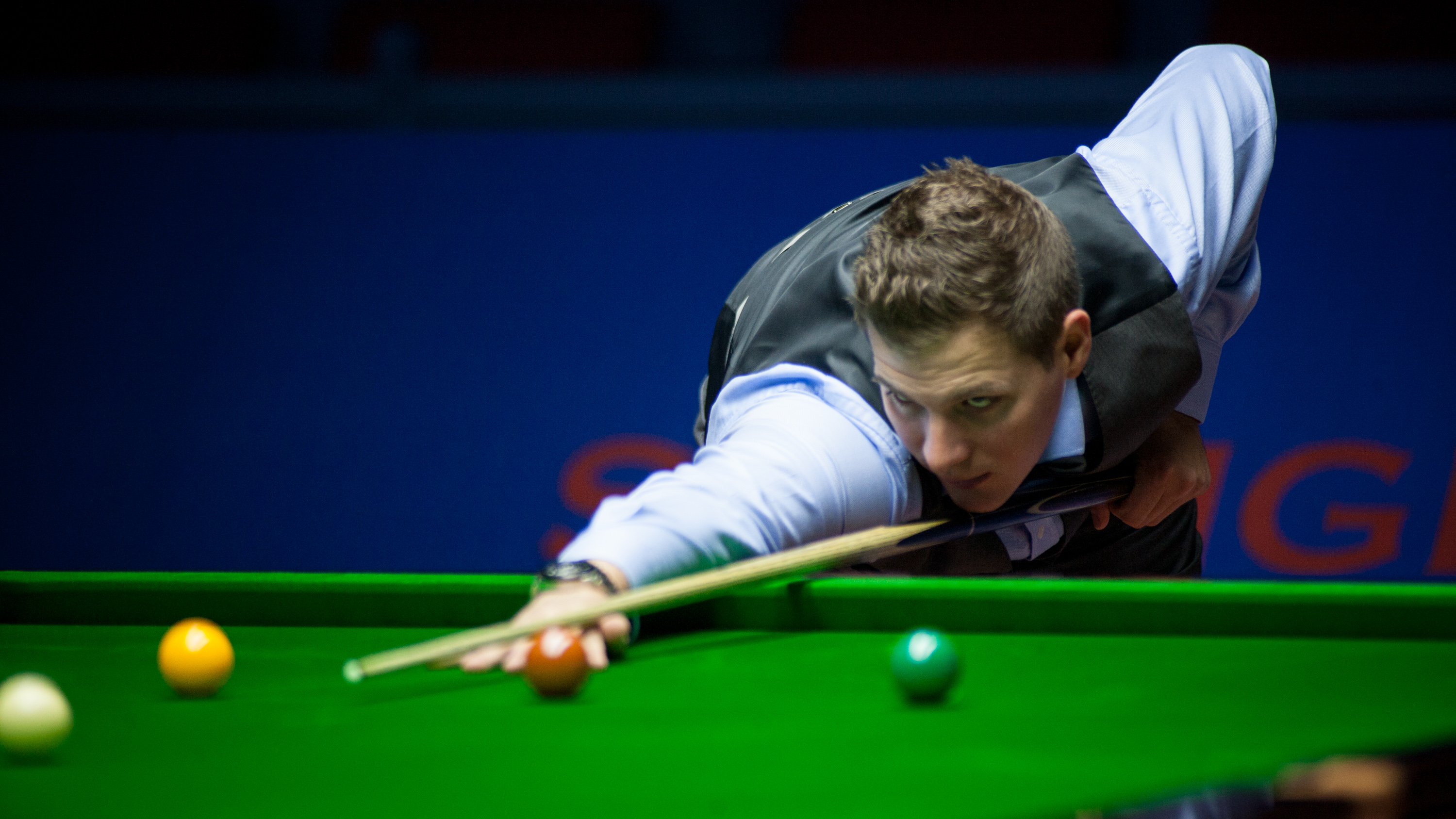 Daniel Wells has made three appearances in the final round of Betfred World Championship qualifying, including the last two years, but is yet to reach the Theatre of Dreams. The Welshman is hopeful that 2020 could see him make his Crucible debut.

Former Scottish Open semi-finalist Wells returned to competitive action at the recent Championship League. However, the 31-year-old could only muster a third place finish in his group, which included World Champion Judd Trump.

Wells made his World Championship debut back in 2009, at the age of just 20. He came through three deciding frame 10-9 victories to reach the final round of qualifying, where he was agonisingly on the wrong end of a 10-9 defeat to Barry Hawkins. In the last two years he has bowed out at the final hurdle against Liam Highfield and Martin Gould.

Wells is hoping his reignited buzz for the sport, after an enforced layoff due to the coronavirus pandemic, can inspire him to go all the way to the Crucible this time around.

Daniel, first of all what was your experience at the Championship League like and how did you cope with the strict testing and quarantining measures?

“It was so surreal. We had to put masks on and everything on arrival before the test. It was amazing how safe you felt, but it was almost like you were in a different world. After the test we went straight to the hotel rooms, where we had to wait for the results. Generally, you wouldn’t leave your room anyway, but not being allowed to felt quite strange. There were messages coming over the tannoy during it that made you feel a bit like you were in Big Brother. It was great when we were allowed out and could get down to the arena for our matches.

“When the email came through telling us about the event, I couldn’t quite believe it. I was straight down to get back practising. I thought I was playing quite well before I went there, but things catch you out in match situations. It wasn’t exactly what I wanted, but it was still nice to have a competition. I was very disappointed with how I played, but hopefully I’ll be a bit more up to speed come the World Championship. 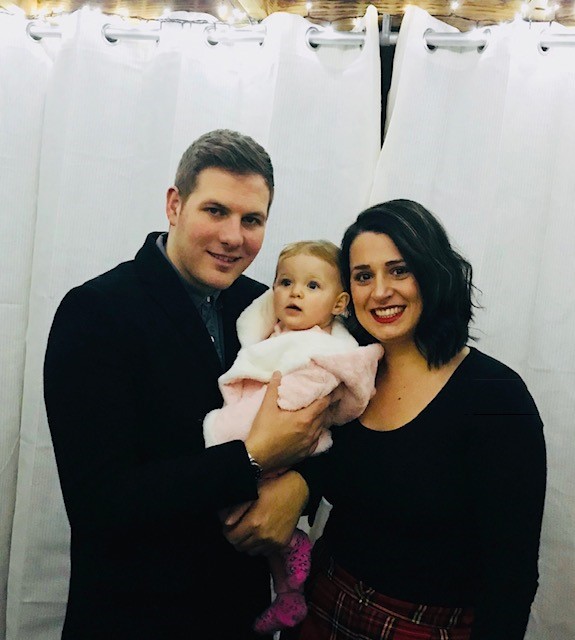 “I was just really pleased to get back playing. My fiancé Jodie works for the NHS, so I have been a full-time dad during lockdown. She works as a pharmacy technician in the renal unit. She is dispensing the medication for all of the renal patients, who are quite unwell and high risk categories. It has been full on for her down there and the current situation makes you realise what an amazing job the NHS do. It was fantastic to get to spend so much time with my daughter, but finding things to keep her entertained, especially during lockdown, was something I’m not quite used to.”

Were there some dark moments during lockdown on the snooker front, where you wondered when the sport would return?

“I had good and bad days really. Some days I was just really glad to be having a break and spending time with my family. I probably won’t get this sort of time again to spend with my little girl once the tour is fully up and running. On other days I was left wondering what I was doing with myself. I’ve never been without a purpose before. I’d just wake up and be stuck in the house all day without a goal to achieve. I did find days difficult, but I think that will have been the same with most people during lockdown. I am in a far more fortunate situation than a lot of others and thankfully I don’t know anyone who has been seriously ill so far.”

On a lighter note, you arrived at the Championship League with a new hairstyle, having bleached it blonde. What was the thinking behind that?

“Well I actually do quite like the colour. However, it was mainly because I couldn’t get a haircut. I needed one before lockdown anyway, I was trying to slick it back but it just got too long. Firstly I shaved it off completely, but it grew back to the length I needed a haircut again. My fiancé has never cut hair before, so I thought by colouring it blonde, you wouldn’t really notice the bits she misses. It wasn’t quite how I wanted it to turn out, but lockdown has driven me crazy so I’m not really bothered!” 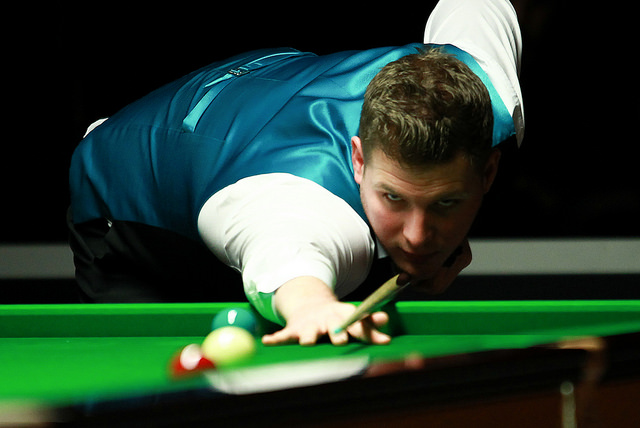 How do you feel with your game ahead of World Championship qualifying?

“It is unknown territory. I think most people will be in the same situation, not really having momentum to build on. It will be like a fresh start and I think it will boil down to who starts the matches fastest. Most people will have practised a lot and feel good about their games, but the main part will be the mental test of how people deal with getting back into competition. If you start falling behind in a match, it will be the easiest thing in the world to just make excuses in your head about the lack of tournaments. You need to be mentally strong, put in all of the work and then go out there and play as well as you can.

“I do enjoy the world qualifiers and I love the pressure of the situation. The first time I played, I faced Ian Preece in the second round. We both had to win to keep our card, so the losing player was off the tour. I won 10-9, so that deciding frame was really pressurised. That was a great experience for me. Over the last few years I’ve played well in the second round and run out of gas in the last one. With the new system I only have to win two matches this time, so hopefully I can get through and then play well in my second match again as it would be the one to qualify.”

What would it mean if you could go one step further and make your debut this year?

“Every snooker player will tell you it is what we all dream of doing as a youngster. I’ve had a lot of dreams come true in terms of playing top players on television. What you learn is it is only any good if you are competing well and winning. Competing on the biggest stage is the worst place in the world to be if you are struggling and losing. I want to be there at the Crucible and have my name called out, but I don’t want to just get there. In the past I’ve been content with being part of the big moments, but it isn’t nice having people watching you on television and seeing that you have lost. It will be a tough test just to qualify and I will be pleased if I do, but I don’t want to just make up the numbers. I hope I can get to the Crucible and show what I am capable of.”