Whirlwind Through To Judgement Day

Three decades after lifting the trophy, Jimmy White moved within one win of the final stages of the Cazoo UK Championship with a shock 6-4 victory over Stephen Maguire in the third qualifying round. 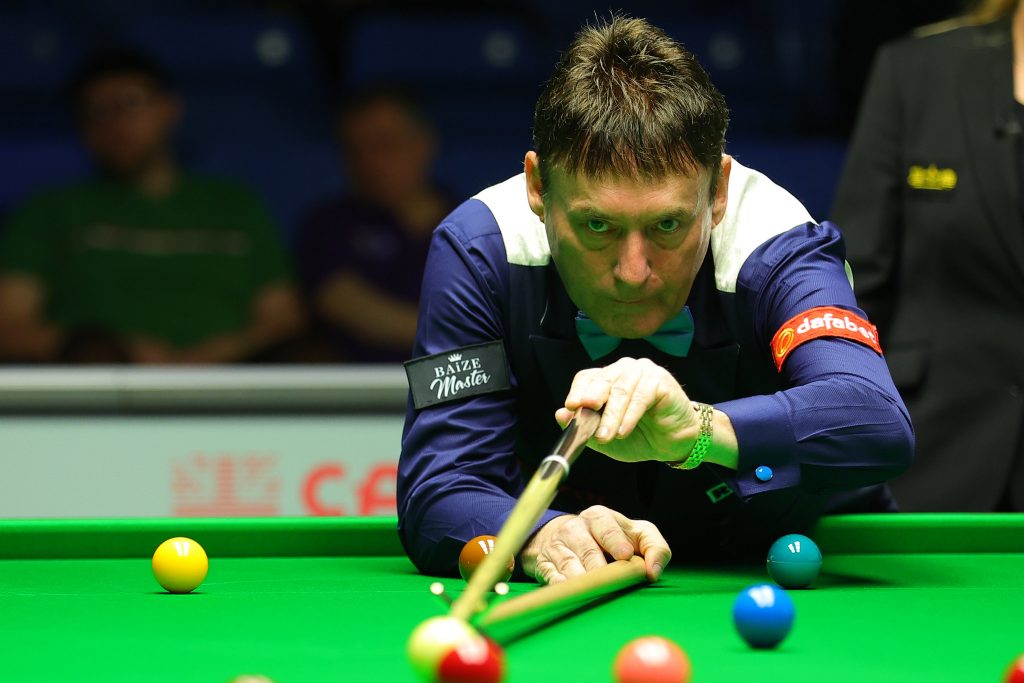 White, who turned 60 this year, goes through to Judgement Day at 1pm on Wednesday with the winners to go through to the televised phase in York. He will meet Dominic Dale next, and another success would put the Whirlwind through to the last 32 of this event for the first time since 2010.

Londoner White won his first two matches 6-0 this week at the qualifying rounds in Sheffield, beating Victor Sarkis and Mitchell Mann, but tonight’s defeat of six-time ranking event winner Maguire is by far his best result of recent seasons.

Breaks of 76 and 100 looked to give Maguire control with a 3-1 interval lead, but White hit back to take frame five then crucially pinched the sixth from 63-7 down with an excellent 57 clearance. A run of 108 saw Scotland’s Maguire regain the lead, only for White to fire breaks of 61 and 103 to go 5-4 ahead. Both players had chances in frame ten, but when Maguire went into-off attempting a long pot on the last red, it proved his last shot as 1992 UK Champion White slotted in the red and cleared the table.

Earlier in round two, Estonia’s only pro player Andres Petrov scored his second consecutive 6-5 victory, beating Jackson Page with top breaks of 91 and 95. His next opponent is Gary Wilson. Marco Fu enjoyed a 6-4 success against Oliver Lines with top runs of 129 and 103 and now meets Anthony Hamilton. York’s Ashley Hugill beat Scott Donaldson 6-5 in a six hour and 19 minute epic, winning a 53-minute deciding frame on the colours at 1.30am.