White: I Can Win It

Jimmy White insisted that he can win the Cazoo UK Championship after thrashing Dominic Dale 6-1 to reach the last 32 of snooker’s second biggest ranking event for the first time since 2010.

Veteran White, age 60, has shown vintage form by winning four qualifying matches this week, beating Victor Sarkis 6-0, Mitchell Mann 6-0, Stephen Maguire 6-4 and now Dale. He will be in the hat for the draw to take place at the end of the afternoon session on Thursday, when he will be picked out at random against one of the top 16 seeds. 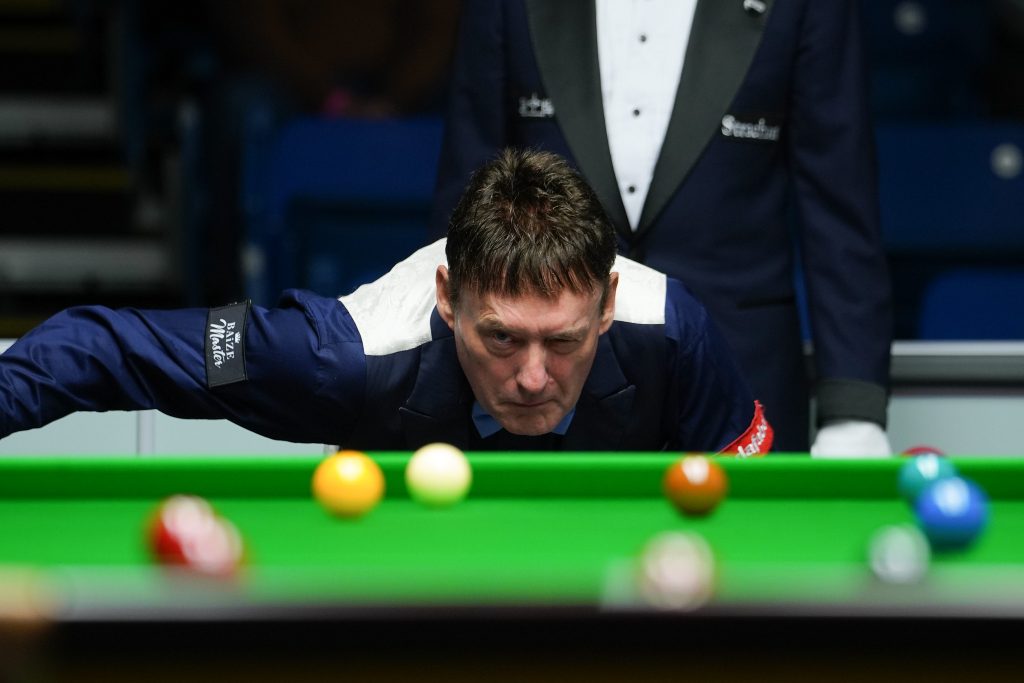 White won the last of his ten ranking titles in 2004

The final stages run from November 12 to 20 in York, and whoever White draws it will be his biggest occasion in a pro tour event since he last played at the Masters in 2010. The Whirlwind, who won the UK title 30 years ago, remains a crowd favourite and is sure to receive raucous support at the York Barbican. Tickets for certain sessions are still available –  for details click here.

It was a nervy opening to today’s match with so much at stake for both players. White scrapped to a 3-1 advantage with a top break of 39. After the interval he was more fluent, and took the last three frames with top runs of 46, 45 and 49.

“I’m not going to York to make up the numbers, if I have my A game I can win it,” said White, who is already guaranteed £10,000 which will boost him up the rankings from his current position of 89th. “I can still play like the top players when my game is there, they are just a lot more consistent than me. If I didn’t think I could win then I wouldn’t play. Even at my age, if you have a passion for practice then you can keep your game in shape.

“I have hit the ball well this season without getting results, but when I played Mitchell Mann this week, something clicked. I played well against Stephen Maguire. Today it was scrappy and I was lucky to be 3-1 up. When I play like that I get embarrassed. At the interval I said to myself ‘come on, there’s work to be done.’ I was thinking about John Higgins because even when he struggles he still plays good matchplay.”