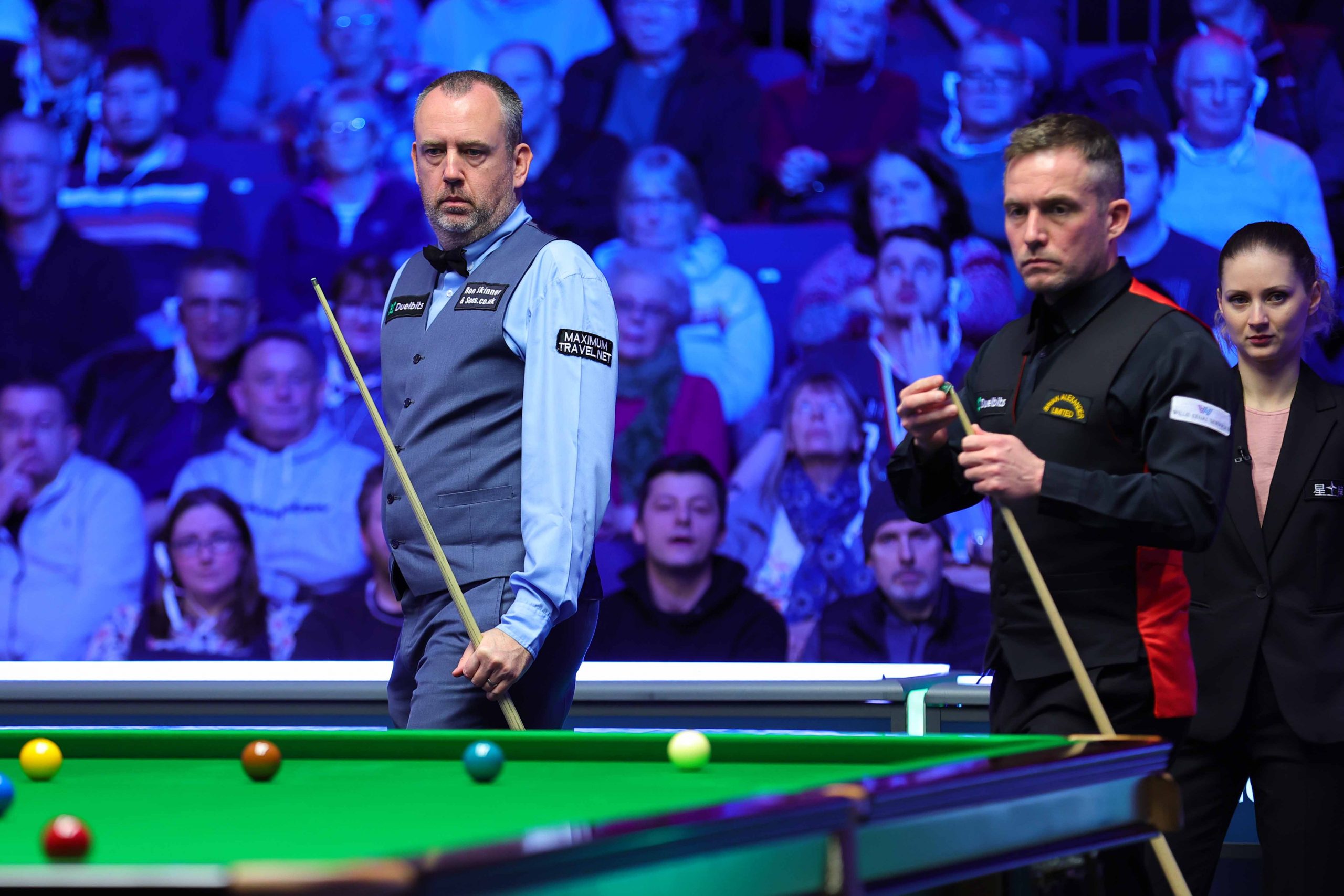 Masters runner-up Mark Williams showed no signs of letting up his form, putting on a fine display to beat fellow Welshman Jamie Jones 4-1 in the opening round of the Duelbets World Grand Prix.

Williams’ run last week at Alexandra Palace saw him make a Masters final for the first time in 20 years. After beating David Gilbert in the opening round and scoring an epic 6-5 win over Ronnie O’Sullivan in the quarters, Williams whitewashed Jack Lisowski 6-0 to make the title match. Despite losing out 10-8 to Judd Trump it was still a memorable tournament in the career of the 24-time ranking event winner.

He got this afternoon’s match off to the perfect start when he fired in a century run of 104 to take the opening frame. Jones replied with 59 to restore parity at 1-1, but that would be the first and only time he registered a frame. A break building blitz saw Williams compose contributions of 82,100 and 121 to emerge a 4-1 victor.

Afterwards the 47-year-old stated that there was no hangover from his exertions at the Masters, literally or metaphorically. Williams is currently in 13th position on the one-year list and with only the top 16 making the Duelbits Players Championship and eight qualifying for the Duelbits Tour Championship. He is fully aware of the importance of a run this week.

Williams said: “I didn’t have a drink after the final, so there was no hangover, just a bit of jetlag from travelling home at half three in the morning! It is nice to come here and important to get a win in the first game because everyone is trying to get into the top 16 for the next event.

“It is a different sort of atmosphere. I could see Ryan and Ricky walking round on the other table. It was one table last week. You could put me on table one, table six or in the carpark. I’ve never been bothered where I play, they are all the same.”

Noppon Saengkham scored a shock 4-1 win over Mark Selby in the second table one match of the afternoon. The Thai fired in breaks of 122, 75 and 104 on his way to victory.