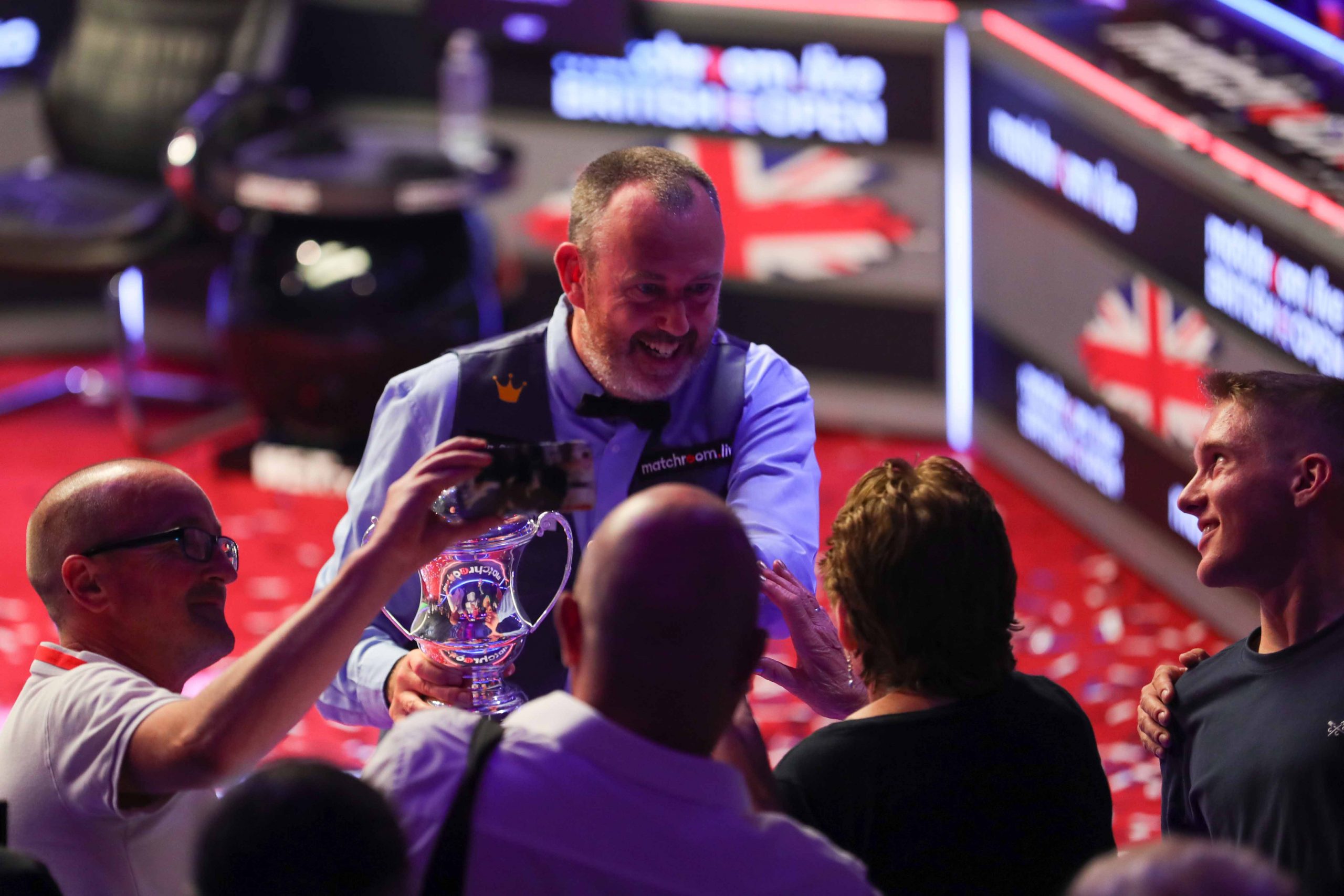 Mark Williams defeated Gary Wilson 6-4 in the final of the matchroom.live British Open to claim the 24th ranking title of his illustrious career.

It’s the second time that 46-year-old Williams has lifted the British Open trophy, 24 years after his first in 1997 when he defeated Stephen Hendry 9-2 in the final.

This evening’s victory sees three-time World Champion Williams move from 11th in the world rankings to 8th, courtesy of the £100,000 top prize.

Having racked up 24 ranking titles, only Steve Davis (28), John Higgins (31), Stephen Hendry (36) and Ronnie O’Sullivan (37) have won more. This is Williams’ first title in a traditional knockout format event since the 2018 World Open.

Defeat for Wilson extends his wait for a maiden ranking title. He’s now lost both of the finals he has appeared in during his 11 seasons on the professional circuit. Wilson’s only other title match came at the 2015 China Open, when he was defeated 10-2 by Mark Selby. The Wallsend cueman leaves Leicester with the consolation of the £45,000 runner up prize.

It was Williams who got off the mark first, taking a tightly contested opening frame. Wilson responded by winning the second to restore parity at 1-1, before a superb century run of 111 moved Williams ahead once more.

The steely Wilson refused to wilt and ensured they went into the interval all square, after composing a break of 62 to make it 2-2. 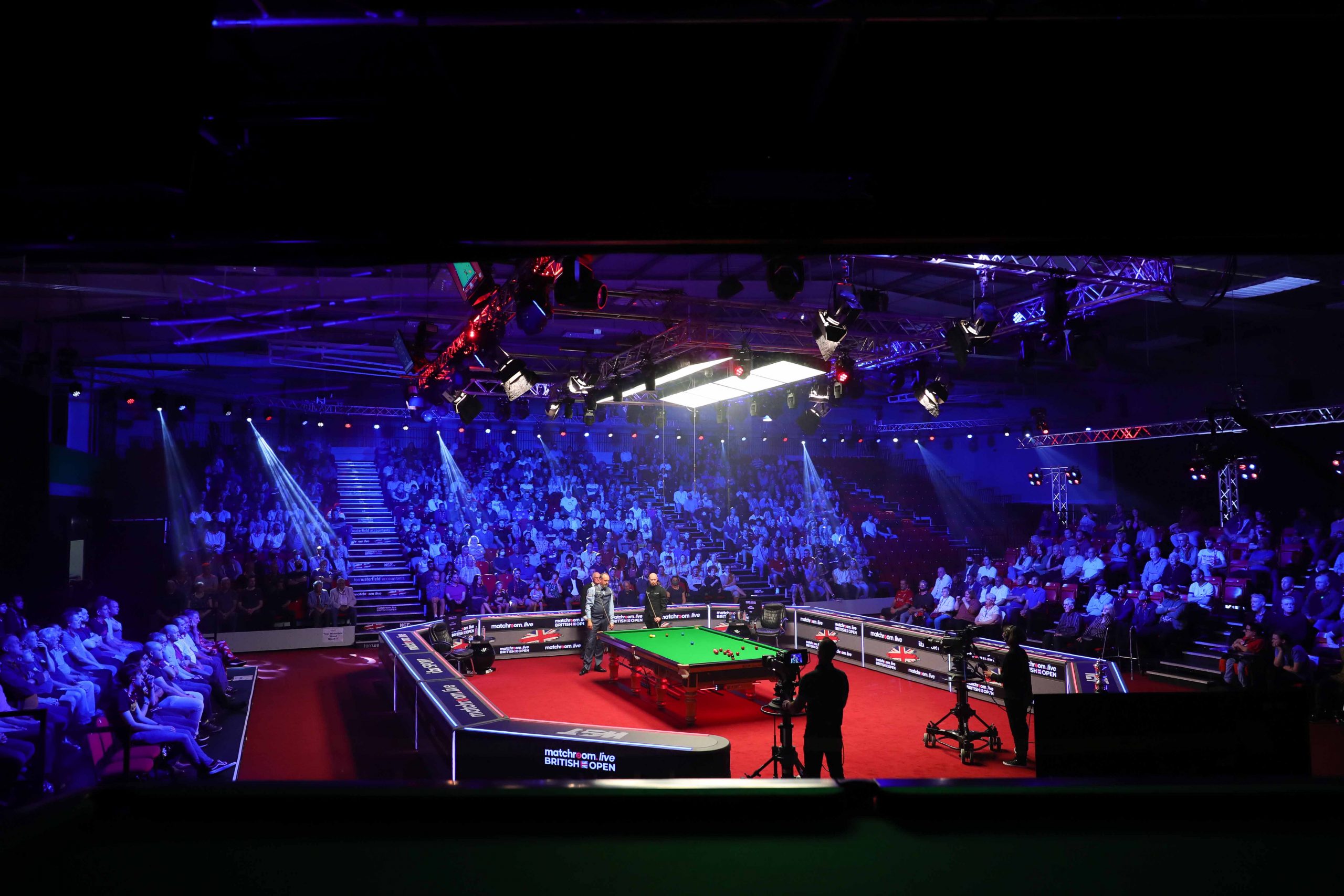 When play resumed Wilson moved up a gear with a century run of 101 to lead for the first time at 3-2. A superb long red to the baulk corner from Williams helped him to claim the sixth frame and claw himself back level. He then regained the lead after making 75 to take frame seven and lead 4-3.

It was all square once more when Wilson took a fragmented frame which lasted 32 minutes. However, Williams moved to the verge of victory after converting a run of 115, from a fine long red, to lead 5-4. Wilson had the chance to force a decider, but spurned his opportunity by missing a pink. Williams punished him with a break of 44 to get over the line.

“I honestly thought my career was finished five years ago. Another five years on and I’m 46 years old and number eight in the rankings,” said Welshman Williams. “I am a little bit fortunate to win it really. There were two, maybe three matches that I should have lost. I managed to win them and it was as if the tournament was destined for me.

“Everything seemed to go my way. Each time I looked like I’d get beat, someone would miss something and I’d do good clearances at the right times. I played really solidly tonight. I missed a few balls, but overall I played really well.

“I felt good out there every match, even when I was just whacking 20 breaks in. I made a few good breaks today. I’m just over the moon to get over the line in the end.”

Wilson said: “It is very difficult to take the positives straight after losing, but obviously getting to the final in one of the first events of the season is a great start. I can get some money on the board straight away and push myself up the rankings. It does take some pressure off, but I am bitterly disappointed. I was so determined to win this tournament.”