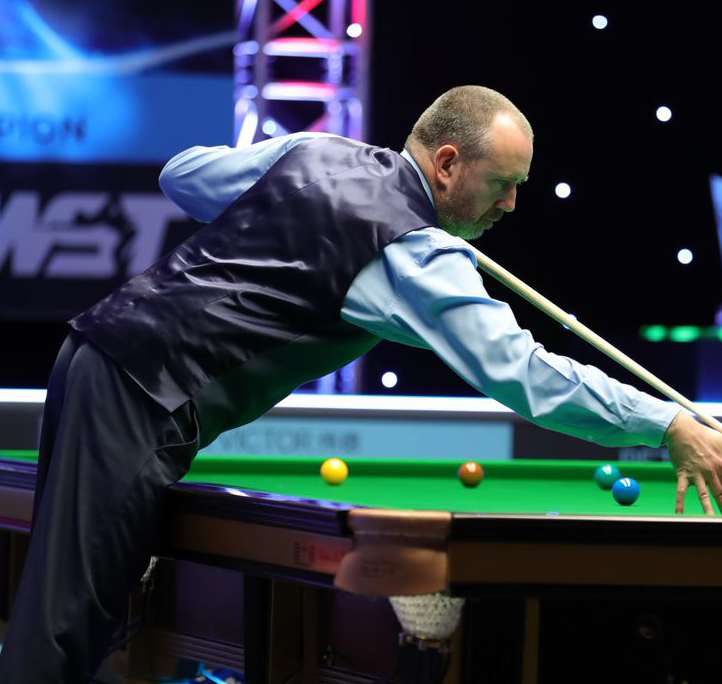 World number 13 Mark Williams won six out of seven matches to top Group P and secure progression to the second phase of the WST Pro Series in Milton Keynes.

The Welshman produced quickfire snooker throughout the day, averaging as little as 15.1 seconds per shot in one of his wins and no more than 17.6 seconds in any of his encounters. Williams fired in century breaks of 108 and 102 on his way to progression.

The three-time Crucible king will now return for the second phase, where he will hope to continue to build his form ahead of next month’s Betfred World Championship. Despite failing to qualify for the upcoming Cazoo Tour Championship, Williams showed glimpses of his best form in reaching the semi-finals of the recent BetVictor Welsh Open.

“I thought I played alright all of the way through. I was lucky in a couple of frames. I was lucky to beat Florian, I got a snooker and won the first frame on the black and then won the next on the pink. It wasn’t as easy as it looked, but I’m just happy to be in the next group,” said 45-year-old Williams. “My aim was just to get to the Crucible without going to the qualifiers. I think I’ve done that now so I’m just looking forward to it and will enjoy it.”

The action continues on Sunday from 10am with three-time World Champion Mark Selby among the players in action. The first phase concludes on March 16th.