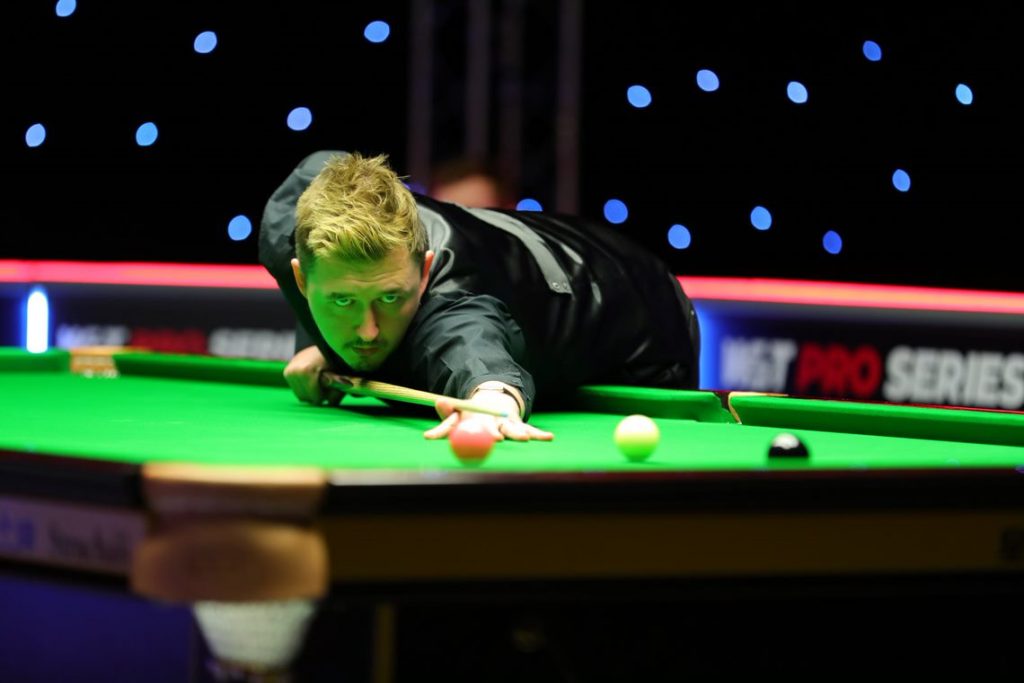 Kyren Wilson won a crucial deciding frame to beat Stuart Carrington 2-1 and top his group in the second phase of the WST Pro Series, earning a place in the final group.

World number six Wilson and number 39 Xiao go through to Sunday’s final group, joining Mark Williams, Ali Carter and four more players. The winner of that group will be crowned champion of the world ranking event on Sunday night.

An exciting group came down to the seventh and last round of matches, with Wilson, Xiao, Carrington and Woollaston all tied on four wins from their first six.

Four-time ranking event champion Wilson faced Carrington, with the winner sure to finish among the top two. Kettering’s Wilson took the opening frame with a break of 51, then Carrington levelled with a superb 137. The decider lasted 33 minutes, Wilson taking it with a match-winning run of 44.

China’s Xiao faced Lu Ning in his final match and won 2-0 to secure his progress. That result ended Woollaston’s hopes, even though he beat Robert Milkins 2-1.

Phase two continues on Friday from 10am with Barry Hawkins and Jack Lisowski among the players in action.