Wilson – Great To Be Back

Kyren Wilson enjoyed the York Barbican atmosphere and his own performance as he beat Soheil Vahedi 6-2 in the first round of the Cazoo UK Championship.

This tournament was played in Milton Keynes last year behind closed doors but now returns to its home in York, where it was first staged in 2001. Wilson made a 147 in the event last year and reached the quarter-finals – matching his best run – and hopes to go further this time. 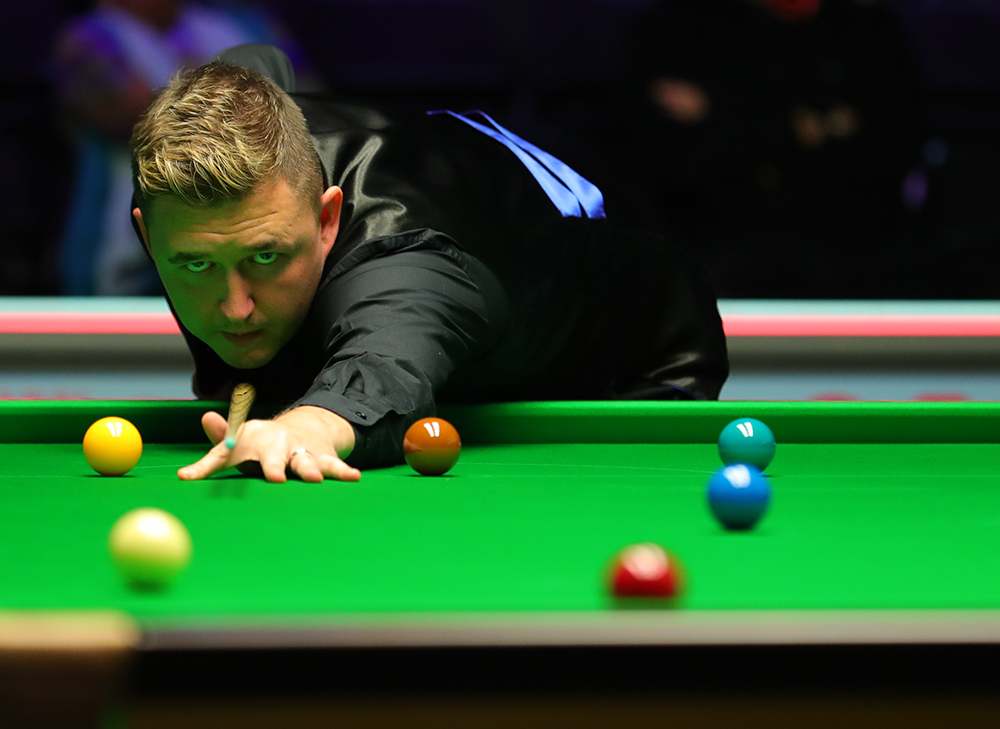 Wilson is a winner of four ranking events

The Kettering cueman was far too strong for his Iranian opponent today, making breaks of 71, 56, 110 and 86 as he set up a last-64 match with Jak Jones.

“That was a tough first round draw, Soheil has beaten a few top players so I’m pleased to get the win,” said world number five Wilson. “It’s brilliant being back here, the set-up is fantastic.

“There was a pretty good crowd in there for my first game which was nice, and the table played beautifully. It’s so good to be back in York. You want to get the first few rounds out of the way as the tournament feels more classy when the numbers are cut down, so I’m delighted to get through.”

Wilson suffered a 6-0 defeat against Judd Trump in the semi-finals of the Cazoo Champion of Champions last Friday but quickly put that result out of his mind with a weekend trip to Yarmouth. “I actually went and played in an eight-ball pool team event,” he added. “That was a bit of fun and a chance to release the shackles, I had a few beers and enjoyed myself.”

Last year’s semi-finalist Lu Ning suffered a first round exit against promising rookie Wu Yize, who top scored with 115 in a 6-3 success.

Zhou Yuelong boosted his chances in the Race to the Cazoo Masters as he thrashed Chen Zifan 6-1 with a top break of 80.