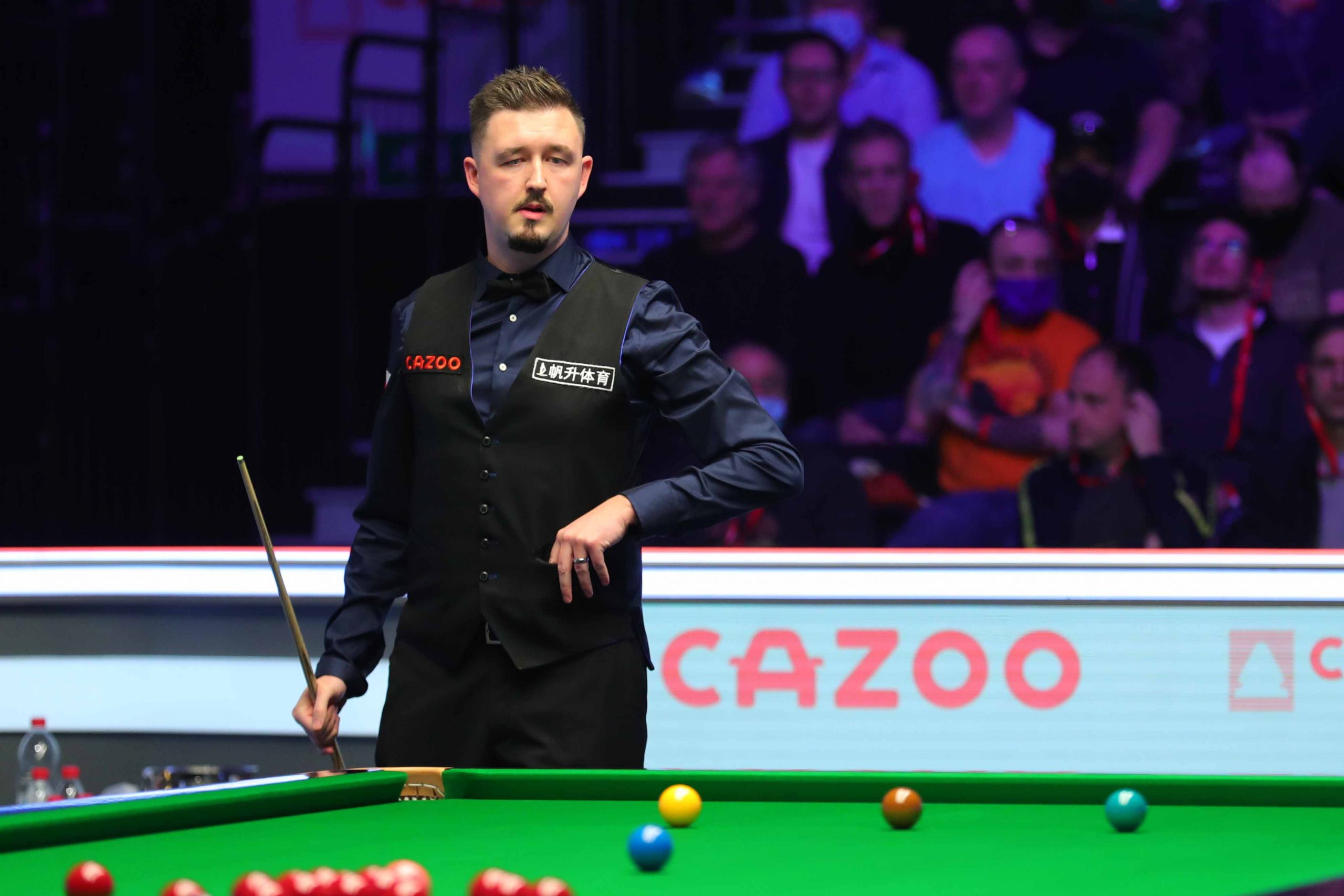 Kyren Wilson prevented history from repeating itself as he held off a Stuart Bingham fightback to win a thrilling opening round clash 6-5 at the Cazoo Masters.

The match mirrored Wilson and Bingham’s other Masters meeting at Alexandra Palace in 2020. On that occasion Bingham rallied from 4-1 down to win 6-4 and went on to win the title. The Essex cueman mounted a similar fightback this evening, but was eventually edged out by Kettering’s Wilson.

Former World Championship and Masters finalist Wilson is still seeking his maiden Triple Crown title. He will now renew hostilities with 2019 Masters and Crucible winner Judd Trump in the last eight. The pair met in a famous Masters semi-final in 2018, where Wilson won 6-5. He was denied the title by Mark Allen in the final.

Bingham was making his first appearance at the North London venue since winning the Paul Hunter Trophy in 2020. His title defence was forced behind closed doors in Milton Keynes 12 months ago due to the coronavirus pandemic. He will be disappointed to leave Alexandra Palace after an agonising deciding frame defeat on his return.

Wilson made an electric start this evening to charge into a commanding lead. The Warrior fired in runs of 57, 82 and 79 to move 3-0 ahead. Bingham remained in touch at the mid-session with a break of 96 to make it 3-1.

When play resumed Wilson extended his lead to 4-1 with a break of 83. The match then turned on its head in a dramatic sixth frame. Wilson had a chance to make a frame winning break when he honourably declared a foul on himself on the final red. Bingham pounced with a break of 20 to reduce his arrears.

Bingham then turned up the heat by claiming the seventh and he restored parity with the tournament’s highest break so far, a run of 139, to make it 4-4. Wilson showed his resolve to edge a frame from victory, but Bingham refused to wilt and a sublime 132 helped him to force a decider.

It was Bingham who had the first chance in the final frame, but he spurned a straightforward pink to the left middle on 31. Wilson edged his way back into the frame and it was decided by a  battle on the yellow. Eventually he deposited a fine long range pot and clinched the tie on the final pink. 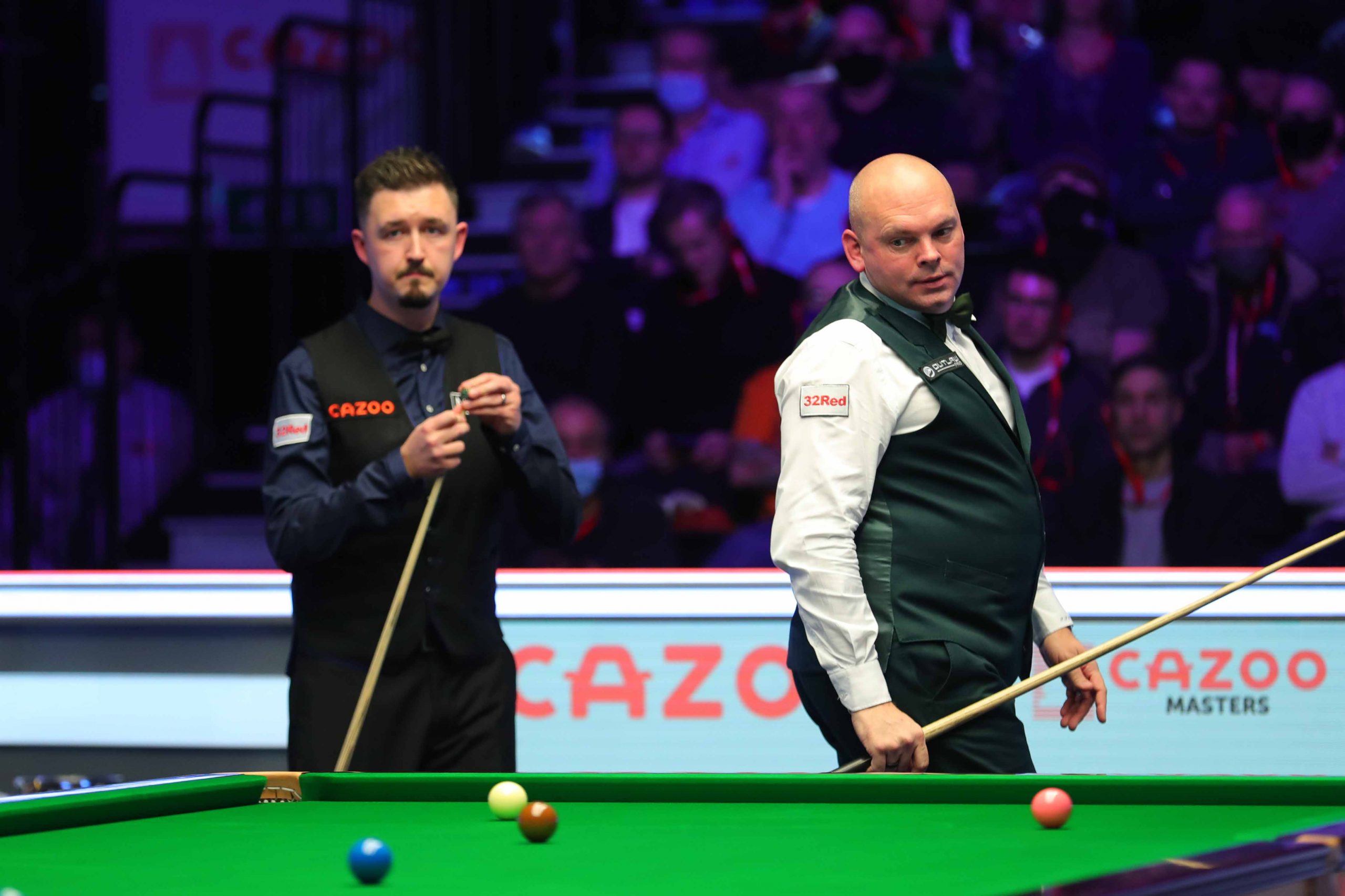 “I thought it was a fantastic match to be a part of. Feathering the white was a big turning point and that got Stuart back into the game. I was completely in control and sometimes these little things turn matches,” said 30-year-old Wilson.

“Snooker is renowned for being a gentleman’s sport. Honesty is always the best policy. As I was going up to the white I wasn’t sure if I had touched it, but my initial instinct was to get up.

“What happened two years ago was really in my mind. I am a little bit stronger than I was then. I probably let it get to me because he started to get the crowd on his side. The same thing happened tonight and the crowd got on his side. I am delighted I managed to keep myself in the present and keep myself composed to go on and get the win.

“It is going to be a tough match. Judd has done the same as me today to win a decider. We will both feel like we have an extra life after that. I will really look forward to the match.”

Bingham said: “I am absolutely gutted. The match had everything and it was great to be involved in. I had my chance in the decider and missed an easy pink in the middle. That is what it comes down to.

“At 4-1 he wasn’t missing. I knew that I felt good about my game. I am gutted because I felt like I could have had another nice run. Fair play to Kyren, he held himself together at the end there.”