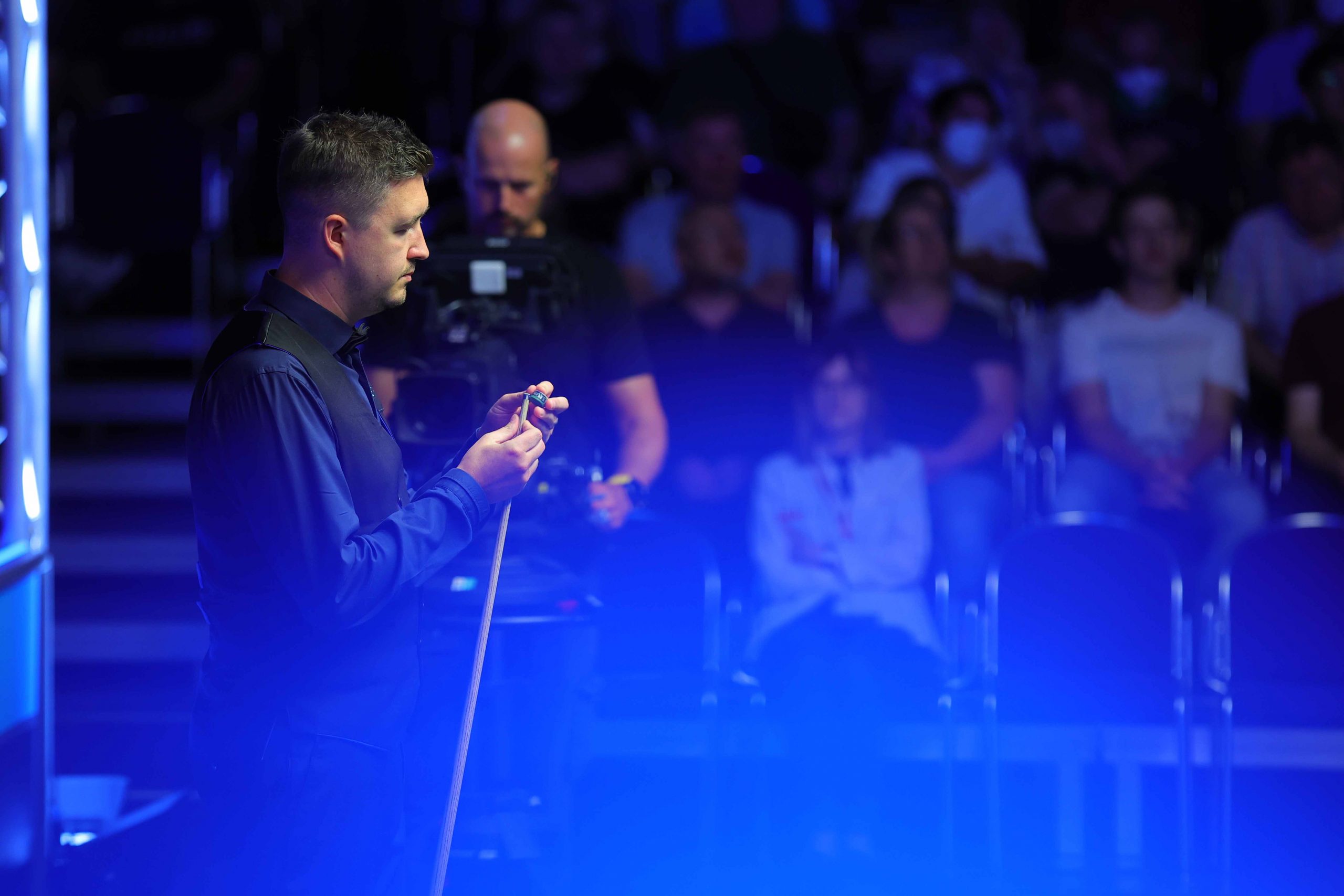 Wilson was the last player to lift ranking silverware at the Stadthalle, having won the Paul Hunter Classic at the venue back in 2018. That was the second of his four ranking titles to date.

The Warrior will have the extra motivation of trying to end a ranking title drought which extends almost two years to his win at the 2020 BetVictor Championship League.

He now faces either Mark Williams or Barry Hawkins in tomorrow’s title match, which will be contested over the best of 17 frames to decide who takes home the £80,000 top prize.

The event winner will be guaranteed to move into pole position in the BetVictor Series. The player who accumulates the most prize money over the eight qualifying events will pick up a mouth watering £150,000 bonus.

Essex cueman Carter took the first frame this afternoon, before Wilson restored parity at 1-1 by claiming the second on a re-spotted black.

A run of 71 saw Wilson take to the front for the first time. However, Carter immediately responded with a century contribution of 120 to head into the mid-session locked level at 2-2.

When play resumed, it was Wilson who took a stranglehold on proceedings. A break of 87 saw him regain the lead and he then added the sixth frame on another re-spotted black to establish a 4-2 cushion.

The Captain clicked into gear and breaks of 73 and 69 saw him take two on the bounce, to draw level once more at 4-4. Carter then led for the first time since the opening frame at 5-4 and moved himself just one from the win.

World number eight Wilson replied emphatically and forced a decider with a break of 75. He crafted a run of 53 at the start of the final frame and controlled the remainder of it to get himself over the line.

“I’m really pleased. Ali turned it on from 4-2. I missed a cut back red when it looked like I had taken the match by the scruff of the neck. He found his timing and he is an awesome cueist. You can’t afford to let him off the hook. I was pleased with how I responded at 5-4 down. I made two good breaks and kept the pressure on,” said 30-year-old Wilson

“He is comfortably one of the best match-players in the world. You know you have to be on top of your game and take your chances when they present themselves. It was one of those matches where I’d have enjoyed it either way. I’ve enjoyed it even more coming out on top.

“It is clear to see from this afternoon, and all day yesterday, what an amazing atmosphere and what an amazing venue it is. You have to give every credit to Brandon Parker (Wilson’s ex manager who sadly passed away in 2020). He brought us both here and the Tempodrom in Berlin. Germany is a huge market for snooker and if it was down to me I’d be playing here four or five times a year.

“Mark and Barry are two awesome players who are both on form and playing really well. Hopefully it goes 6-5 like this match and they are both shattered.”

Four-time ranking event quarter finalist Tian Pengfei is the latest to take the hot seat in our 'Get To Know' serie… https://t.co/uA1t2eN7Lq