Woollaston kicked his season off in fine fashion, beating China’s Zhang Jiankang 3-0 with breaks of 50, 44, 49, and 67. The Leicester potter then followed up with his second 3-0 victory of the group, against James Cahill with a top break of 91.

Group Three’s conclusion came down to the local derby between Woollaston and four-time World Champion Mark Selby, with Woollaston needing just a point against the Jester to book his place in winners’ week.

Woollaston made a superb 68 clearance to steal the opening frame on the black, before Selby levelled at 1-1. Another fine clearance, 78, put Woollaston 2-1 ahead and secured the group-winning frame he needed. And he finished in style with a run of 127 to complete a 3-1 success.

“I played really well, surprisingly,” said Woollaston. “I knew the last match was going to be difficult going up against Mark, he only missed one ball all game, but I managed to play well too.

“I just tried to get on with it when I had chances and clear up. I’ve not played much in the off-season, I’ve played for about two weeks for one or two hours a day, so it was a surprise to be as sharp as I was out there. I’d love to get back into the top 32 again this season, and the aim every season is to win a title.” 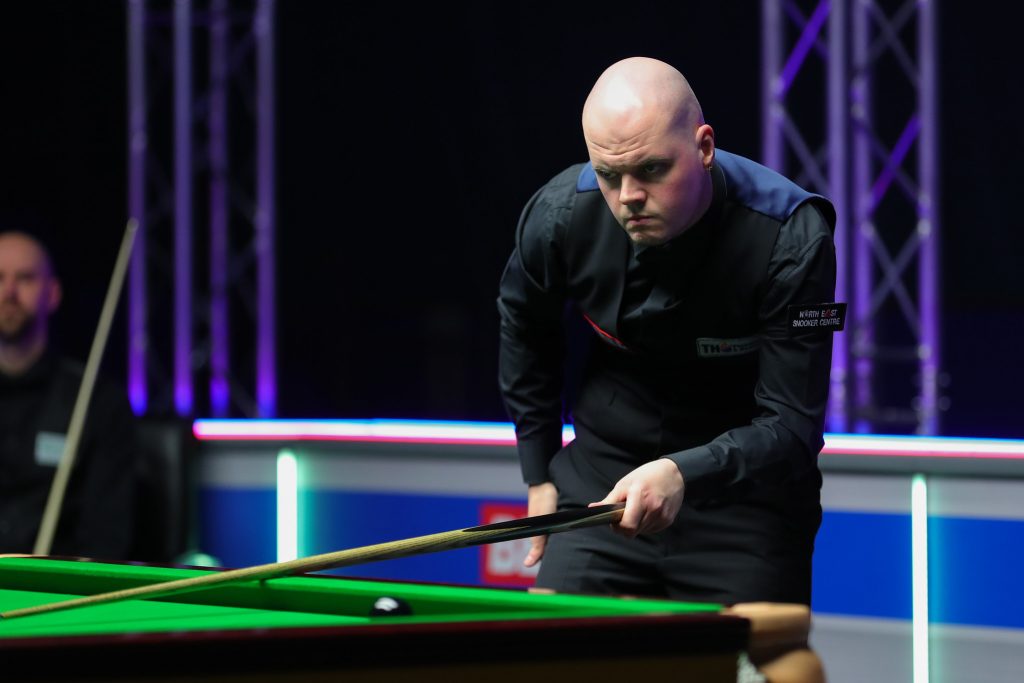 A 3-1 win over Kleckers got Slessor up and running, and he then made breaks of 67 and 79 in a 2-2 draw with Higginson. The final match of the group between Slessor and Perry was to be the decider.

Perry won the opener then Slessor went 2-1 up, setting up a sudden death final frame. In a fragmented battle, a break of 37 proved crucial for Slessor as it gave him the victory he needed to book his place in winners’ week.