The line-up of 32 players for next week’s World Grand Prix is now confirmed. The ITV4-televised tournament will run from December 14 to 20.

Thursday’s action at the Matchroom.Live Scottish Open concluded with the top 32 players on the live one-year rankings sure of their place in the draw next week. 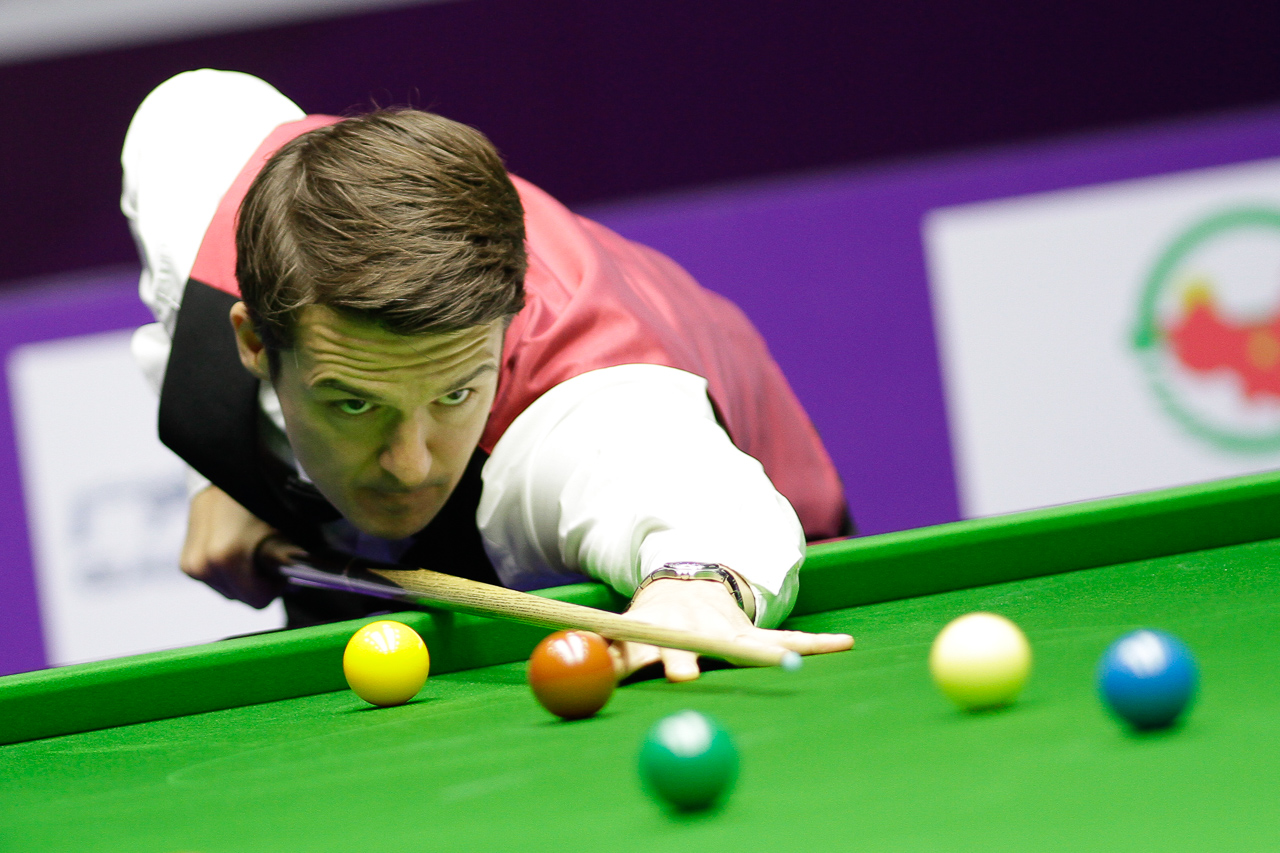 Six players are tied on a tally of £26,000, from Li Hang in 29th place down to Graeme Dott in 34th. As usual the ‘countback’ rule applies, which means that players are ranked on the basis of their performances in the most recent events.

Dott was knocked out in the first round this week while Thepchaiya Un-Nooh lost in the second round, so they miss out as the four players above them reached at least the third round. Li’s 4-3 win over Stuart Bingham on Thursday night (from 3-1 down) proved crucial as it vaulted him into the top 32.

But while the line-up will not change, the draw cannot be confirmed yet, as the seedings are sure to change before the end of this week’s event. The World Grand Prix draw will see the number one seed play number 32, number two face number 31, and so on. The only two matches already confirmed are:

Further matches and the schedule will be confirmed as this week’s event progresses. The 32 players are:

Fans across the globe can watch the World Grand Prix live – for details click here.