Snooker fans have never had it better! Sumo Digital and Snooker 19 developer Lab42 have launched WST Snooker for iOS and Android devices. 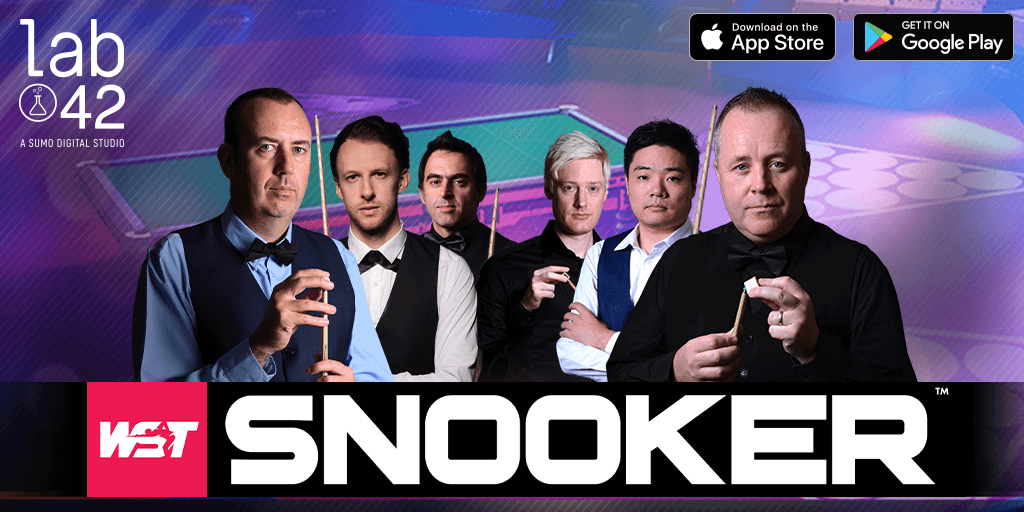 With the Betfred World Championship into the closing stages at the legendary Crucible Theatre in Sheffield, WST Snooker arrives as the only officially licensed World Snooker Tour game available on mobile.

Players can feel the drama of the World Snooker Tour as they compete in all 25 snooker tournaments around the globe – from the China Open at Beijing’s Olympic Gymnasium, to the pinnacle, the World Championship at the Crucible.

“With millions around the world gripped by the World Snooker Championship, we’re excited to offer fans the most extensive, authentic and polished snooker experience ever developed for mobile,” said Lab 42 Studio Director Ed Blincoe.

“We are excited to release WST Snooker on mobile devices,” added Gary Dunn, Sumo Digital MD. “Lab42 has enabled all snooker fans to join in the action and play at the Crucible at the same time as their heroes, and at every major championship around the globe!”