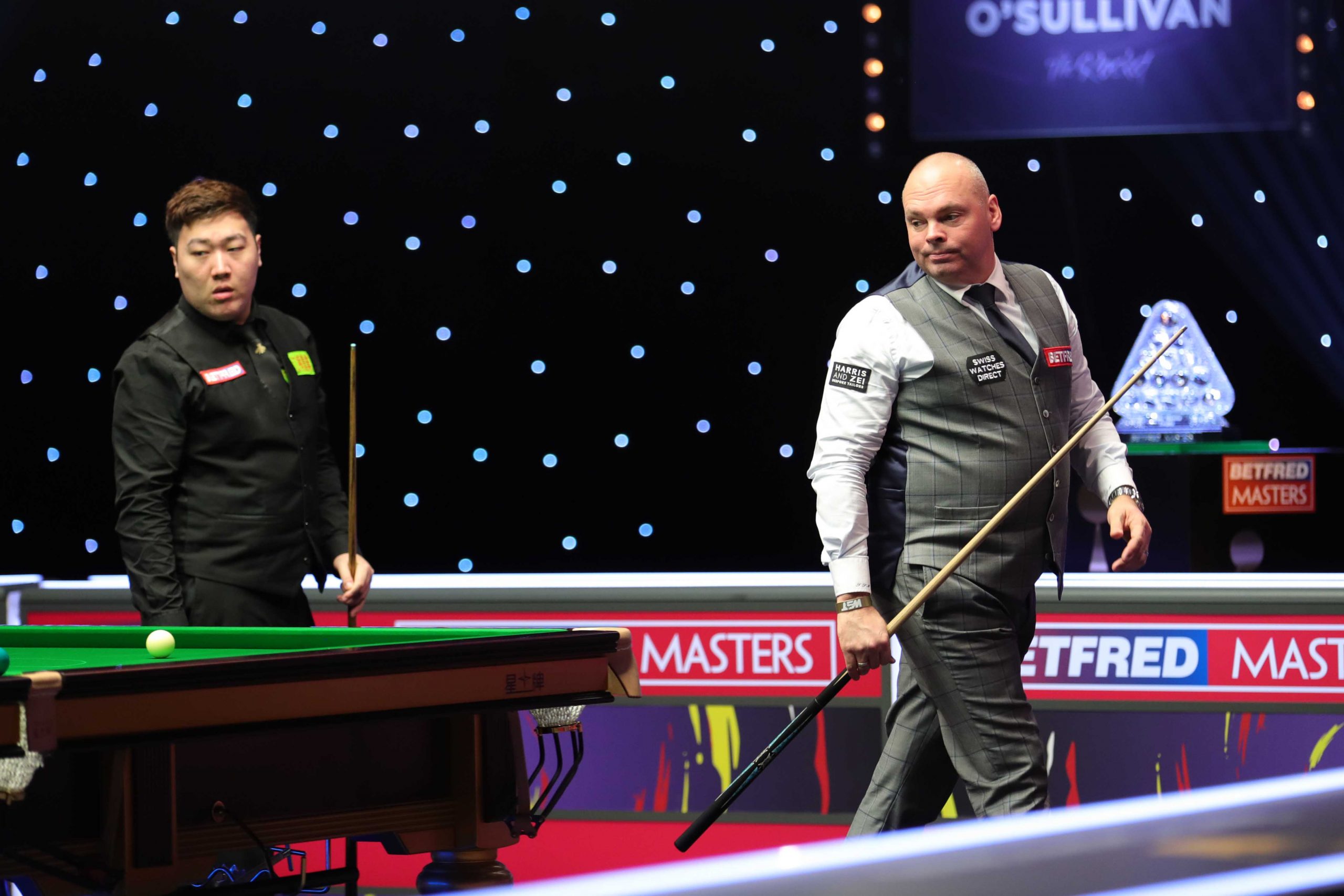 The win makes Yan the youngest Masters finalist since compatriot Ding Junhui, who was runner-up to Ronnie O’Sullivan in 2007. If he goes on to win the final, he will be the youngest Masters champion since O’Sullivan claimed the title in 1995 at the age of 19. Victory for Yan tomorrow would also see him become only the second Asian winner of a Triple Crown event after Ding.

It’s been a dream debut for Yan, who claimed his maiden ranking title at the 2019 Riga Masters and has since risen to world number 11, which secured his first ever Masters appearance.

All of Yan’s matches this week have been won by a 6-5 scoreline, beating Neil Robertson, Stephen Maguire and now Bingham in deciding frames. He’ll face either John Higgins or David Gilbert in tomorrow’s final, with the winner picking up £250,000 and the Paul Hunter Trophy.

A run of six consecutive Masters match wins for Bingham comes to an end. The Essex cueman defeated Ali Carter 10-8 in a thrilling final 12 months ago. However, defeat today sees him fall short of this year’s title match.

It was Bingham who stole this afternoon’s opening frame on the black, before Yan restored parity at 1-1 with a run of 94.

Yan had looked in position to win the third after composing a break of 67. However, a clearance of 47 saw Bingham steal on the black for the second time in the match. He went on to consolidate his lead with a run of 87 to hold a 3-1 advantage at the mid-session.

They then traded frames, as Bingham edged into a 4-2 lead. From there, the momentum in the match switched as Yan claimed three on the bounce, including breaks of 63 and 100, to move a frame from the final at 5-4.

Yan steadied himself and fired in a fearless break of 65 in the final frame to seal a famous victory.

Yan said: “I didn’t expect to win another decider, but I was really pleased I got through. I was very nervous in the final frame. My body started shaking, but I’m happy I held my nerve.

“I don’t want to put too much pressure on myself. I will take tomorrow in the same way as the other matches. I am already happy to reach this far.

“All my family and my girlfriend were watching and they have already sent their congratulations. They are very happy for me.”